Ever Since I Was A Child, I’ve Wondered If A Woman’s Life Is All About Compromises And Conflicts

Is there some rule about a wife always listening as the husband does all the talking? And why is a woman's life all about making compromises all the time?

Is there some rule about a wife always listening as the husband does all the talking? And why is a woman’s life all about making compromises all the time?

I was born and raised in a small village in south India. We didn’t have our own television till I was seven years old. My brother and I used to ask our parents why we didn’t have a TV like all our friends and cousins did. What we didn’t realise the, was that a TV was a luxury item, a status symbol.

Meanwhile, our cousins had their own entertainment zone where we were not allowed. I remember asking my maternal uncle to allow us to watch TV. That’s when he told me that my parents didn’t earn much and we belonged to a lower class. They were rich, it seems.

We were rarely welcomed anywhere

Among the entire clan of cousins, my brother and I were the least privileged. And despite that, we never showed our feelings to others. Neither did we let anyone criticise us about financial status and caliber. Once the two of us understood the value of money, we strived to be better in studies than our cousins.

The reason I brought this black and white story here is that I have a few more sad memories to share. I remember my parents quarrelling a lot and at such times, the TV at my friends’ or cousins’ place was my escape. But I rarely was welcome there since my parents’ loud fights would reach their houses before my brother and I did.

I still remember when I was three years old and I saw my parents fight for the first time. At that age, I didn’t understand why they were fighting and I grew up with more fights in the house than good memories. And while the fights were a part of our lives, our parents never stopped loving us or caring about us.

Why couldn’t they come to an agreement about one thing?

As time flew, I realised that my parents, though educated, rarely had the same opinion on anything due to their egos. I’m not saying they shouldn’t have had different opinions, but when it comes to family, they rarely agreed with each other. Quite often, they pointed out the other’s mistakes making it a stepping stone toward another quarrel.

Why is it that in India, the wife listens while the husband is the only one talking? Is there some rule written down about this? As the a wife and a mother of a five year old, today, I still don’t understand why my parents never compromised or came to an agreement on at least one topic.

Even in my own married life, I have seen the same happening. When I first came to my in-law’s house, I saw the same command my father-in-law had on my mother-in-law.

Initially, even my husband tried to do the same. He tried to have a similar command, control, over me. But then, I learnt that it was his mother who gave him this training. It was his mother who told him that if he controlled his wife, he would be called a good husband.

When I first heard her say this, my mind was numb and I couldn’t think of anything at that moment. Given how the woman was in this situation, she could’ve advised her son against it.

She probably should’ve thought that no other woman should go through something like this. But I think they only care about their sons and forget that the other person is a woman too.

Do we really deserve these kinds of fathers and husbands who don’t respect the women in their lives? Is it true that life is only about compromises and conflicts but not about love and understanding? 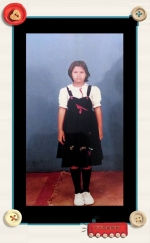 A Daughter, Wife, Mom and an IT Professional, Passionate Cook, Chocolatier, and a runner behind my Son :) read more...

Are Modern Women Surviving Or Suffering In 9 To 5 Jobs?