Let The Courts Decide Rhea Chakraborty’s Guilt. How About We Look At Our Sexism?

While the media claim that they show what viewers like, can they disclaim their impact on mindsets with such sexist content?

While the media claim that they show what viewers like, can they disclaim their impact on mindsets with such sexist content?

Sushant Singh Rajput’s untimely demise felt like a personal loss and I pray that no family/parent wakes up to such heart-breaking news. He and his family members indeed deserve justice and all our prayers are with them.

Rhea Chakraborty may or may not be guilty, it is for the court to decide.

This post is not meant to defend anyone or hurt anyone’s feelings. This post is simply meant to highlight the sad reality of a women’s place in society and where we all stand in 2020. Each one of us somehow faces the same challenges on a daily basis. A woman born in India endures a certain level of bias and discrimination, daily soaps, and news channels perfectly sum it up and show us the mirror.

Nowadays, there are a few news channels who are running the story on SSR, Rhea, and every other person who is even remotely linked to them, 24/7. They have interviewed almost everyone, even grabbed and interviewed a few passers-by just to create a piece of breaking news. The speed of breaking news on this topic is greater than the speed of light.

If we look around there are so many real issues that actually need urgent attention like road safety, jobs, environmental pollution, health issues, and what not? But who cares as long as we have brightly flashing gossip generating breaking news on our screens, the filthy garbage? Pollution, job losses, rape, poor road conditions, and everything else wrong with this country doesn’t really matter.

The ‘perfect’ villain? Because she is a woman…

At the moment, in Rhea Chakraborty, we all have found the perfect villain to focus all our energies. Until some next masala topic comes on our screens, we will consume this news. There are people who have actually claimed on live television that “Rhea was brainwashing 34-year-old Sushant, she is a gold digger, a hijacker, she is from Bengal so her using black magic is obvious, such kind of women are now taking birth in India, never worn salwar kameez, vishkanya …..and much much more.”

Sooraj Pancholi was named in Jiah Khan’s suicide letter, did he undergo this media and social media trial? NO.

Disha Salian’s last video before death was with her fiancé Rohan Roy, did he undergo this media and social media trial? NO.

This is a perfect example of the ‘Babu Beta’ culture of our society. Innocent or guilty, these routine tags are always given only to a woman by typical pallbearers of society. Have you ever heard of any man being called a Gold Digger? A House Breaker? A Black Magic Expert/Witch? A Brainwasher? A Vishpurush?

No, men are just perfect!!

Are men just overgrown kids that they are ‘controlled’ by women?

Anybody who is following the news, have been spoon-fed into believing that Rhea controlled Sushant. I seriously want to know how the whole control thing works.

I am a Bengali and have still not been able to control… err… train my dog let alone my husband. Whenever I ask/ request/ beg my dog to do very basic things like sit and fetch, he yawns back at me. Guess I will have to keep following the Indian media, maybe someday they reveal the Control Mantra. Then I will use my superpowers and control my husband and make him eat healthy food with me. Pun intended.

Even in 2020, a fully grown-up man is considered a kid. It seems as if when it comes to the women in his life, he can totally be brainwashed. For very obvious reason, if he goes against the family’s traditional decision-making, either his girlfriend or wife gets blamed. At times we blame mother too, when the pampered ‘Ladla Beta’ turns out to be a total spoilt brat.

Let’s shift our focus from the news and choose any other channel or topic.

Most serials are still stuck in the medieval age. A classic example is the light comedy show ‘Taarak Mehta Ka Ooltah Chashmah’ ranking 8/10 in IMDB.

Indeed, the show is well made. But the sad part is that all lead women characters in the show are stuffed with sanskaar; like super stuffed – ideal vichaar, no high career ambitions, gives a free-hand to their husbands. Just Perfect!!

When the lead character Jethalal Champaklal Gada ogles his neighbour Babita Iyer, dropping his jaw, we hear a weird jingle Aye haye meri Jaan. Would we accept the show if Daya Bhabhi shows the same feelings for Mr. Iyer? Would Jethalal tolerate it?

In the initial episode, Jethalal keeps insulting his wife in front of everyone, scolds her when Tapu (their son/ladla beta) does some mischief, mocks her for being dull, and for other things. The viewers are expected to laugh at the sexist jokes. The ideal bahu still keeps all the fasts and loves her husband no matter what.

This is a classic example of what is expected from a woman in an Indian household.

And of course this is lapped up as ‘culture’

And just because popular news channels and daily soaps show strong support towards an age-old bias against women, there is a huge section that considers it to be right and expects a woman to adjust accordingly. Copying what we see or hear is a common human behavior classified as “mirroring” which is being studied by psychologists for a long time.

Now the media and daily soaps channels claim that they show what the viewers like, and it is the viewers who should stop watching TV if they are not happy with the content/story. Agreed.

But what if all the channel owners decide to take the high road and use their authority and power to change the content they air? What if the powerholders say no to gender bias? Say no to sexist jokes and personal tags? Say no to discrimination? Say no to insults and sarcasm? What options would the viewers get then?

It is high time that we all change today for a better tomorrow.

A passionate writer, who loves to pen down her thoughts/stories and enjoys as the rhythm of her words dance in sync with the readers. read more...

Smart And Methodical Steps For Turning Your Passion Into A Career 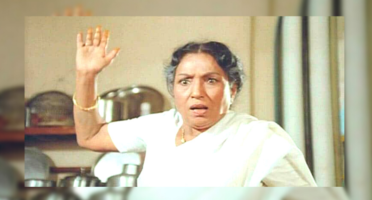 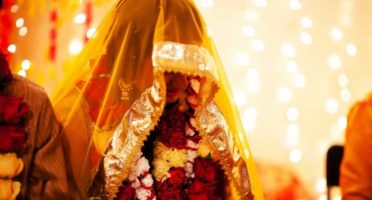 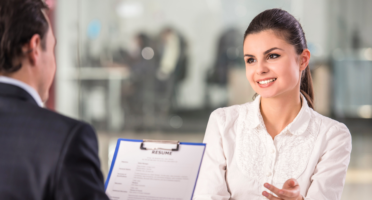 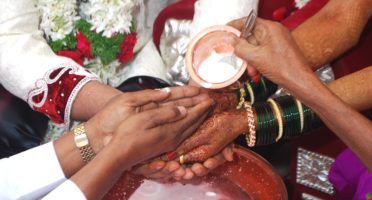 Don't Lose Hope; Make It Easier On Yourself By Doing A Job Search Using Boolean Method