If there was no feminism, where would we women have been? Still shackled. So never diss feminism, you naysayers!

If there was no feminism, where would we women have been? Still shackled. So never diss feminism, you naysayers!

Humans never cease to surprise, trouble and often amuse me. Why are most of us so easy to offend? So geared with a propensity to fuel and fire up instead of being accomodating and tolerant.

We live in a time which is fraught with fear, suffering, death and uncertainty. If one were to go by songs, poetry and news bytes under Covid hashtags trending the world over, social media is brimming with messages of solidarity and a shared destiny, the world being unified in this time of distress. Yet we are wonderous creatures, capable of wheedling out issues where none exist, taking umbrage when nothing is meant to offend. And this extends to those fighting for their rights and those of others.

How is my feminism a problem?

I have always been a feminist, not shouting it out from the rooftops but in my own way and my words, through life I have battled all the issues that affect me as a human being, not just as a woman, and I have spoken within my sphere of influence and outside of it every time I must.

Does that make me a weak model of womenkind? That I can have the sensitivity to look beyond the struggles of my kind? No, it doesn’t. I think it makes us more human and inclusive. To have the ability to see more, feel more. But this inclusivity doesn’t make me obtuse to the problems of my tribe either.

Hence it irks me when vitriol is levelled at feminists who speak out against other injustices. This doesn’t seem to go down well with some people. After all, how can feminists identify with another cause when they are so hell bent upon highlighting their own problems, not fighting for equality in general, but women?!

These finger waggers are the same people who say they stand for equality but take umbrage and question the need for certain beleaguered or oppressed communities or people of a certain orientation or sex to single themselves out and fight for their rights.

What is the most common prefix for a feminist these days? Bitch. Just rolls off the tongue.

You call out someone’s rude behaviour, talk about historical discriminations even as an academic discussion, appreciate a women centric commercial or movie, support a strong headed woman or community, stand for movements like #blacklivesmatter or #metoo, speak your mind about bodyshaming, even haggle too harshly with some one at a mall, and it comes at you faster than you can blink.

In fact, if you explore some search engines, the most commonly asked questions on the words are ‘Why are feminists so mean?’ and ‘ Why do we still need feminism?’ The top hit for the first question was ‘…nearly all of them are man hating, mean, selfish people who take their female status to take advantage of the world.’ Wow.

‘For the greater good of the family’

I don’t hate men. In fact not at all.

I am blessed to be born in a family where men, well, most of them, are reasonable, kind, normal people who aren’t deified or vilified.

But I don’t lose my objectivity. Just because I have men in my life who treat me as an equal doesn’t blind me to the fact that for centuries women have toiled to be accepted as thinking, feeling individuals, fighting for basic rights, some to vote, some to earn, some to survive, some to not be treated as sex slaves. Because I haven’t forgotten that not very long ago, some women in my own family were treated like naukranis by their in laws, women who bid adieu to their passions, their choices and careers to childrearing, whose dreams and needs and wants were squashed daily ‘for the greater good of the family’.

I have been through similar toils in the workplace and life, fending off loose, sexist behaviour, discrimination and societal attitudes.

But we certainly still need feminism

It hurts more when women opine that we don’t need ‘feminism’ as a movement anymore, some of whom include strong willed men who identify with the cause.

I on the other hand thank god that it exists. Because if it  didn’t, I would not have had an education of my choice, or married the man I love, or switched careers or even had one, voted or dressed the way I wanted to. Despite all the talk and cudgels against the oppressors, the battle isn’t won. Thousands of women die every day, for thinking, feeling, speaking, fighting for what they believe in, in places we have heard of and some that will remain unknown.

The curse of objectification

A few months ago, my husband and I watched a video that was floating online. A lady dancer, part of a troupe, was performing at a wedding where guests were sitting around with a gun. She stopped dancing for a second and she was shot in the face for it. My husband couldn’t sleep and I cried the whole night.

Yes, this might be an extreme example, but not just one of lawlessness. The man did what he did because it didn’t warrant a further thought. She was an object, without feeling or a life. And as long as women and children are raped, denied what should come naturally to them, beaten, abused and discriminated against, I think its fair to call this a fight and let the feminists battle on.

This is a problem, and not calling a problem by its name dilutes its gravity. And naming it doesn’t mean it shames any other community or cause, as it stands on the same tenets as any movement does. For equality and for what’s right and just.

Register at Women's Web to get our weekly mailer and never miss out on our events, contests & best reads - you can also start sharing your own ideas and experiences with thousands of other women here!
women's lives 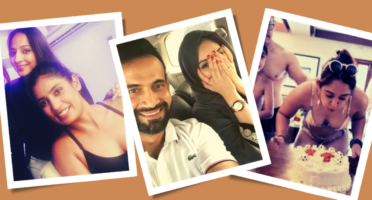