The richest temple in the world bans salwar kameez again and makes it to the news. If you are religious, its time to focus on your relationship with God, rather than women's clothes! 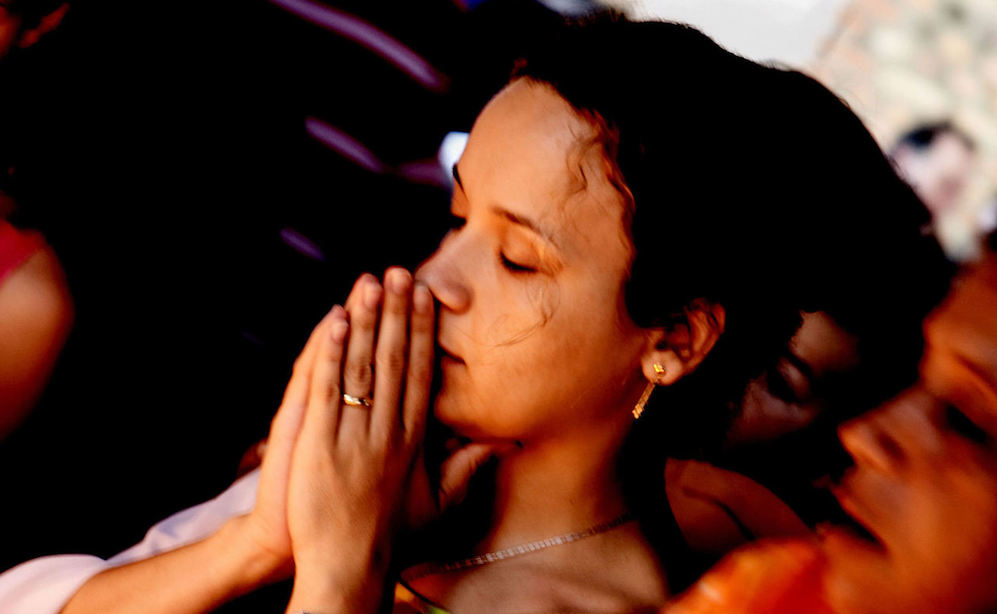 The richest temple in the world bans salwar kameez again and makes it to the news. If you are religious, its time to focus on your relationship with God, rather than women’s clothes!

Recently the Executive office of the Sree Padmanabha Swamy temple, the richest temple in the world, passed an order allowing women visiting the temple to wear salwar kameez. The order was the outcome of a petition filed by a Thiruvananthapuram native in the Kerala High Court seeking its intervention after her petition to the temple authorities.

Accordingly, a hearing was conducted two weeks ago seeking public opinion on the matter. The Executive Officer’s order stated that women overwhelmingly supported being allowed to wear salwar kameez into the temple.

Traditionally, the dress code for women visiting the Sree Padmanabha Swamy temple was either a sari or a skirt with blouse or other top as they chose (usually based on the age of the wearer). For men it was a dhoti, with or without an angavastram. While churidars and pants were allowed, women had to cover them up with a mundu before entering the temple complex.

This had triggered a campaign by women seeking a relaxation of the dress code and permission to wear salwar kameez as the mundu over the dress made a mockery of the temple dress code.

But the order was of no use, since activists belonging to some Hindu outfits as well as some senior temple authorities opposed it and stopped women in salwar kameez from entering the centuries-old temple a day after the order permitted it.

My mind is filled with too many questions that have no answers. Why there should be a dress code rule in temples? I respect the sanctity of religious places and it is my personal view that we should not wear revealing outfits when we visit a temple; however, a churidar-kurta or salwar-kameez is clothing that fully covers the body; then why should there be such a ban? In fact, it covers more of the body than a sari, so why should it not be allowed in temples?

With Kerala being the most educated state in the nation, I feel that it is really a shame that some ‘activists’ are still adamant in their outdated visions. Being a Keralite myself, I still see that many do not allow women in salwar kameez to enter, and men too if they are wearing wearing shirts/pants. (Men are only allowed to enter in dhotis.)

I have seen many times how people who have travelled from far off places are seated outside after being denied entry into the temple since they didn’t have dhotis with them. Nowadays, woman are more comfortable with churidhar/salwar kameez/kurtas due to their varied job profiles and the flexibility it gives us to travel in today’s busy world.

I have a question to people who deny this entry – has God passed this rule of imposing such a dress code in temples? We go to temples to relieve our tension and to pray wholeheartedly; who has allowed some people to deny their consent to other devotees? God will never deny his devotees the chance to see and worship him, but highly educated, yet superstitious human beings bring in new rules in the name of God.

Devotees, and especially female devotees are restricted in so many ways when it comes to temple entry. Can’t we pray wearing our comfortable outfits? Is there any scientific or logical reason behind this? Undoubtedly not.

It is high time that we are not bottled-up by such ignorant, superstitious people and instead stand up for ourselves and righteousness. We really need to question these absurd rules that impose such restrictions based on our identity as women.

A poet by heart, environmental and social activist,she is keen on social issues concerning women, children, nature lover and a dreamer.  She desires to bring transformation in the mind of people raising voice on read more...

"Women No More Safe Still In This Era"

The Sabarimala Issue Makes Me Wonder- Are We Really Living In The 21st Century?

A Mother's Plea For Justice; The Jishnu Case From Kerala Is Heart-Rending

We Need To Do Something About The Misogyny In Movies Causing Violence Against Women Now!