The Rise Of The Feminazis: Hey There! We Are Feminists, Not Terrorists

Do you get accused of being a feminazi just because you speak up for women's rights? Point them to this post right here. 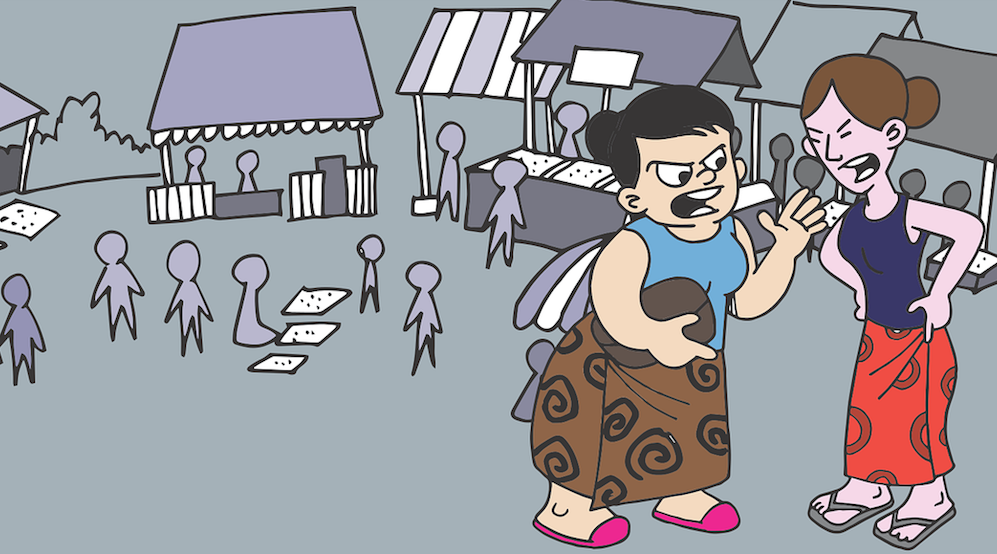 Do you get accused of being a feminazi just because you speak up for women’s rights? Point them to this post right here.

There’s a serious epidemic in the world today. Feminism is spreading like a malignant cancer.

It’s a sad state indeed for all the menfolk around. The grave decrease in the male population has reached alarming proportions – missing male infants and an increased killing of male adults.

Blame the man-eating Feminazis and their beef (pun intended) with the poor hapless male victims. Being male is their only fault. And a fatal one at that!

Feminazis are aborting male foetuses and abandoning surviving male babies in the trash bins. Who wants these dictatorial liabilities anyway?

Oh! The boys have been having way too much fun at our expense for way too long, justify the evil Feminazis.

The Feminazis are on a vicious mission for a whole New World Order. The men who survive are being domesticated and told blatant lies. Lies that it is a woman’s world and they have to conform and adjust to the matriarchal system.

Religion deems them as Gods but without any powers. Pretty much, the impotent Gods! The Feminazis justify their vile act by calling them treasures akin to gold and diamonds. Precious jewels meant to be locked in the cupboard safely and stripped of all rights. The tough Feminazis are self-proclaimed stainless steel roaming around menacingly in the darkest hours of the night. They have taken over the streets literally. Boys and men are being groped, their clothes ripped apart and gang raped every single second in some part of the world. Little children are not safe anymore even within the four walls as many pedophile Feminazis have been reported, seen lurking in the churches waiting for their next ‘Lolita’ opportune moment.

Many men have reported a drastic rise in Womansplaining. They are told what they can or cannot wear. The female gaze is all over the place. Some men have taken refuge in the male Hijab in order to protect their dignity and safety. And, some males prefer flaunting their all in their tiny male thongs. While some call it a brave act of liberation, some call it crass objectification of the male anatomy – a perverse bodyshop.

An increasingly horrifying proportion of men have gone reported missing from workplaces after marriage and fatherhood especially. Marital rape is their reward at night. They work twice as hard, with many beginning early and denied any access to education. The irony is that with increased responsibilities come decreased power. All land, property and asset ownership are in the tight control of the Feminazis. Even if the property is written in the name of the men, it is strictly for cosmetic purposes only.

God forbid, the wife dies, the unfortunate widowers are ostracized by their Feminazi family members for fear of their inheriting property and seducing other gullible females. The widowers are whisked away to a holy centre where a lifelong celibate life of spiritual purification beckons them.

Men are pimped and sold by their own relatives when poverty starts acting too much of a bitch. Holed in dingy brothels and abused without any protection, these men wish they were born as sacred cows when they contract STDs.

The masculine libido and desires are suppressed and misrepresented in the media. Objectification of the penis is commonplace as is of the bulging biceps and 6 inch chest of gold. Being referred to as ‘maal’ (treasure loot) and ‘Item’ is a double handed compliment. But, men have grown accustomed to such references and even strive to live up to the subhuman standards and expectations. For those who take too many liberties with the true representation of men in the media, sure death lies in the waiting.

The evil Feminazis are on a rampage beheading men, chopping off their testicles, sipping and drinking their blood in a sadistic pleasure of victory. There is no end to their atrocities and madness.

Who will bring justice to the menfolk and contain these ravenous Feminazis?

Who will tell these dagger-mouths to stop ranting and get cooking quietly in the kitchens and wildly in the bedrooms?

When are the Feminazis going to be feminized?

Will the good old days of Patriarchy Rajya make a revival again?

Is there any hope on the horizon for the men on this planet?

So many questions but the answers are yet to trickle in.

(Author’s Note: This satirical article is written in response to all those who view Feminism as a joke and dismiss Feminists as ‘Feminazis’. C´mon chill! I’m a feminist, not a terrorist. On a serious note though, comparing Feminists to the Nazis or any terrorist group for that matter holds deeper connotations. Terrorism exists in the world because there is injustice and inequality. Much alike, Feminism exists because women are suppressed even in the 21st Century. But, all similarities end there. There is simply no justification for terrorism no matter how grave the reason. But Feminism is wholly justified. Feminism is a non-violent movement for a gender equal world much like Mahatma Gandhi’s Independence movement for India. So, every time, someone ‘not-so-wise’ tries to minimize women like me as ‘Feminazis’, I proudly agree with them.  Yes, I’m a Feminazi, boldly and unapologetically!)