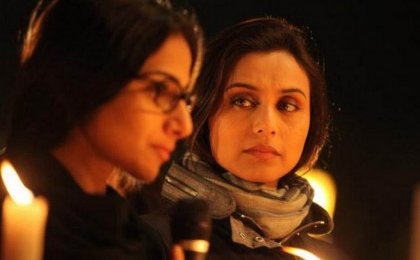 For years, victim blaming has been a common way to go about after a crime takes place. It’s high time we change that and support them. Here’s why.

We get good education, upbringing and are generally allowed to pursue our dreams. So, I do feel privileged as an Indian woman living in a democratic country. But your condition from an independent woman living a respected life changes the moment you become victim of some crime.

For no fault of yours, you are treated like you asked the assaulter to brutalise you. I feel there are some issues related to women that need to be dealt with more sensitivity by the people in India. We fail as a society when it comes to showing respect and giving women the freedom when it comes crimes against them.

I agree, that there are crimes against women in every country of the world and essentially the same numbers as well. But the difference is that the people’s attitudes towards the victims.

Why should Indian women empathise?

Here I want to discuss why Indian women must empathise with those who survived crimes. I believe it is very crucial for the upliftment of the Indian women.

There are a large number of crimes widely spread in India against women. In all these cases, the Indian society generally fails to empathise with the survivors.

On the contrary, people often go to the extent of blaming the victim for instigating or provoking the assaulter. I am not talking about the men who blame women. But several women too, criticise, humiliate and blame the victims.

I strongly feel 50 percent of the problem can be solved if we, as a society, change our attitude towards the victims. The victim is already broken from all the physical and mental trauma that she had to go through. Add to this, she the treatment from everyone in the society makes her even weaker. This leads to a lot of survivors taking their own lives just to end the suffering.

Why does the survivor of a crime feel so worthless in our country? She isn’t given the same respect or the freedom to live her life like a ‘normal woman,’ why is that?

Some questions need to be asked

A rape survivor in India is treated like someone ‘impure.’ Like someone who should hide her identity and give up all her dreams! She is made to forget her dreams of education, job, or even finding a suitable match for herself. Why? Isn’t she a girl with the same mental capability or talents anymore?

Similarly, a survivor of an acid attack is considered to have a scary face. She is denied her rightful place in society, as if she herself asked for the assault. Neither does she have a good chance of getting a good job or even getting married.

A domestic violence survivor is hushed by her own parents and family to ‘save family honour’. She has to tolerate the mental and physical abuse endlessly and keep quiet as there is no support from the society.

Don’t we have any responsibility as a society towards our Indian women facing crimes and violence? Don’t they deserve to live as normal a life like anyone of us?

Elizabeth Smart, an American woman, was kidnapped at the age of 14 and raped for months. Today she is married and is a mom to 3 kids. Elizabeth leads a respected life and motivates women like herself to live normal lives. Do you think you could find even one such example in India?

The only request I have is for the women to give the same kind of treatment to the survivors as you would, had they, unfortunately been someone you knew.

Let’s be more human and have empathy

If we fail to feel the pain of our counterparts, we fail as human beings. Women are considered to be loving and understanding for everyone around them. If that is so, then why do we often fail to empathise with those who need us the most?

Even if we cannot expect much from men, (which is the next step to be considered), women must unite if we really want to see a change in women’s plight in Indian society.

Let’s pledge to never ever blame the survivor for ‘bringing the assault on herself’. Why not lend them a helping hand in whatever way we can by being loving and sympathetic towards them?

We have to make them feel loved and continue to believe in their worth. Just an episode can not ruin anyone’s life.

Keep rocking wonderful women, since every woman is wonderful! 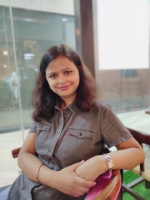 Survivors Of Rape Are Humans Too – It’s High Time We Treated Them Like That!