Leaving her parents’ home after marriage and going to her in laws' home should be a woman’s decision. It shouldn't be forced upon her in the name of tradition.

Leaving her parents’ home after marriage and going to her in laws’ home should be a woman’s decision. It shouldn’t be forced upon her in the name of tradition.

The cry of Indian women! It is tragic that a daughter must move out of her own palace (her sweet home) and away from her parents’ home after marriage.

It is a matter of overwhelming joy that a lot of parents in the current generation have stopped differentiating between a son and a daughter. They give equal rights and the same amount of freedom to both girls and boys, but there is a catch! For the daughter, her freedom ends after her marriage. Post marriage, a girl’s freedom gets seriously curtailed; the decision to leave her parents’ home after marriage is often forced upon her and is not of her own free will.

It sounds better when we hear that there are people who are rejoicing over the birth of a baby girl. But the question is, for how long will they continue to feel happy, is there an expiry date to this longing? It sounds bitter when the princess you loved the most, suddenly becomes ‘paraya dhan’ (somebody else’s property) someday.

Also, how are parents of a woman less important as compared to the parents of a man? So much so that they must be venerated and taken care of, while the girl’s parents are often considered a formality/burden, and ignored?

The point to highlight is how can we justify gender equality, when both men and women, who have similar roles to play in looking after their parents, are required by a patriarchal society to behave differently by virtue of their gender?

Why this injustice among Indian women?

What about parents with only daughters in the family? Who will look after the girls’ parents when she has left for her husband’s home? Why should such parents struggle and be left all alone?

And imagine how will such a daughter feel? She often feels deeply hurt and stressed out that her old parents are left to fend for themselves. But she still tries to move on and manage affairs in a cordial way when it comes to looking after her husband, children, in-laws, and all the family affairs.

A successful marriage is one where the views of both the bride and groom are taken into account. Both families come together and mutually decide to be together. So, after marriage when wife and husband become one unit, both the families must also unite.

In our society, in a family where there are both sons and daughters, the empty space created by a daughter’s departure to her husband’s home after marriage gets filled by the arrival of the daughter-in-law. The daughter-in-law becomes the defacto caretaker for the boy’s parents as well. There is bhabhi (brother’s / brother-in-law’s wife) to take care of sisters/brothers-in-law.

But when it comes to a family where there are only daughters, happiness fades with the daughter leaving her maternal home. With each passing day, the house becomes emptier and lonelier.

We are two sisters…

Between my sister and me, I was the quiet one whereas she was the talkative and lively one. After my sister got married and left our home, all the charm and liveliness just vanished from the house. She was like a never-ending chatterbox who would not stop talking. Now she gets worried about mom because she is not at home to help her in the kitchen as she used to do earlier, or the way she does now for her mother-in-law. She knows well that I will take a good part of an hour just to prepare two cups of coffee. My parents dare not dream about a daughter-in-law (who would be like their own daughter) because they will never get one. My sister recollects the golden time spent with dad too, as she was the one who used to have endless discussions with him and now there is nobody to talk to him the way she did.

She always cared about me and the little things that made me happy. Be it making presentations, following the latest trends, or being a stylish icon, my sister was always my confidante. Now, who would help me in preparing my presentations, or have sisterly chats with me? I miss the long hangout chats, and there is no one to advise and motivate me like the way she used to do. Sometimes I feel I should also have been blessed with a special sister-in-law (just like my sister) who would care for me all the time. Which girl wouldn’t want a loving brother who would always support her?

A married woman too is responsible for maintaining her parents

It gave me an utmost sense of pride to read about the bold judgement upheld by the Bombay High Court – “A married woman too is responsible for maintaining her parents”. This is a huge step with far-reaching implications for our society. Our parents have strived their whole life to educate both their sons and daughters and enabled them to earn their own living. Besides providing food, clothing, and shelter for their children, our parents have showered us with their love and affection. As we grow up we realise the value of what our parents have done for us. I feel that taking care of them physically and financially is nothing when compared to the affection and love that they give us every minute and second of every day.

Money cannot buy happiness. Every daughter must get the freedom to choose where she wants to live after marriage. As a society, we always say ‘live at a place of comfort for both the wife and husband and both the families’ but in practice, it doesn’t work like this. Many women are raising their voice against this violation. One of the authors I read about has expressed her views about banning bidai (the formal ceremony where a girl leaves her parents’ home after marriage). The following is an excerpt from her article:

“Bidai is the root cause of a lot of domestic violence, and we or the PWDV Act of 2005 cannot stop it unless and until we ban bidai totally. Yes, the root cause of every injustice, apart from physical violence, inflicted upon a woman from birth, is in my opinion, the bidai. Banning bidai gives power to her to choose (she has never been given any power before). She will be considered a ‘worthy human being’ by society and her own parents, who otherwise consider a girl child unworthy as she brings a lot of burden in the name of bidai, leaving home for sure after marriage, and being of ‘no use to them’ then or later.

Yes, the root cause of every mental torture, agony, distress, degradation, humiliation and regression a woman suffers from her birth is all because of the social evil named bidai, as much a social evil as sati was – not many of those in favour of it felt that it was wrong. And it should be banned!”

I am sure that both women and men will join hands to support us and help ban bidai. We need to come together to raise our voice against the injustice done to the Indian daughters and their parents, especially parents who have only daughters but no sons.

Good legislation must be passed in this regard.

Let us re-welcome the concept of joint families in a unique way where husband, wife and both the families get united and live together in harmony. 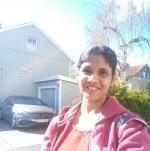 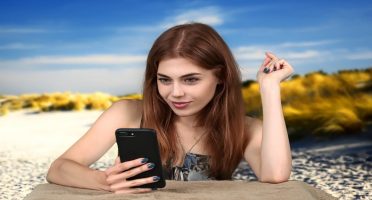 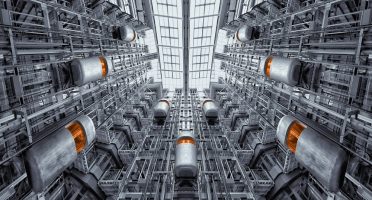 The Boon And The Bane Called Technology 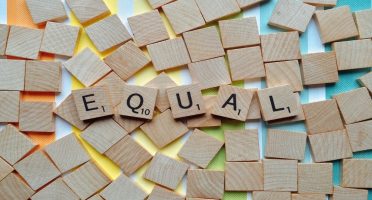 A New And Better India With Joint Living

Equal Privilege for Parents of Boy And Girl After Marriage...Isn't It Fair?