At a time when female politicians are criticized for their laughter and companies are launching gendered products, this short story comes as a fitting reply. 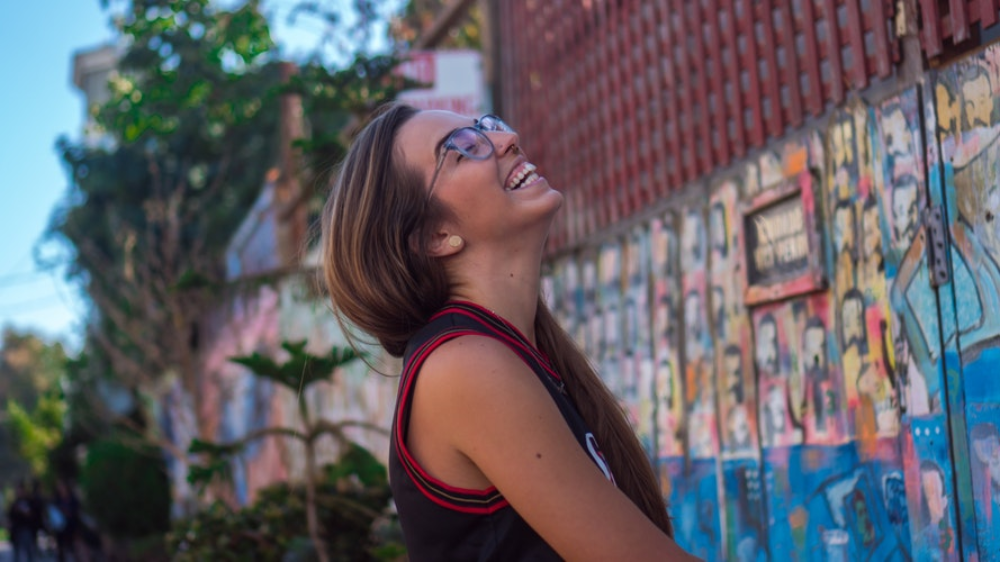 At a time when female politicians are criticized for their laughter and companies are launching gendered products, this short story comes as a fitting reply.

The passersby always stared. Some were amused and gave them a smile. Some were just stunned by the loudness of it. Some cringed and wondered what possessed these women to come out early every morning, stand in the center of the park and laugh so indecently.

Occasionally, like today, someone would join them, and Anjali would welcome them with warmth and openness. Laughter therapy was for everyone, she believed –young or old, men or women. Nothing killed stress faster than laughing at it.

“We laugh a lot as children,” she addressed the newcomers, “but as we grow older, we laugh less, especially women, because we are told that women should not laugh loudly. This makes it easier for stress and diseases to reside in our body. That is why I started this laughter club for women. When combined with regular exercise and a proper diet, laughter therapy will keep you fit and fine. You will feel embarrassed at first, but slowly you will lose your inhibitions. Do as much as you are comfortable with at first, and gradually you won’t be uncomfortable with any of the exercises.”

Anjali’s commitment to laughter therapy had started in college when she attended a laughter therapy session organized by the Psychology department, and she had felt so light and rejuvenated after it, that she resolved to do it every day. It had been 10 years now, and she hadn’t missed a day. As the group dispersed after wishing each other a good day, she hoped the newcomers would come back tomorrow.

Stopping to include them in the group had taken some time and she hoped she wouldn’t be late for work as she jogged back home.

“Hey Shalini, what’s new today?” she panted as she made it just in time. She was a stickler for punctuality, and hated being late, even though there was a ten-minute grace period.

“Good morning, Anju. Settle down first. Nothing in HR is urgent,” Shalini quipped.

“Na re. Seriously. Anyway, all the batches have undergone the outbound training camp. Everyone is back in office, and we need to start pushing them for programme evaluation. God knows they consider training a holiday –they won’t take this seriously unless we hound them.”

“Tch, Tch. So pessimistic, early in the morning! Chill sister, I’ll get it done. What else?”

“And one lady from the last batch of trainees—Sushma Mehta. She resigned. Came back from training Friday evening and handed in her resignation on Monday, after the weekend. So, exit interview needs to be done.”

“Wait, what? She resigned immediately after the training? That doesn’t seem weird to you?”

“No. Something is fishy here. She is from Marketing, right? I know a couple of other people who went on training with her. I’ll ask around.”

“Your time. Waste it if you want.”

“Hey Anjali! What’s up? Training evaluation na? I got the email. Lots of work backlog yaar! Give me a couple of days to catch up and I’ll send it to you.”

“Yes, do the evaluation and sooner the better because I want you to do it while the experience fresh in your mind. And speaking about the training experience, Sushma Mehta…you were in her training batch. What happened?”

“Everything was going fine. Everyone was enjoying the camp. Then one day, we had a brainstorming exercise. Design a new product and sell it types. So, you know Brijesh, right? He is the nephew of the big boss or something. He comes up with the idea of these ‘woman friendly knives.’ His idea was that the normal chef knives scare women because they look so big and dangerous, so we should make them in ceramic and in pink colour to appeal to women.”

“I wish! Anyway, Sushma reacted exactly like you. She burst out laughing, and while others sniggered too, Brijesh latched on to her. His ego got hurt. He started bullying her after that. Calling her a ‘rakshasi‘ and some other name-calling. His chamchas joined in. Poor girl, yaar. She and this other girl from the Delhi branch were the only women in the batch. She was obviously getting uncomfortable. She spent the rest of the camp trying to avoid everyone.  Some of us tried standing up for her, but the damage was done.”

“Whoa! This is major! And the trainer said nothing?”

“Well, a lot of it happened behind his back. He tried doing some damage control. But Brijesh is Brijesh.”

“This is not okay, dude. We need to fix this. They have bullied her into resigning. Why should she resign because he is a jerk?”

“Take this upstairs? To the big bosses?”

“Trust me, we already tried that. They just want this issue to disappear. Brijesh is related to the people in high places. This isn’t the first time either that something like this has happened. Others just keep their head down and take it. It’s a cultural issue.”

“Turkey?” Arun looked at her quizzically.

“Yes. Some years back some deputy PM or something of Turkey said that women should not laugh in public. Because it is immoral or some bull like that.”

“Huh. So, politicians with foot-in-the-mouth syndrome are a world-wide phenomenon.”

“Absolutely! Anyway, after he said that, women in the country started posting selfies of themselves laughing in public spaces as protest. It was awesome. They had hashtags and everything.”

“I see where this is going, and I like it. But how are we going to get others involved?”

(Thread) Hey all! So, as you guys know I, Anjali Nair, work at Kitchen Kompany, which manufactures high quality kitchen products. I am proud to work here, but something happened recently, which has disturbed me a lot. A female employee was bullied into leaving the company because she laughed at something silly done by a senior employee. This employee was called a ‘rakshasi‘ for laughing uproariously.

I don’t think that women should be punished or mocked for expressing themselves. Laughter, is one of the most genuine and human expressions.  So, in protest, and in solidarity with the employee, I’m uploading a video of myself laughing loudly and freely, because #LaughterIsABasicRight #HasnaZarooriHai #LaughOutLoud. I’m tagging five of my colleagues in this post and I’m challenging them to take the #KitchenKompanyROFLChallenge. Post a video of yourself laughing and tag five of your colleagues. Let this go viral! @shalinimishra @aruncoolkarni @sushmamehta @jenniferDsouza @rupakpandey.

“The big bosses are furious!” Shalini was worried.

“They won’t. This has become too big, too fast. The media has got a hold of it and PR is struggling to keep a clamp on it. But it’s like trying to lock the cage after the bird has flown. If they take any action against anyone for posting the video, it’s only going to look worse for them.”

“This was a crazy idea. I can’t believe it worked!”

“But it did! You’re welcome,” Anjali winked.

On behalf of the Management, we would like to first thank you all for your passion and loyalty to the company.

Kitchen Kompany believes in the freedom of expression of all its employees, and we condemn the bullying of any employee. We take full responsibility for inadvertently creating a culture which led to Ms. Sushma Mehta being harassed. We want to make a strong statement that such behavior is unacceptable and will not be tolerated in the future.

Mr. Brijesh Kumar has been reprimanded and he has tendered a public apology to Ms. Sushma Mehta. We hope that Ms. Sushma will consider her resignation null and void, and will come back to work with us.

We would also like to assure those who posted videos in protest, will not have any action taken against them.

Through our HR department we are instituting a special cell, with some third-party representatives, for handling complaints of harassment and bullying. We hope that this cell will offer employees a safe space for voicing their issues, and that such issues can be handled internally in the future.