With changing times, isn't it important to alter some of the patriarchal and regressive marriage rituals we've grown up with? With changing times, isn’t it important to alter some of the patriarchal and regressive customs around Indian marriage ceremonies?

An Indian traditional marriage is a fiesta, performed with utmost sanctity where one gets to see a plethora of rituals. While they are elaborate and fun to watch, at the same time they are extremely meaningful and symbolic – most of which are connected to life that one would lead after marriage.If one really wants to have some fun, laughter, music and dance, then these colorful rituals like ‘haldi’, ‘sangeet’, ‘mehendi’, etc promise a sure chance to all the friends and relatives to make some merriment. It’s a feast to all the senses to witness a marriage in India.

However there are some rituals which are directly dictated by patriarchy. Patriarchy, which is deeply rooted in our system, cannot be escaped in the rituals of a marriage too. If we consider a century old society, these rituals seem to be relevant. Those were times when most women were not educated and were therefore financially dependent. Marriage at that time didn’t just mean a union of two souls, but also it was kind of a transfer of responsibility; responsibility of a girl transferred from the Father to the Husband.

Every community in India has some very interesting rituals, each one of which has some symbolic meaning attached to it.

‘Bhaat-kapor ‘which is an important ritual in a traditional Bengali marriage is one such example. On this occasion, an elaborate scrumptious lunch is especially cooked for the bride (probably for the first and the last time in her honour. Oops! No, not the last time. Once more she gets this honour, if she is lucky enough to conceive). Now the bridegroom hands over a sari and a plate full of delicacies to the bride and he is made to pledge that he’d be providing food and clothes to his wife for the rest of her life. Shelter which is the third basic necessity however is not promised, probably comes as complimentary. Reminds me of ‘roti, kapra, aur makaan’!

Now doesn’t  all these really appear to be sweet? I mean every woman loves to be pampered, and when the man takes responsibilities of her food clothes and shelter, the woman feels important. She feels herself on cloud nine, at least on that day, when all the attention is on her. In lieu of this however she is expected to perform her wifely duties for the rest of her life, a duty list which is endless. And yes, she is expected to perform her duties with utmost obedience and loyalty. She would gradually realize that not much of her opinion would be welcome in her new home. Anyway, this ritual actually serves as some kind of social and financial security to a girl who is totally dependent on her husband. In a patriarchal society this system sounds normal and appropriate. Even a government servant gets all the facilities for his dependent wife and children. So logically ‘bhaat-kapor’ seems to be an absolutely relevant ritual.

But with time, things are pretty different. Nowadays, most women are educated.What about a woman who is earning? There are also some women now who earn more than the man of the house. Does she really need someone else to take responsibility for her food and clothes? She is in fact making equal contributions to the family budget. Though rare, but there are also men who are not doing any job at all, not earning and they are solely dependent on their working wives. In this situation who is supposed to promise a ‘bhaat-kapor’ and to whom?

Since times and situations have changed now, not every women is economically dependent on her husband, some of these rituals really seem to be outdated and don’t fit in the new societal set-up.I think it’s high time that some rituals need to be customized if not changed.

So, let the chicken kosha, mutton curry, fish kalia, and the Jamdani sari on the plate be replaced with loyalty, honesty, affection, respect and above all, at least a small chunk of freedom promised to the new bride, or to each other.

In modern times a promise of this kind instead of the ‘bhaat kapor’ would truly fit the bill. 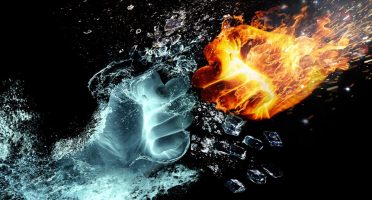 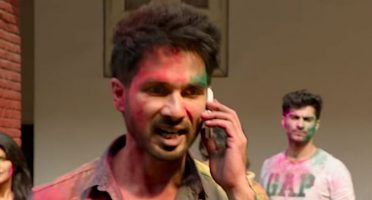 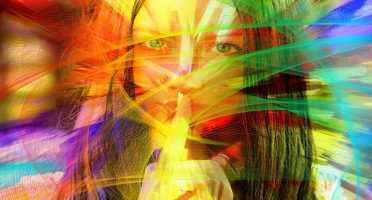 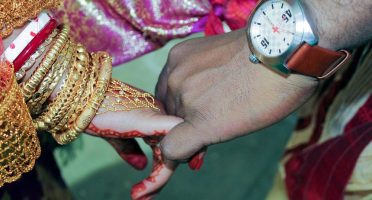 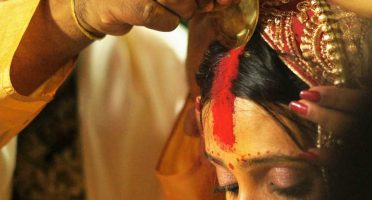