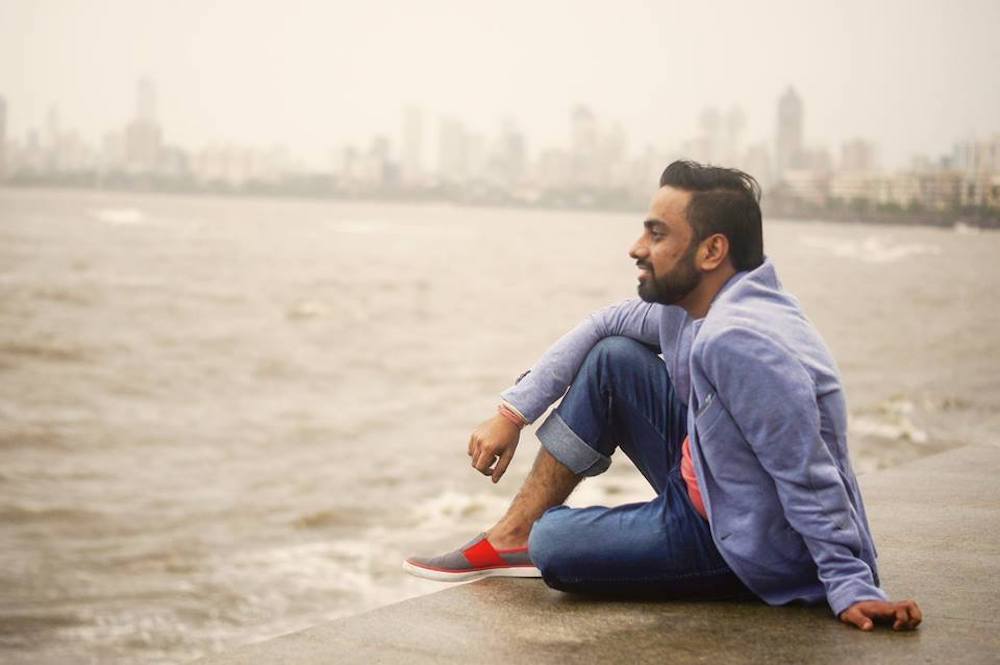 “My Sexuality Is Just One Part Of Me!” Himanshu Singh, Who Came Out About Being Gay On Facebook

Himanshu Singh is a young Indian man who came out about his sexuality on Facebook despite the risks, and is now an LGBTQ activist.

This is a very special story. Because it is the story of a  28 year old young man who came out about his sexuality on facebook. In a country where alternate sexuality is still a taboo, it takes immense courage to come out about one’s sexuality, that too, on a social networking site. And if we can add, risky too. Meet Himanshu Singh, the guy next door, who is now an LGBTQ activist.

On an ordinary day, Himanshu Singh is the guy who will make you laugh, listen to you, and if you are still unhappy he will play the piano for you. If you still brood he will ask you to come and sit with him by his balcony where he has planted so many flower pots. That’s essentially what Himanshu is. If you meet him, he will remind you of an old friend whom you forgot to keep in touch with. But if you dig deeper, as Shakira sings, “Underneath your clothes, there’s an endless story.” There was a time this same guy who’s making you laugh with his antics, thought of committing suicide because he is gay. This is his story.

My crush was a boy

Born and brought up in a middle class family, Himanshu says, “There was nothing extraordinary while growing up. I have a brother, and like all Indian parents, my parents too wanted me and my brother to be either engineers or doctors. It was a happy, middle class childhood in Kanpur where life was slow, sunny, and cricket was every boy’s dream. It all went fine until I started growing up, and my classmates started having crushes on the girls around. That seemed to be a little different for me as my crush was a 10th grader who was a boy. I never told it to anyone.”

“The only thing I ever did was hang around my crush, who had no idea that I had a crush on him. But that was also a beginning of living a lie. The lie of conforming to society as a heterosexual male. I made up stories about how I liked the girls, only to be a part of my friends’ circle,” He added.

Himanshu also smiles recounting that his first kiss was with a neighborhood guy who seemed to like him.

Once Himanshu Singh joined IIT Allahabad to do his engineering, it was the first time he read up on his sexuality and came across the term gay. And that was the first time he knew that his attraction towards guys had a name. That pushed him further into the closet. The reason, he says, was “Because no one talked about it, and I didn’t know anyone who had come out as a gay person. So, to cover my truth I fabricated more stories about liking a few girls, having crushes, and so on. With this, somewhere the guilt of living a lie was sown.”

Post his engineering, Himanshu was posted in Chandigarh. That was when he started living on his own, doing his own groceries and cooking his food. That was the time when he says, he found time to think about the lies and the cover ups he was living. And he had no idea what to do about it. He just knew that he was living a lie, and that lie was suffocating him and he was getting into the web deeper & deeper.

During these days of confusion and self analysis, Himanshu made his way into IIM Kohzikode. And his life was about to change.

Prof. Mathew and his lessons

IIM Kohzikode was a breath of fresh air with Prof. Mathew as his humanities teacher. Himanshu Singh recalls, “Prof. Mathew’s classes would provoke, anger, irritate, and finally question the society. It was he who first said that it’s never worth living a lie. That made me think for the first time of coming out. I started to talk about LGBTQ issues to my friends just to understand who was an ally and who was not.”

Still the fear lingered. He still could not come out. IIM ended very fast as he was mostly busy with assignments. Post that it was when he came to Mumbai to work, that reality hit him. The reality that he was still playing the heterosexual man in society.  Depression was setting in. Life felt bleak.

Coming out to the world

Post this, he says, “The pressure to get married began at home. I made up stories about how I wanted to stay single because I did not believe in marriage. But the pressures mounted. The guilt aggravated within and there were times I considered suicide as an option. I knew I was depressed but I was scared to even see a psychiatrist because I had no idea how the psychiatrist will react knowing I was a gay.”

“The world felt grey, until one day in January 2016, I decided to come out. The first person I decided to come out to was my best friend who lived in Australia. I rammed my head a lot before telling her. She reacted normally and accepted it without making a fuss. Her love and friendship did not change a bit. That was the day I heaved my first sigh of relief,” recalls Himanshu. 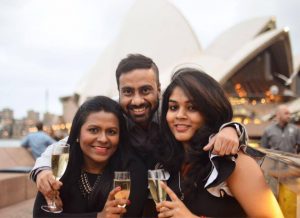 Next, it was his brother he came out to. “It was a Sunday. I took my brother to the beach, fed him his favorite ice cream, and finally told him that I was a gay. At first my brother gasped and asked if this could be cured. I was baffled. It was 2016, and still I had to explain that homosexuality is not a disease. But then in India neither our education system, nor our social system prepares us for it. So, I explained to him, that it was something natural and not a disease. My brother took his time, heard me out and accepted me. Nothing again changed with him. The air I breathed seemed to be freer.”

Now it was his parents he wanted to come out to. He told his brother that he was coming out so asked him to be there. It was another Sunday morning, his brother came with his wife, and it was at the breakfast table that Himanshu first confessed to his parents that he was a gay. “I did not know what to expect. My mother murmured that it was okay. I was not sure if I heard it right. I again said that I was gay. My mother again said that it was okay and hugged me. And we both cried. That day the heaviest load was taken off my chest. My parents accepted me without a word. I felt like I was in a dream sequence,” he quips.

Post coming out to his parents, Himanshu Singh came out to his roommates, who accepted him. 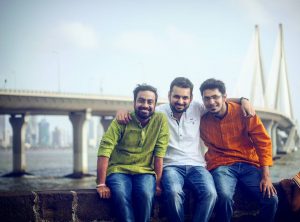 And then one day he chose to come out on Facebook. He drafted and re-drafted his now famous post for months, and on 8th of October 2016, he hit the publish button on Facebook, and shut his computer. He even switched off his phone and went to the beach. He had no idea what to expect, because the internet is a weird place, where hate breeds faster than love. He refused to log into his Facebook account until next day morning, though his roommates kept tabs.

The next day, he woke up around 10am and logged into his Facebook account. He says, “I could not believe the amount of support I was receiving. My message box, comment section, email and  whatsapp were full of congratulatory messages. Everyone was cheering for me, and many media houses were carrying my story.”

Himanshu’s life was never the same again. Now, almost everyday he receives mails from people wanting to come out, or the ones who share their life where they can’t come out. He often receives phone calls where someone wants to commit suicide. He also founded a LGBTQ support group, first at IIM Kozhikode and then he wants to continue this in other educational institutions.

In a country like India where people are forced to live double lives, Himanshu Singh stands as a beacon of light for many who are dealing with the stigma of being a part of the LGBTQ community. As, we end the interview Himanshu says that he hopes to find love someday and settle down. Also, he says “My sexuality is just one part of me like everything else is. I do not wish to be known only by it. I wish to be known as a writer, photographer or may be someday as a pianist, which is my dream.”

As the interview ended, Himanshu went back to his piano to practice another brave tune! 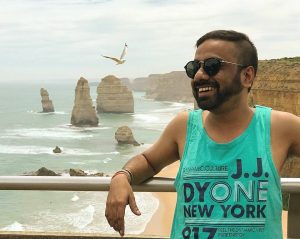