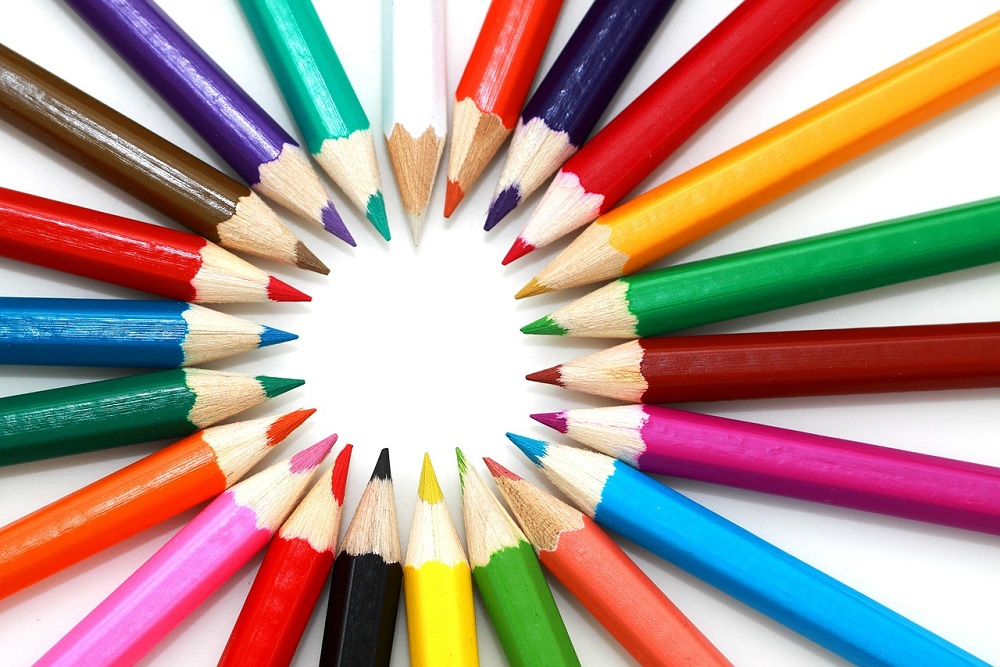 Is there a thing called normal sexuality? Has the awareness about the LGBT+ community evolved over the past few decades in India?

India boasts of having the highest number among the youth population in the whole world. This supposedly highly opinionated and headstrong chunk of our society has so much to offer on so many issues. What does the youth think about the LGBT+ communities and their issues? Do they think that there is, indeed, a thing called, ‘normal sexuality?’

Here are a few conversations I had with on-campus people regarding sexuality, its ‘normalcy’ and LGBT+ issues.

The biggest question, of course was whether or not they were aware of the LGBT+ community and others who lie on the spectrum, like, bisexuals, asexuals, pansexuals, etc.

How aware are the youth?

Mozammil*, a 22-year old student of Journalism, says that today’s relatively forward thinking, net savvy people have all the information available through digital technologies and platform. Despite this, many of them have a limited understanding of what these terms do mean. More often than not, people tend to mix up even the most basic of concepts of sexual orientation and gender identity.

He also points out that in general, we have a tendency to think that sexuality, exclusively, has to do with what is traditionally considered normal sexuality, i.e., heterosexuality. In terms of gender identity too, the concept of biological sex being the same as gender has been something that the society swears by- so much so that there’s only boys and girls– nothing else!

However, this picture is not all colourful from all the corners. We are talking to the urban youth here, assuming that they must be aware of these issues and would have something to say about normal sexuality.

Most people I approached were not really aware of the full form of the acronym LGBT + and terms like ‘pansexual’ and ‘asexual‘ and so on, seemed completely alien to them.

One of these college students, a 20-year old girl, hailing from a small village in north India, did make a strong point to answer this. According to her, the awareness and the knowledge regarding the LGBT+ community has, indeed, increased in the urban settings, but the rural and remote areas still remain negligent about all this. “They don’t even know the meanings of these words,” she said, further stating, “I think it should be legally allowed,” even as the it of her discourse remains undefined.

On the question of social acceptance, however, even as so many of them gravitated towards the growth of understanding and acceptance, there were a few who were critical.

Sruthi*, another student of Journalism, differentiated between the understanding and acceptance of the LGBT+ community itself, and understanding their issues. She said that there is awareness about the community but not their issues. LGBT+ is not something that grew up overnight, citing the mention of Ardhanariswar (Shiva) and the sculptures depicting deviation from normal sexuality in the temples of Khajuraho. She asserts that the concept of sexuality is not something “that arose after colonisation or globalisation or whatever ‘ation’ there is!”

The LGBT+ community is a section of the society we all share and are a part of, regardless of our willingness to be a part of the same. “Forget issues, they (people) aren’t even sensitised or accepting of those who are not heterosexuals,” says she. She also states that this refusal to accept is the biggest issue. It’s a long journey that has only just started.

Adding to it, Max* (38) also points out that the issues regarding the LGBT+ community needs more recognition, yet, stating that in recent times, we have become more unaccepting of counter views, at least politically. He says, “Just yesterday, I read about a health ministry resource on adolescent education doing the rounds which specifically mentions that same sex attraction is alright and ‘normal’ in teenage years. So, while on the public health front we are probably making a very feeble advance, it would be foolish optimism to think that we would see some sort of legislative action about recognizing, or maybe even decriminalizing these things.

The fear of what we don’t understand!

Awareness regarding alternate sexual orientation is very less, especially in a country like India. “Half of the population doesn’t bother about the LBGT+ community and half are afraid because they don’t know what it is!” says Mozammil*. It is not a new phenomenon, though – if we don’t understand something, we start fearing it.

Most people have a biased view against homosexual people or those who are considered to ‘deviate’ from normal sexuality, i.e., heterosexuality.

Similar biases against trans people are there. Insulting them, calling them ‘chhakka’, or ‘impotent’, to make fun of them is not so uncommon in many, many parts of the modern day India. (Of course, the double standards get shown when they are called to ‘bless’ a new couple or a new-born baby!)

Jarib*, who comes from a psychology background, chose to share a personal experience. “A few years back, I was travelling alone in a train in Bengal. A hijra (transgender) asked money from me. I didn’t give a response or rather I chose not to. In return what I got was probably the worst drizzle of curses hailed at me in my entire life. I felt really small that time. Now, as I look back I wonder why it should come to such a brutal resolution. Do things we do to them really pile up in such a way that what comes out is so unsightly and painful?”

He added that he still refuses to give money and would help them better, if he could, in some other way, but has no such hope.

A taboo still in India

Sexuality is mostly considered a taboo subject in Indian society.

Section 377 of the Indian Penal Code makes sex with persons of the same gender punishable by law.

On 2nd July 2009, in Naz Foundation v/s. Govt. of NCT of Delhi, the Delhi High Court held that provision to be unconstitutional with respect to sex between consenting adults, but the Supreme Court of India overturned that ruling on 11th December 2013, stating that the Court was instead deferring to Indian legislators to provide the sought-after clarity. As it is, in a 2009 survey by IBN Live, it turned out that almost 73% of people consider that homosexuality should be banned.

But what is the case in the recent scenario, especially among the youth? Do they consider sexualities other than heterosexual illegal as well? Well, the mass protest against the Supreme Court verdict in 2013 and the many consequent LGBT+ Pride Parades say something different. So, has the understanding about the LGBT+ community in the recent couple of decades in the Indian context grown?

Understanding the LGBT+ community in the Indian context

Suzanne*, another headstrong individual I was fortunate enough to have interacted with, believes that sexuality is fluid, like water. It’s part of all of us and manifests itself in different ways/urges at different times throughout our lives. It’s something that, if boxed in, would seep out no matter what.

Regarding normality, she says that it’s a matter of perspective. We’ve all heard about gays coming out to their straight families and friends. This is a proclaiming that one does not officially belong to the ‘majority’ any more, along with whatever consequences no longer being considered member of the majority may entail. Some people might be provoked and feel threatened by such a person and look down on them, some might approve and feel inspired by their courage to be open about their personal preferences, while others still might shrug and say, oh, well it’s about time he or she finally came out.

Either way, we are dealing with ‘deviating’, yes. Not identifying as straight deviates from the established norm in our hetero normative society which takes for granted that each of us is by default attracted to the opposite sex.

In the 1940’s Alfred Kinsey showed that 10% of us are gay. Though it has been debunked now, still assuming that with a 90% plus straight majority, belonging to the minority will always be seen as different, a deviation, not normal. That we’re all guilty of labelling places, events and people as abnormal – this is a fundamental coping mechanism for being able to deal with the physical world.

Who are we to judge anyone?

All in all, if one were to give an overview, saying that awareness has increased, even if only mildly, would not be completely incorrect. Almost all the students and teachers that I interacted with had several things to say, all along the same lines. One student, Vatsla* (20) simply said that if a person chooses to identify with a gender s/he was not biologically born with or if someone chooses to have a same sex partner, prefers both sexes equally or so, “it’s their choice- Who am I to judge them?” If only more and more people started thinking like this!

These are extremely sensitive issues. In the face of all the ridicule LGBT+ people still go through, “they need help and counselling to help them overcome all the social stigma,” says Ritu* (20), also pointing out that trans people should be treated with equality. Awareness has increased but only mildly. Calling each other gay (if a boy seems effeminate) or lesbian (if a girl seems tomboyish) or teasing friends by calling them trans gender is all considered funny – points out APV* (22), asking, “Where goes the sensitisation and acceptance, then?”

These are the messages that need to be spread – the messages that are coming not from the special stakeholders of society, but from ordinary people like you and I. So we had better get on with understanding more and judging less, and make the world a little more colourful for those who really need us!

Not So ‘Shuddh’ Desi – Why We Need Sex Education In India