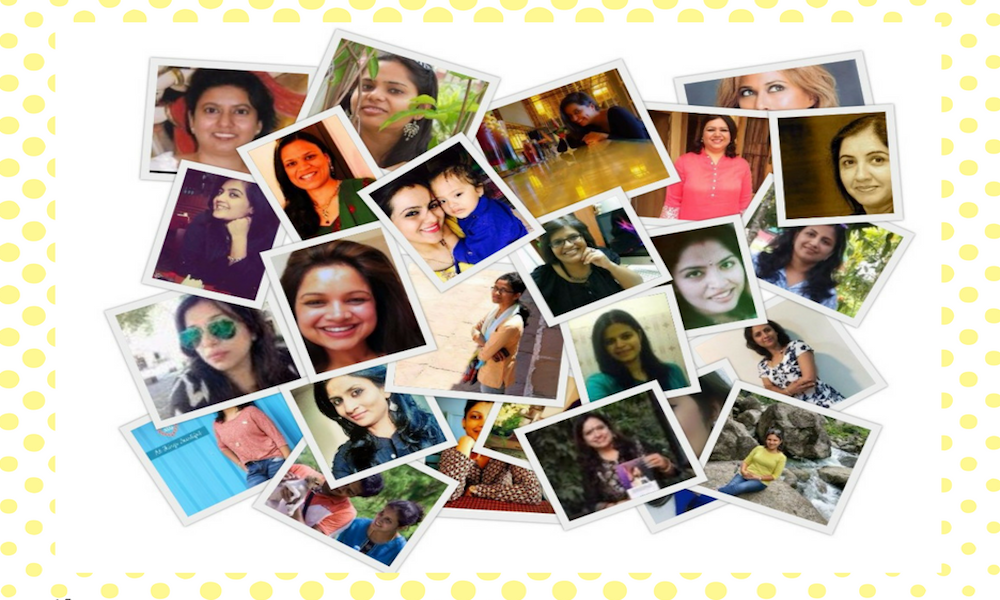 Ever wondered how it would feel to have women honour women change-makers for the work they do? Come for the Orange Flower Digital Summit and Awards.

The Orange Flower Digital Summit and Awards by Women’s Web celebrate women’s voices leading the digital revolution. The Digital Summit will include exciting talks by some of this country’s leading women professionals, entrepreneurs, authors, and influencers.

The Summit will be held in four chapters in four different cities – Bangalore, Delhi, Chennai and Mumbai –  with each event witnessing different speakers.

Mumbai will be host to the grand finale Awards Night honouring new-age entrepreneurs and women who are changing our digital experience, bringing something brand new to offer on the digital platform. The winners will be chosen from 1392 nominated writers, bloggers, digital creators and entrepreneurs from all across the country.

Here’s presenting you a list of some of the notable speakers and jury members (out of a whopping total of 29) joining us at the Digital Summit. Go listen to what they have to share, or enjoy the panel discussions with some of the country’s best minds all on one stage, or simply accompany your nominated friend. Women may take the centre stage in this event but it will certainly be inspirational for men, too. Girl power to all!

From being an engineer and real estate consultant, to being the co-founder of The Better India, Anuradha Kedia chose to plunge into the world of digital journalism to ignite an optimism in people’s perspective of the country. The Better India is a digital news portal that aims to put light on ‘positive’ and inspiring stories of unsung heroes. She is a speaker at the Orange Flower Bangalore event on December 3rd. Find out more about the event here.

“It is extremely important for women to stand up for our rights. We should do everything it takes to assert our viewpoints and ensure that gender is never a reason for us not reaching where we want to go.” (Quote from here)

Gita Aravamudan is a famous veteran journalist from Bangalore, who began working in the industry when not many women were. She is also an award-winning novelist and has penned a number of books on women’s issues. Her second book, Disappearing Daughters: The Tragedy of Female Infanticide, was published in 2007 and became an overnight bestseller. She will be speaking at the Orange Flower Bangalore event on December 3rd.

“Women must have the confidence that your gender cannot hold you back.” (Quote from here)

Anju Maudgal Kadam is the Founder & Director of WebTV. Having spent over twelve years in the television and broadcast industries, she turned to producing corporate videos, streaming live and on-demand videos online. She is best known as one of the women behind the #100SareePact which took social media by storm by portraying the elegance of the six-yard fabric and celebrating the feminine aspect of it. She is a speaker at the Orange Flower Bangalore event on December 3rd.

“Every saree has a memory based on an occasion, emotion or relationship. When you wear a saree, you have a saree glow, like a birthday glow.” (Quote from here)

Dhanya Rajendran is the Co-Founder and Editor-in-Chief of the Indian digital newspaper, The News Minute. She is an experienced journalist with The New Indian Express and Times Now. She is popular in social media for her unbiased views on political and social issues of India. Recently, she was trolled immensely in social media websites by the fans of a South Indian actor for her comments against his new film. Witness her talk on #WomenSpeakUp at the Orange Flower Bangalore Event, on December 3rd.

“What my college life taught me was that if you do not agree with authority then it is important that you state your opinion openly.” (Quote from here)

Pooja Dhingra is a graduate of Le Cordon Bleu, Paris, and is the entrepreneur behind Le15 Patisserie, Le15 Cafe and Studio Fifteen Culinary Centre in Mumbai. Her first book, The Big Book of Treats, was a national bestseller and was awarded the World Gourmand Award in 2015. Her latest book, The Wholesome Kitchen is a reminder that healthy, nutritious meals can also be mouth-wateringly delicious. In over 80 scrumptious recipes, she shows us here how to reinvent everyday ingredients to cook hearty meals and luscious desserts that can be consumed with all the pleasure and none of the associated guilt. She will be speaking at the Orange Flower Digital Summit and Awards event in Mumbai, on Beyond the kitchen & the looking glass.

“Being a young girl in a male-dominated industry was not easy. Even finding suppliers or real estate agents that wanted to work with me was tough. But I think being a woman makes me a better and more intuitive leader.”  (Quote from here)

A columnist, blogger and author based in Mumbai, Lalita Iyer has published two books I’m Pregnant, Not Terminally Ill, You Idiot and The Whole Shebang celebrating women and all the funny, awkward bits that come complimentary. She has written for many leading national newspapers and media organizations, and also runs her blog MommyGoLightly sharing her tales of adventures with her son. Watch her speak at the Orange Flower Mumbai event on #WomenSpeakUp, on December 9th. Find out more about it here.

“The point is to stop layering who we are and what we believe in, just to fit into a wave that is trending.” (Quote from here)

Shilpa Phadke is a sociologist and one of the authors of the book, “Why Loiter”. She also leads the online and offline Why Loiter? movement across the world, focusing on women’s right to freedom on the public spaces. Shilpa Phadke will be speaking at the Orange Flower Summit Mumbai event on December 9th.

“For women it seemed more important to protect their reputations than to produce actual safety. For example, women would get dropped off at a distance from their buildings if they were coming home late at night with their boyfriends, so people would not see the boyfriend and ‘talk.’ In this sense it was more important not to be ‘talked about’ than to be dropped outside their homes which would have been safer.”  (Quote from here)

Gajra Kottary has worked as Screenwriter on many talked about and appreciated daily soaps including Balika Vadhu, Astitva, Jyoti, Godh Bharai, Panaah, Ghar Ek Sapna and Ek Veer ki Ardaas. She debuted as an author with Fragile Victories and followed up with The Last Laugh, a women-centric collection of short stories. Her latest novel is Girls Don’t Cry. She will be speaking at the Orange Flower Digital Summit, Mumbai, on New Media, New Women?  She is also a jurist at the Orange Flower Awards this year.

“I like to dwell on subjects where the protagonist is a woman. The protagonist in my serials is a modern working woman and the issues explored are more contemporary.”  (Quote from here)

After losing her eyesight as a teenager, Nidhi Goyal decided to dedicate her life to work for other people living with a disability. She is a disability and gender rights activist, and also India’s first disabled stand up comedienne. Her humour, inspired from her real-life experiences, is her weapon to challenge society’s notions of disability and sexuality. Watch her speak at the Orange Flower Mumbai event on December 9th.

“Everybody has their own shit, just because you can see my shit doesn’t mean it’s horrible.”  (Quote from here)

Her exceptional mystery series featuring the 17th century detective Muzaffar Jang is set in the declining years of the Mughal court.  Beginning with The Englishman’s Cameo, her Muzaffar Jang series has delighted readers around the globe with its intricate plots and mysterious historical setting. She is also a prolific writer of short fiction, travel writing, and writing related to classic cinema. Madhulika Liddle is a jurist at the Orange Flower Awards 2017 and will also be speaking at the Orange Flower Delhi event on December 3rd, on New Media, New Women?

Find out more about the Delhi event here.

“By the time I was in my mid-twenties, I’d read detective novels set in just about every period and place with an interesting history to it. I wondered why there wasn’t an Indian historical detective and decided it was time to create one.”  (Quote from here)

Natasha Badhwar is a columnist and independent film-maker, who also works as a media partner. Her columns in Mint Lounge on parenting her 3 daughters have made her a familiar name to readers. Her recent book My Daughters’ Mum, based on this work, has received a very positive response. She was a part of the Training and Development team of NDTV where she worked for 13 years. She is also India’s first female television news cameraperson. Natasha Badhwar will be speaking at the Orange Flower Event Delhi, on #WomenSpeakUp and is also a juror at the Orange Flower Awards.

“My feminism reminds me that I don’t have to prove anything to anyone. It reassures and calms down to be people pleaser”.  (Quote from here)

She is an activist, artist, entrepreneur and writer based in Chennai. She founded and runs the Red Elephant Foundation, a civilian peacebuilding initiative that works for gender equality through storytelling, advocacy and digital interventions. She also founded and runs fynePRINT, a feminist e-publishing imprint. Kirthi is the recipient of the US Presidential Services Medal (2012) for her services as a volunteer to Delta Women NGO, and the two-time recipient of the UN Online Volunteer of the Year Award (2012, 2013). She will be speaking at the Orange Flower Chennai, on #WomenSpeakUp. Find out more about the Chennai event here.

“Feminism is about the right of choice, the right of equality and the right to be empowered in one’s choices and exercise of choices therein.”  (Quote from here)

The Orange Flower Digital Summit and Awards is a platform for everyone to learn about how to kickstart a digital career by learning from the women who are already doing it right. Amplifying the voices of leading female professionals, this is the kind of free space every working woman deserves. Gather your family or friends and join us at the Summit event in your city by registering here.