What are the ground realities of wanting to reach new heights, alone, in travelling alone, as a woman? What’s the trick to doing it?

You can talk to any solo traveler from anywhere in the world, and all you are going to hear is how wonderful it is. But you ask anyone else and the reactions will be mixed. Some are going to hail you for being so brave for venturing out into no-man’s-land (pun intended), and then some are going to pity you as if you are about to become a dead soldier in a battlefield.

How will it affect your life?

It is sure to render you ‘undateable’ to some people (higher standards, girl). You are going to have local tour expertise on every town/city/village you visit. It is going to become your priority and you will plan all your finances, holidays and much more around it. But more than anything, traveling alone is going to make you crave alone time even more. Oh, and you will manage multiple long-distance friendships that you made on your travels.

“But what would you do all day all night alone?” remarked a cousin in a rather demeaning way, to which I responded: “Why, are you afraid of your own company?”

“Kudos to you for doing it but I don’t think I can ever travel alone. I can’t even wake myself up with an alarm. I’d rather hang on to the hope of that Goa plan with friends,” laughed Nikita. Nikita has never been away from home, and like many others, she has mistaken her social circle to be her comfort zone. I smiled at the thought of making her read Cheryl Strayed’s words in Wild a hundred times – “Go because you want to. Because wanting to go is enough.”

“Studying in the States means that traveling regularly to meet one another is a very expensive option and I hated not being with her when she was going through a rough time. We talked about how spending time with herself may prove to be fruitful. That is exactly what she did, by going on a vacation with herself. Now she cannot stop talking about it and I couldn’t be happier.” Harsh and Diya have been in a long-distance relationship on and off for roughly two years and if these two aren’t #CoupleGoals I don’t know who would be.

For years Shreya had been wanting to leave and travel solo, but studies, internships or her parents had stopped her from doing so. “I eventually took a gap year and a half to finally travel alone. Only my travels came under the disguise of voluntary work. I spent weeks researching, trying to find seasonal work/volunteering opportunities in places I had wanted to travel. It was the perfect combination of work experience and solo exploration that I could find and one that my family had to give in to.” Shreya knows how to find a clever reason to do whatever she wants to do. Shreya is smart. Be like Shreya.

So to all those giving a woman a hard time asking completely (in)sane and (im)practical questions like aren’t you afraid? do you really have no one to travel with? your boyfriend/husband/family lets you travel alone? – get a life or better yet, learn something from this woman. And to every woman traveler/aspirant out there, you don’t have to listen to anyone but yourself and that inner calling. If you just take your step to answer that call, the world will be okay. All it takes is a split second in which you forget what everyone is telling you to scare you, because if you believe you can handle it, then girl, you really can. 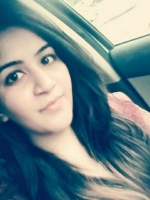