Domestic Violence — Why Do Women Suffer In Silence?

The daily cycle of abuse -- physical and emotional -- can only end if women choose to stand up and say NO to domestic violence! 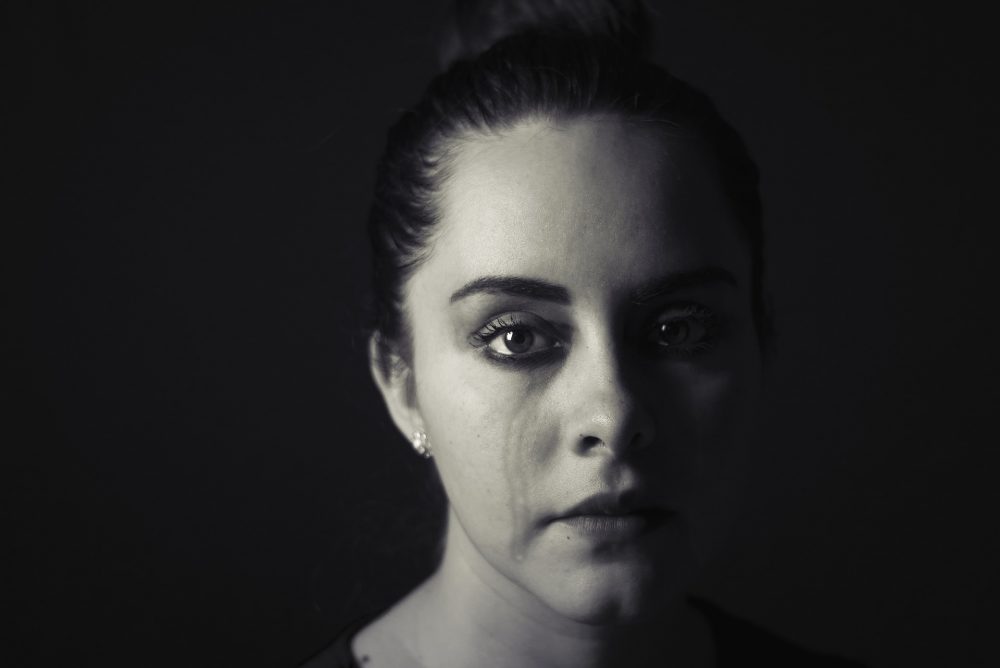 The daily cycle of abuse — physical and emotional — can only end if women choose to stand up and say NO to domestic violence!

It was their anniversary. The last five years had been difficult for her — the abuse had increased over the years. It was not always this way. They were like any other happy couple in love. He was all that she needed in her life partner — smart, intelligent, well read, a good son, a fantastic friend. They had met through common friends and knew each other for several years before they decided to take the relationship to the next level. Life was all good and settled. Then suddenly her perfect life came to a screeching halt and stayed. The surprises and the gifts stopped coming and were replaced by constant physical abuse and daily psychological manipulations — “you asked for it”!

They are caught up in a web of false rationalising that its primarily their fault, they ve given up hope of any difference in their life

This story might be fictional but not far away from truth. It might just well be one of the many domestic violence stories in India — safely tugged behind the smiles of the abuser and the abused. The world sees them as a happy couple ignoring the visible signs of abuse both on her body and her personality. Shh! It is a family matter and we shouldn’t interfere!

Our weekly #WomenOnTheMove chat got the Twitterati talking on why women choose to become silent sufferers of domestic violence and what can be done to end this. Here’s what they said.

While sexual assaults, rapes, stalking, dowry deaths, acid attacks, cyber crimes etc comes under the purview of crimes against women, the Indian law is yet to recognise marital rape as another type of violence against women.

because a lot gets normalised in a culture like ours that believes marital rapes don’t happen & emotional abuse is not valid.

According to the National Crime Records Bureau (NCRB) data, crimes against women increased 34 percent over the last four years to 2015, with cruelty by husbands and his relatives being the most widely reported crime. Although, the reported crimes by women has gone up from 41.7 to 53.9 between 2012 and 2015, yet there’s a significant percentage of domestic violence cases that go unreported. The reason being:

The first and one of the most important reason, women choose or are compelled to stay in abusive and broken marriages is because of their children.

@womensweb #Womenonthemove A1 sometimes the biggest reason for women’s silence around it is kids, they suffer in silence as mums.

Women are conditioned from early on to submit to unfair treatment and even violence. They are repeatedly told that they have to ‘adjust’ in a marriage because marriage is for life. The husband is akin to a god and the woman is nothing without him.

It can never be “true always”. We live in a patriarchal society and women have accepted it as a way of life, so is Domestic violence

As much as people try to champion women rights and women empowerment issues — cooking, cleaning, housework and raising kids is still the primary responsibility of women and we still do not tell our sons that it is okay for them to be paid less than their wives or to become a stay at home dad to take care of the kids — for parenting is a shared responsibility — while their spouses can continue working.

A1because mindsets and conditioning go much deeper than education & grooming,because shame is associated with it. #womenonthemove

1. Cos most of us have grown up thinking (and in certain cases being told) that it’s normal. It’s the conditioning #womenonthemove https://t.co/1ObTjSxiMn

Natal families often refuse to accept their daughters back and coerce them to stay in broken marriages and put up with the abuse fearing societal pressures and financial burden.

A1 educated or not, women are vulnerable. They fear society, lack of a support group and having kids complicates it. #womenonthemove https://t.co/Ct30N35ZDM

The mesh of Indian society first raises questions on the integrity of woman and pushes her to accomodate rather than support her to revolt.

The debilitating shame that accompanies the ‘divorcee‘ tag and the guilty looks in the eyes of society, often discourages women to report domestic violence.

The shame that is associated with it , husband being put in a bad light , the happy family tag being shattered #womenonthemove

Natural reaction to find fault with victim, empathy a rarity, family more concerned about social fallout than victim’s need to be comforted.

Being unaware of the subtle abuse

Domestic violence is not always physical. The most dangerous and sneaky kind of domestic violence is the emotional abuse. The abuse is so subtle that the woman doesn’t even realise that she is being manipulated and her life is being held hostage to these psychological manipulations compelling the victim to doubt her own decisions.

@womensweb Sometimes the woman doesn’t even realize that she is being minimised. It’s so subtle. Like my cousin Aunt. #domesticabuse

All kinds of abuse are toxic, but Emotional Abuse is the least talked about and discussed, and the most damaging. #WomenOnTheMove

Women will be empowered in the real sense if we stop normalising stereotypes. Our daughters will be truly empowered if we tell them that it is NOT OKAY to accept any kind of injustice and abuse — to her or around her. We need to teach our sons that superiority is not gender subjective. And if we see a woman being abused — physically or emotionally — we as part of this society need to stand up for her. Domestic violence stops being a ‘private affair’ the minute it is visible to you.

Meena Kandasamy’s latest novel, When I Hit You is an account of an abusive marriage. The book forces us to examine our notions of what domestic abuse really is.

If your friend or your boss or sister or anyone you know is a victim of domestic violence, then here’s your chance of speaking up. Participate in the #ALetterToHer blogathon with leading publishers Juggernaut and tell us what would you say to a loved one to give her strength and support so that she rises up to her abuser and takes charge. Let us all shout out loud – domestic violence is no longer that dirty little secret we will hush up!