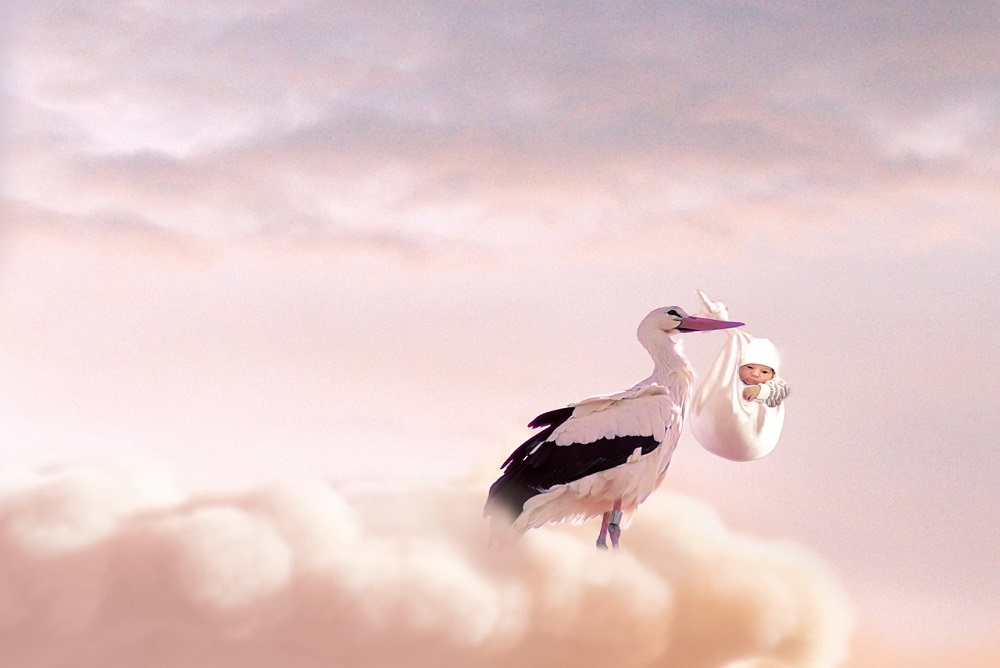 A Message To The Aunty Brigade: Back Off! The ‘Ghar Ka Chirag’ Will Be Expected On My Schedule!

Who should decide if and when to have a baby? The couple in question, and no one else. A snarky personal account of this social problem!

My husband and I are childhood sweethearts and got married post our courtship of over 5 years. Ours is a classic case of 2 States (he belongs to the North and I hail from the South). We became proud parents of our beautiful bundle of joy exactly 5 years post our wedding.

During those 5 years before our son was born, I have been bombarded with a great number of comments, reactions, advice, appeals and threats from friends and family (mostly from my husband’s family) to conceive and deliver a baby.

It was as though as I was sitting on a time bomb and that bomb would explode within me anytime soon if I didn’t pass the test (literally). It actually brought back the unpleasant memories of the appendix surgery I had to undergo when I was in Grade 10th and how I would obsess about the appendix getting ruptured any time prior to the operation, and I would have to embrace death as a virgin.

Once I had put behind me the third month of my marriage, there was great speculation and anxiety over when I would announce the ‘good news’! That was the ONLY question everyone was highly interested in, except for my husband and me. We were more than happy to be enjoying the extended period of our honeymoon and didn’t care a damn about what the rest of the khandaan felt.

But this lack of complacency from our end intrigued and bothered the relatives (mostly my MIL and the aforementioned Aunties) way too much. They couldn’t fathom why a couple who have known and dated each other for the last 5 years would want to waste any more time in doing what was the expected outcome of a newly wed couple! In addition, I was already 25 years old by then, and this was certainly causing the blood pressure to rise steadily for my MIL and her sisterhood circle. Their benchmark was to produce at least one child by the age of 23 and here I was, severely lagging behind in the race.

Initially, the questions and comments on this hot topic were more subtle and understated. It was like “Phoolo phalo, jaldi good news sunao” (stay blessed and get started with your family). I would blush like a demure bride, and take this all as part of the great Indian tradition. But, soon as the months and years went by, the reactions were filled with a lot of emotional upheavals and heavy doses of melodrama.

Some of them would say “Bas bahut ho gaya honeymoon, ab jaldi se good news suna do!” (Enough of this honeymoon period, it’s time to Just Do It). And they would be so sincere in their attempts that I earnestly wanted to hug and comfort them, but alas all these golden words fell on deaf ears of a thick-skinned bahurani (aka daughter in law).

A few of them would be appalled to know there is no good news around the corner and with a disgruntled look on their face they would proclaim “These educated girls think too much of themselves and they don’t value family any more, is this any way to lead their life?” The best part was that they would have these conversations openly and without much care about where they were saying it. All that mattered was that they should have the last word. And surprisingly, my husband was always bailed out of this discussion. They would just sheepishly smile at him and through very feeble tones communicate that its time he did something to keep the Gupta family rolling. But their bias towards him was very evident and while that would irk me at times, he wasn’t completely out of the game yet.

By the time we were in the 4th year of our marriage, everyone safely assumed that I has some health issues which were the roadblocks for me to conceive and again, my husband was safely acquitted from this accusation. While on one hand I was fuming at this ridiculous assumptions of theirs, on the other hand I was way too bored and lazy to clarify my stance. Thankfully, by God’s grace and the abundant ‘well–wishes’ of the tribe that so desperately wanted me to get pregnant, I did not have any medical issues.

My husband and I were very clear that we wanted to be financially well–settled and emotionally completely ready to have a baby. We both love kids and were very excited to start a family, but only when we were both ready to accept the responsibility and whole-heartedly embrace parenting.  But this wasn’t a good enough reason for the over enthusiastic family that didn’t care much of what we had in mind and all that mattered to them was that we had crossed the (un)official age limit to conceive and we would end up being ‘old parents’.

After all the waiting and guessing games, my husband and I finally hit bull’s eye and welcomed our most precious bundle of joy in the year 2005. We were both 30 years old and the family was happy that sense had prevailed at last. There were celebrations galore and this was even more special for them, as it was a boy and their ghar ka chirag (The Gen Next Gupta) was born. For my husband and me, the most important aspect was to have a healthy baby; all other things were irrelevant.

I was super excited to blow my trumpet from the roof top, not for anything else , but to let the Aunty clan know how great it is to have a child at the age of 30. Once my baby was born, I was so relieved that I wouldn’t have to deal with the favorite topic any more.

But my hopes were squashed very soon. The Aunty brigade were already scheming for a sibling for my new born baby. Here I was still coming terms to the fact that I am a brand new mother and there the entire tribe was gearing up to give me some sound advice to plan the next one soon. The first time I heard someone advising me to have a brother/sister for my little boy, I almost passed out. That was far easier than going through the emotional turmoil of having to listen to those sound bytes. But, even that didn’t deter them from their mission.

With every passing year, as my son was growing up, so was their determination and commitment to ensure that we have a second child. We were very clear with what we wanted and so we would simply smile and dodge the question. Soon, they realized that I have crossed the official age as per them to become a mother and so they decided to make peace with the situation.

My son is 11 years old today and yet sometimes when they see him with us, they can’t refrain from telling us bluntly, “Why an only child?” And my response to them is “Only, not Lonely!” It is purely our prerogative to have a single child and were are very happy and content with this decision and that’s all that matters to us.

For the evergreen Aunties, I only want you to shift your focus to some ‘greener’ pastures and make hay while the sun shines!

I am Rachana Gupta, a happy and highly spirited woman, who loves being the sunshine

The Career Break That Turned Into A Blessing!

War And Peace: A Story of The Key