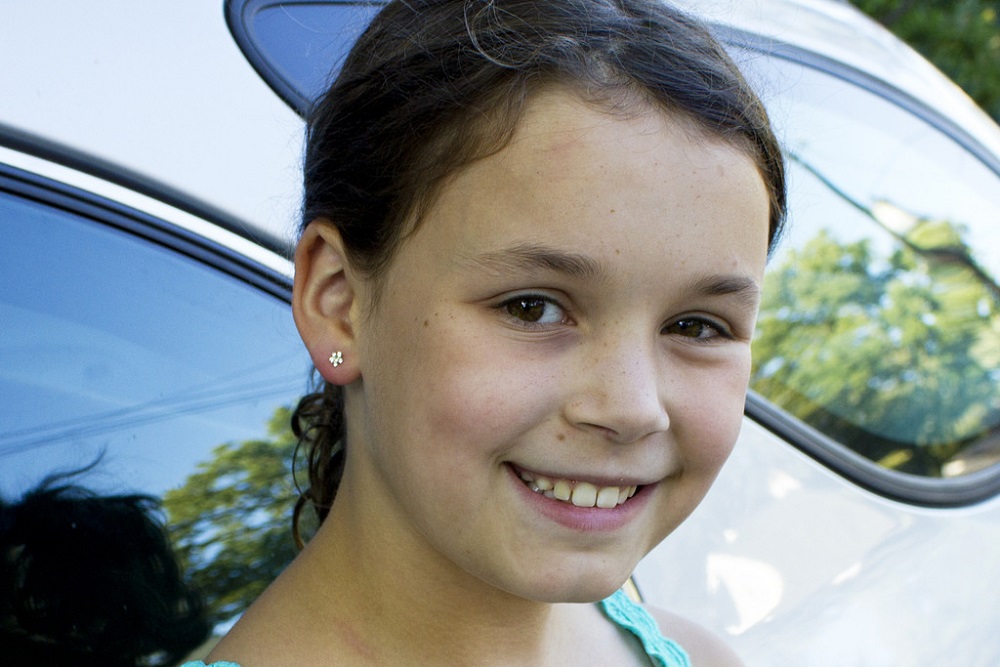 Is Ear Piercing For A Baby OK Just Because It’s Tradition? Doesn’t Your Child’s Consent Matter?

Ear piercing in infancy as a tradition – aren’t we violating the child’s autonomy over their body? Isn’t their consent important?

I envy people who say “I have no regrets”. I for one have not reached that level of nirvana yet. I have many regrets in life and it seems as though motherhood has certainly brought along a surge of regrets. Today for instance I snapped at my daughter because she was toying with her food and taking forever to finish her meal.

During the course of a single day there are many instances when I tend to lose my cool with her – the 100th time when she pours water on the just mopped floor with glee, when she refuses to put away her toys because she just doesn’t feel like it, when she keeps pawing at the bathroom door and wailing for me to come out scarcely a minute after I went in – you know, all the lovely toddler stuff of dreams! Eventually the omnipresent ‘mommy guilt‘ gets hold of me and I feel terribly bad about it all later on.

A lot of times I’m not sure if my guilt is even valid. I mean, when after a long and tiring day all you want to do is deliver yourself into the blessed hands of sleep, it is quite reasonable to be mad at your child for demanding water for the nth time isn’t it? It’s only human. One such questionable regret of mine is having had my daughter’s ears pierced when she was around a year old.

No doubt, there are a lot of arguments in favour of ear piercing. Some say that it is our culture, our tradition… true, but well, so was sati, dowry and child marriage isn’t it? I’m not totally convinced with this argument that something needs to be done just because it is a part of our cultural tradition, just because “our parents did it, our grandparents did it, so you do it.” Some others give me a rather vague reasoning about how the ear lobe has pressure points and hence wearing earrings can apparently result in some sort of good energy. Sounds quite interesting. However there are a lot of people who go about their lives without ever had ear piercing and they seem to be doing as well (or as bad) as their earring toting neighbour in my opinion.

I must admit though that all those tiny little studs and teeny weeny jhumkas were oh so tempting, and I wanted to admire my daughter wearing them. Plus one thing that did make me vote in favour of ear piercing for my daughter was my belief that probably a day would come when she will see me or her cousins or friends wearing earrings and then will want to copy us. I didn’t want her to be an oddity.

I was willing to wait for that day when she herself asks for her ears to be pierced, but then some people informed me that a young child’s earlobe is more tender than an adult’s and hence it’s much easier to pierce if it’s done at a young age rather than later. Supposedly, it will be less painful. I have no idea if this is true or not and I should think that no one can really verify this statement because it’s not possible to compare the two experiences.  But it did make me give in and allow ear piercing for her.

On that day when she was held down tightly and her little ears were pierced, she totally didn’t understand what was happening; she was terrified and screamed her lungs out. Of course, she became fine a little later after being mollified with a bar of chocolate but I continue to have a bad feeling about it till date.

The entire incident did make me question my decision. I mean, these days we are all about teaching consent. If I want my child to understand that she has complete rights over her own body and that no one can touch her or kiss her or compel her to do so if she doesn’t like it and without her permission, then surely my decision to pierce her ears violates her rights, doesn’t it? Yes she is a small child, but does that mean she has no say over what can or cannot be done to her? Isn’t that unfair and also a bit convenient for us to change the rules according to our whims and fancies?

Perhaps this is a small issue in the larger scheme of things; something that she won’t even remember and maybe something which she might even like and be happy about if she enjoys wearing earrings. But I still have this niggling thought somewhere deep in my mind that my choice was so much at loggerheads with what I want my daughter to believe in as she grows up and faces this world. I am obviously aware that as parents we make a number of choices on behalf of our child on an ongoing basis. However, piercing one’s ears is largely cosmetic – something that is truly not necessary for an improved quality of life – and I am yet to see any valid scientific proof that states otherwise.

What’s more, lots of adults actually do get second piercings. And guess what? They live to tell the tale – and some even go on to have even more piercings. Honestly there are far more painful things that can happen in one’s life and an ear piercing wouldn’t really rate high on a pain scale I assume.

In any case, I guess what’s done is done. If my daughter ever decides that earrings are not for her then I suppose she will just stop wearing them and the holes will close up gradually. And I’ll have to accept that.

So, what about you? Have you pierced your child’s ears? Or have you chosen to wait? 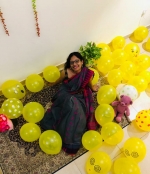 Why I Think My Traditional Mother Is More Liberal Than Many New Age Women!