Chimamanda Ngozi Adichie Dear Ijeawele or a Feminist Manifesto in Fifteen Suggestions is a must read for every parent. Here's why. 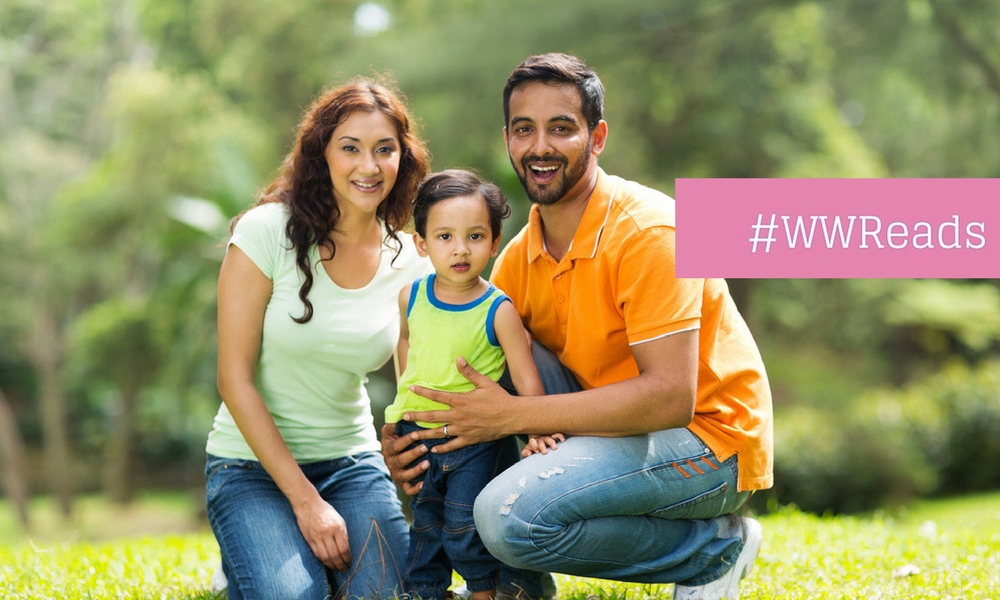 Chimamanda Ngozi Adichie Dear Ijeawele or a Feminist Manifesto in Fifteen Suggestions is a must read for every parent. Here’s why.

How strange it is that sometimes some 500-page books are done reading within a couple of hours and sometimes some less than 100-page books take an entire day! In my case, I took about 3-4 days for this one to sink in. Not because it was tough, but because there were so many things in it to note down and mull over. While I am typing this piece out, I can say I have already read it 5 times.

Motherhood is a significant turning point in a woman’s life – a commitment of a lifetime – bringing a tiny human being into a world so far and huge. How, in such a scenario, do we teach our children the right ways of living? Can we or can we not? When we ourselves have been conditioned by a particular upbringing, can we break those chains and teach our children to be more open to the world?

Chimamanda Ngozi Adichie’s friend Ijeawele, a new mother, asked her how to raise her child to be a feminist! To this, Adichie wrote a 15-point book Dear Ijeawele or a Feminist Manifesto in Fifteen Suggestions. After I read two of her other books Half of a Yellow Sun and We Should All Be Feminists, I was more inclined to find out what else has she said about being a woman. And as with the first two, she did not disappoint me one bit. In fact there were a couple of points in We Should All Be Feminists which found me disagreeing but not with this one, which goes on to show how Adichie also believes that opinions evolve as we experience more and more.

When I first raised a feminist voice on a public forum, I was silenced by being called a ‘confused’ feminist. I took a back-seat and pondered upon this for a while. I tried to understand why this happenned when all I was trying to say was “Reading books or how many of them we read, is not gender-specific”. After a couple of days of musing, I realized that this wasn’t the person speaking. This was the deeply embedded patriarchy speaking. He thought why couldn’t I take it as “humour” like everyone else was? After all, “it was just a joke”. He was putting women on a higher pedestal, wasn’t he? He was joking about how women were “superior” in reading, so what’s bad in that for a woman?

What he didn’t realize was, feminism refutes this idea of superior-inferior. It refutes the idea that women have to be championed or raised on a pedestal or be called Goddesses. Feminism says that treat everyone as an ‘equal’. And the ‘joke’ that he made was funny for him, but not for me, because a ‘joke’ is a result of an idea lodged firmly in our lives. And I could clearly see how deep-rooted it was, which is why I was perturbed.

Adichie speaks about such anecdotes in this letter for every suggestion she gives. She tells us about how some things are easily justified by the society by calling them a ‘tradition’ or a ‘social custom’ or a ‘cultural norm’. About how ‘cooking’ and ‘being nice and likeable’ are predominantly a woman’s domain and how it has, in essence, got nothing to do with gender. Cooking is a skill to be learnt – like Gustave says in Ratatouille – Anybody can cook! And if we are teaching our girls to be nice and likeable, why not teach the same to our boys? ‘Marriage’ and ‘Motherhood’ so often dominate a woman’s life but we don’t do the same with boys. We bless our little girls to get good husbands but we bless our boys to get good education and jobs.

Adichie also goes one step further and talks about racism and sexism and how she is more angry about sexism than about racism because it is much bigger a problem. She goes on to explain why it is incorrect to bifurcate toys and clothes in two different sections – because of this extensive generalization that pink is for girls and blue is for boys, or dolls are for girls and machine toys are for boys – which in turn curbs the development of their little brains. We are dissuading them from choosing something against the ‘social norm’.

She warns us against ‘Feminism Lite’ – a phenomenon of conditional feminism – and how it is harmful for everyone – men as well as women. This she does with simple day-to-day examples and they certainly are effective in drilling the whole idea into a reader’s mind.

Apart from feminist ideologies, Adichie also gives us some insights into how we can mould them into becoming wholesome individuals, non-judgemental yet opinionated with courage enough to stand for what they feel is right. I wholeheartedly agree when Adichie says ‘chivalry’ comes with an underlying implication that women are weak. So we need to draw our lines. She highlights the magnitude of inculcating the habit of reading (not just the school books), about not naming the sex organs in some weird fashion and weigh them down by shame, instead encourage them to talk about everything freely – be it sex or pregnancy – for which a mother doesn’t have to become a ‘friend’ – she just has to be a mother who has empowered her child enough that they both can talk about anything under the sun. She emphasizes on the gravity of the language used while speaking to kids. One has to be aware and respond in a manner which would not in any way hurt the identity of the child. 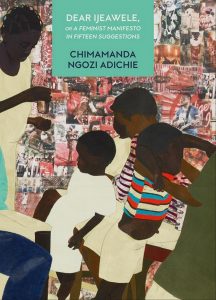 For years we women have been drilled with an idea that embracing our womanhood is a sign of weakness. That women are weak drivers, we put on loads of make-up (to impress men), the jokes that go around that a woman was driving and putting on a lipstick so she is bound to crash somewhere and kill someone, the jokes which say that women don’t understand the difference between a ‘pull’ and a ‘push’ sign on a door. No. This is not ‘because’ they are women. It is ‘because’ anyone who is clumsy and distracted is bound to make the above mistakes – a man or a woman. Adichie, therefore, explains why it is important to not tell our children to do something ‘because’ they are of a specific gender, rather to rationalize it.

Very practically, she also elucidates on the fact that female misogyny exists and should not be denied. More than men, females are a threat to fellow females – because of years of patriarchy gone by and this she explains with numerous examples. She breaks feminism down into two fundamental principles (not gender-specific) –

2) “Can you reverse X and get the same result?” (X can be any situation between a man or woman, husband or wife, boy or girl.) If no, then something is wrong.

We need to remember that feminist responses are contextual, and not definite. It is an ever-evolving, ever-changing process.

This book is recommended for one and all – fathers and mothers of girls or boys or the ones who haven’t had children yet or even those who don’t think they would ever have one. It not only gives us an idea of raising a child who looks at the world with ‘equal’ eyes but also helps mould our own minds which have been shaped in a particular manner for years by various elements of culture and civilization. It acts as a guide but doesn’t come with a guarantee.

As Adichie says, we might do everything written in here and our children might still become someone else. That is how life is. But it is important that we do our bit anyways.

If you’d like to pick up Dear Ijeawele or a Feminist Manifesto in Fifteen Suggestions by Chimamanda Ngozi Adichie, use our affiliate links: at Amazon India, and at Amazon US.