It has been a long wait, but it is finally over. Winter has finally come upon the seven kingdoms. Was it as good as the hype? For someone who has read all the books and has binge watched each season almost every year, the 595-days-long-awaited premiere definitely kept me hoping for more.

The 50-minute run time was a bit dispiriting; with many scenes rushed up, and some significant moments not getting their deserved screen time, I definitely wished for something more, but maybe it is just me. It felt like an episode of reunions. They underplayed the characters of Jon and Tyrion. Bran’s deliveries were flat. Someone needs to shake him up a bit. We did not see Ghost at all, which was thoroughly unsatisfactory, while we saw a jealous looking Drogon staring down at his mother while she kissed her ‘nephew’.

Note: We have tried our best to avoid any spoilers in this review, but you may still find a few minor ones!

The women of the seven kingdoms, though, seemed unfazed. They seem to have become stronger, cleverer, wittier, colder, and more ruthless than ever. They no longer encourage patronising comments; they give back with panache.

We see an unperturbed Yara Greyjoy being defiant as always with her uncle. While we finally see Theon get over his PTSD in order to save his sister, Yara is in no mood to let him go without a strong and smashing head-butt. None of what she has gone through has curbed the warrior in her. She has been very consistent in terms of her power and character since day dot.

“I used to think you are the cleverest man alive”, Sansa’s barb at Tyrion is scathing; it shows us how far she has come. Through all those betrayals, all the pain, everyone put her down and I am sure there still are many haters. These do not understand how human she is with zero superpowers or sidekicks or any formal training of war or politics – a girl raised only to rear kids and be a wife. Sansa is now the female equivalent of Peter Baelish except that she has the love for her family on her side.

We see her cold smile when Ramsay’s hounds sniff at him; her merciless eyes when she says Joffrey’s wedding “had its moments”; we see her not being one bit intimidated by Daenerys or her dragons; we see her asking very pertinent questions; we see her taking very intelligent political decisions, and we can safely say that the bird has finally flown out of the nest. It came after a long time, but it did, and how!

Dany has probably been the only woman other than Arya who has been given a brilliant arc in the entire series, but this season sees her getting a tad less smarter and a lot more arrogant about her power. The pride in what she has achieved so far and in her dragons seems to be bringing out her father from within her. She demands respect with aggression while very conveniently forgetting that the North has always been on its own with its own King. She seems to forget that she needs to earn it here and that fear earns only fear, not respect. After the season’s mega-revelation of Jon’s parentage, it is now left to be seen as to what Dany makes of her power. Does she redeem herself finally, or does she become just a Mad Queen? We will need to see.

Arya, with her mysterious air, seems to be the most grown up of all. She knows her place. She can move stealthily like a cat as Syrio Forel taught her and she can kill with many faces, as she learnt from Jaqen H’ghar. She also knows that Sansa is now the cleverest person. It is clear that she sees herself as the family’s defender and will not trust the men of her family to do it. Her reunion with Jon shows him being the listener, rather than her mentor as he was at the beginning.

It was very disappointing to not find Brienne of Tarth around. The sassiness of Lyanna Mormont also looks a bit jaded but she is still her feisty self, questioning her King about his actions.

Exactly when we think Cersei is now left alone, we get to see how nothing has shaken her at all. Instead, she is seen bribing Bronn of the Blackwater to kill both her brothers if at all they come alive out of the war. At one point, it does look like Cersei has succumbed to the abandonment, but she still does not want to give up yet. It will be interesting to see how the valonqar prophecy turns out now.

Other than the women characters, let me take a moment here to appreciate our very own dear friend, Samwell Tarly. He does not shy away from emoting when he learns about his family; he does not forget his duty either. I think Samwell’s character is the bravest of all, when it comes to being unapologetically genuine. Someone who can acknowledge fear and act upon it, for me, is the bravest of them all.

The entire episode is said to be a rehash of the season one – episode one! Therefore, to see Arya lurking around was nostalgic. All of them have grown up and have undergone so many changes that these reunions, no matter how rushed, still leave an indelible mark. It started from the North, it’s culminated in the North. Winterfell is the Starks’ domain and you cannot control them there. It is going to be pretty interesting to see how Bran’s and Jaime’s meeting pans out. Uncomfortable for sure, but a very important aspect of Jaime’s personality will probably emerge. And Bran’s. I really hope he does not end up simply forgiving his abuser for the greater good. I am looking forward to responses that are more human from Bran; even if he is now the Three-Eyed Raven, he was a kid when he had to go through terrible pain.

I, personally, would want a woman to sit on the Iron Throne. However, that does not seem like a plausible situation anymore unless Azor Ahai and the ruler of the Kingdoms can be two different people. We need to only wait and watch.

Until next Monday then! 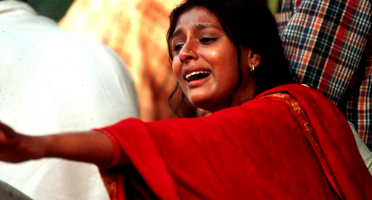 This Is No Nation For Women; Can You Imagine The Violence In These Women's Lives?