More Women Now Are Running For Fitness And A Runners’ High, Making It A Healthy Lifestyle Choice

Women running in India has become a welcome trend. Running has a positive effect on your body, and acts as a natural antidepressant! 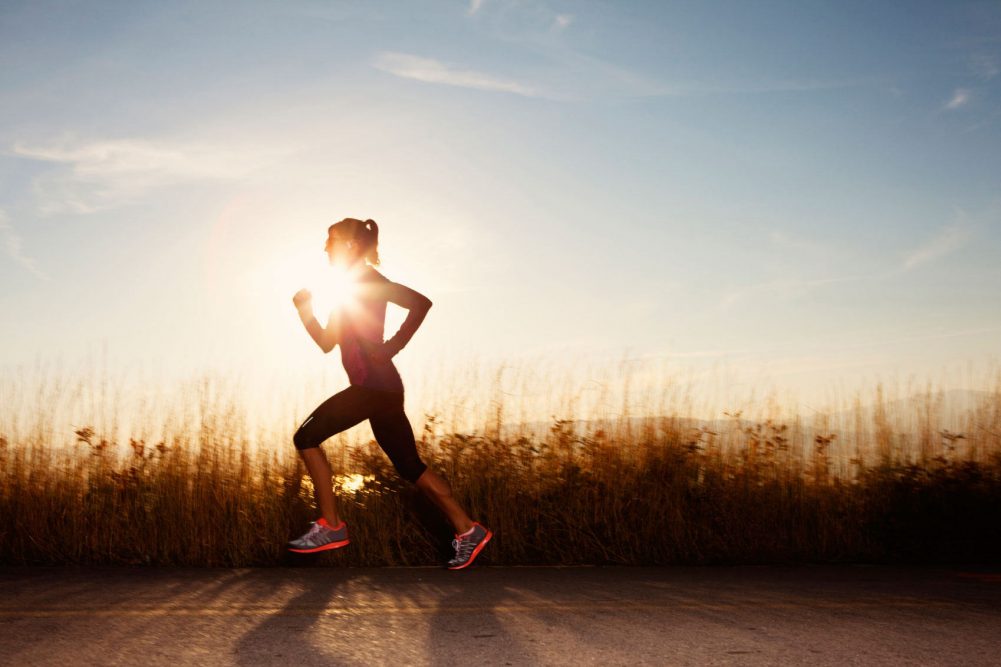 Women running in India has become a welcome trend. Running has a positive effect on your body, and acts as a natural antidepressant!

Running is easy yet a very tough activity. Easy because you hardly require any resources to do it and tough because you need tremendous will power to get yourself going. Once the inertial of motion sets in, running is absolute ecstasy.

Some benefits of running include getting body in a good shape, building the heart’s stamina and preventing depression.

The limbic and prefrontal areas of the brain are the one which control emotions. These are the areas which make you feel elated if you are in love or hear good music.

When you run, your body produces endorphins (happiness hormones) which travel to these areas in the brain and makes you feel ecstatic. Endorphins are similar to morphine, the analgesic drug that relieves pain, and is known to alleviate the likes of menstrual pain. Also, when you run, your heart becomes more efficient over a period of time, and can pump the same amount of blood in fewer beats. So your resting heart rate decreases. This signifies a decrease in the risk for atherosclerosis, sudden death or cardiovascular diseases.

Women running in India have been uncommon due to several cultural and social norms. Because of these, the health consciousness in India for women has been restricted to indoor exercises or brisk walking in parks. However, running has picked up as a recent trend in India, thanks to the numerous organized running events that have provided women with adequate security and environment to run.

Pinkathon is a running movement started by Mr. Milind Soman and Ms. Rima Sanghavi. In 2015 more than 66,000 women have participated across 8 cities in India in Pinkathon runs. The movement has raised more than Rs 60 Lacs so far towards treatment of underprivileged women with breast cancer, and has facilitated free breast screenings for thousands of women.

While women running during the events have become increasingly common, there is still a large gender gap that can be observed when it comes running in public places in India. However women who have grown up in clean environments have always seen running as a part of their lifestyle and it has been acceptable in the culture too.

Niharika Nel Lepcha, a 31 year old media strategist from Bangalore and a passionate runner, calls herself a pucca pahadi. She was remarkably perky after I spoke to her after a super tiring half marathon she had finished a few hours before. She thanks her genes for being a passionate runner and has honed her skill since childhood in the hills of Darjeeling.

Living in mountains, running was infused in her life style since very beginning. While sprint running for her was more for fun and recreation, marathon running has helped her learn energy management. A strict disciplinarian and a passionate sport enthusiast, Niharika runs 3 miles every morning starting at 6 am. For her, running helps her in managing her thoughts better. In her words, “There is so much music playing in my head when I run that I actually don’t need any music.” Running as a daily activity helps her organize her thoughts efficiently. A structured thoughts process during the start of the day helps in structured work-day. An integration of such structured days over the years has definitely helped Niharika in her professional success and managing her life-style in different parts of the world.

Nineteen year old Anika is a state level boxing champion from quaint city called Rhoru in Himachal Pradesh. She sees running as a quintessential activity before her practice for boxing every morning. At the age of 14, running gave her the much needed stamina and confidence to start her journey towards becoming successful sportswoman.

While mountain girls had it in their genes, there are women runners who have picked it up watching others. For Rimi Sen, a 28 year photographer, running was more of a challenge four years back. Rimi’s first 10 km run was for ‘breast cancer awareness’ and was a tribute to her mother who she lost to breast cancer. She never stopped after that and runs 3 miles every day.

Running has helped Rimi build stamina, which she requires to cope up with the erratic work schedule. Running makes her feel in total control of her mind and body. She also does yoga in between to stretch her body well to avoid any harm from running. Running gives her immense happiness and has made her body very agile.

Interestingly, after running, Rimi has also started monitoring her body closely. Any pain or discomfort in running signals to her that there is something not right and needs immediate attention. A successful entrepreneur like her can function only with a healthy body and running has been her guardian angel for that. However, she feels that Indian public places are still not safe for women to run. Adding to it, pollution in the big cities does more harm to you when you run.

Thirty three year old Puja from Cochin, a proud finisher of 10 half marathons and a fashionista, highlights that Indian women do not pay adequate attention to their health after they get married. Defying all odds though, Puja started running after she got married and excels at it now. When she started running, she was 15 kgs overweight. Things have changed for the better after she picked up running – she has lost all extra fat from her body and feels happy to be back in her original body frame.

During the menstrual cycles, unwelcome symptoms like cramps and the dreaded mood swings can be alleviated by jogging. When I ran my first half marathon with my periods on, I did not face much of an inconvenience. I felt that running does something similar like hot water bags or pain killers.

Echoing this thought, Shveta Chakraborty, a 30 year old scientist says that it is more of a mental block that women should not run during the periods. Shveta picked up running during her PhD in Switzerland and does not remember women mentioning absence from running practice due to their periods. She feels that running has a cleansing effect on her mind and helps her to connect with herself better.

While running is a great way to manage your physical and mental health, 32 year old Pratikshya from Delhi has a piece of advice for everyone who wants to start running. She says that everyone should train well before they decide to take up long distance running. Pratikshya does diverse form of exercise to train her muscles better. She is a cycling enthusiast, a swimmer and a runner. She says her muscles become more adaptive when she combines the three forms of exercises.

Running is contagious and talking to these wonderful passionate runners has definitely helped me in setting up my New Year resolution for 2017 which is to become a better runner. As I tie my shoe laces for a long distance run, I have to say this to every potential runner —

Of all the things you will ever regret, holding that silence within the bones would be the biggest. So run to release the silence and start to talk to yourself again. Embrace yourselves!