Think we need to stop playing sports on period days? Think again! A young girl’s story of playing Kabaddi ‘on those days’ will have you smiling. 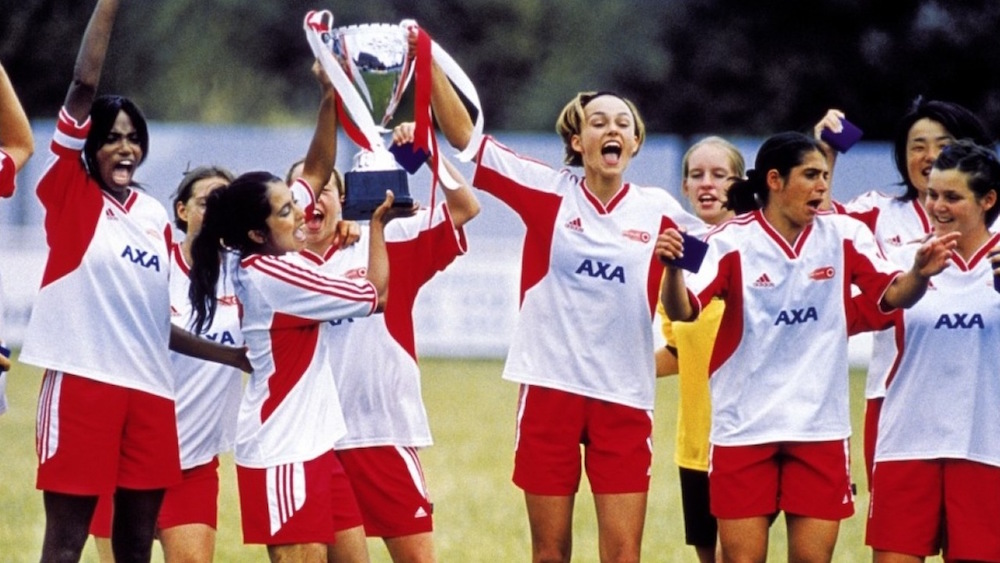 Think we need to stop playing sports on period days? Think again! A young girl’s story of playing Kabaddi ‘on those days’ will have you smiling.

With super-sportswomen like Dipa Karmakar, PV Sindhu and Sakshi Malik making their mark in the Rio Olympics, women power in sports has caught the attention of the entire nation.

In some cases, the topic veers off to an entirely separate and yet, IMO, relevant topic. “How the hell,” I heard a friend wonder aloud, “do these girls manage these sports with their periods?” Ignorant, you think? Maybe…but I would beg to differ…because that not-so-naive question took me back to the time when I overcame my own mental and physical barriers around periods and played the match of my life.

Just to set the record straight, I was no sporting prodigy. I just loved playing outdoors, whether it was cycling and skipping, or mere-mortal games like pitthu/lagori and kho-kho. But that, along with my chubby (fat?) build was still enough to get me classified as a ‘tomboy’. Labels shouldn’t have mattered, but they did!

I too wanted to climb the school social ladder, and get into the ‘glamorous’ sports like badminton, volleyball, basketball and tennis. In the end though, what I did manage was the school ‘kabaddi’ team. (Preconceived notions, anyone?)

Anyway, this small-framed girl with ‘baby fat’ (as my mother would call it) was far from disheartened. I took pride in this too and with all my heart, I started practicing for the upcoming matches. As I soon learned, it was either physical strength or agility that mattered in Kabaddi. And of course, stamina!

Now, the coach might have selected me for ‘strength’, but what I was really good at was agility. The competition might have expected me to charge like a mastodon, but I could bolt in and out of the competition side faster than a frog on a hot plate. And true to form, I spearheaded a number of victories for our ‘KabaDivas’.

Yep, nothing could slow me down. Except…that one thing. Any guesses?

The day of ‘the’ match…the finals of the Inter-School League… happened to be very close to the day of my periods. I fervently prayed for my periods to get delayed by just two days, even bribed all the Gods I could think of…but to no avail. Someone in the team suggested popping some pills to delaying the periods, but my mother absolutely forbade that with the ‘no messing about with your hormones’ spiel. And as Murphy’s Law would have it, just a day before the match, the dreaded periods arrived.

But just as stubborn as the ‘baby fat’ that clung lovingly to me, was the desire to compete and win against all odds. I was gonna play…period! And clichéd as that sounds, once I made up my mind, half the battle was won.

As those who have had similar experiences would attest, it’s all in your head. Well, not all. Of course, there is a relative amount of discomfort. But the key word there is ‘relative’. You can choose to think about it all the time and worry yourself silly, or – you can just move on with it.

Nowadays, we girls have period panties to help us win our battles. Brands like the Adira period panty are designed to take care of both heavy-flow days and light-flow days. The high waist panties have protective patches for heavy-flow days and the medium coverage panties give you a secure patch to cover the most commonly stained area. They also have light shorts in white if your sports uniform is white and this is the only color of innerwear that you can wear.

But I digress. (And that’s because nothing like that existed in my teenage days!) If it had, then this little tale wouldn’t need to be written at all.

Finally, the D-Day arrived! With a double layer of sanitary napkins in place, I was there on the field, ready to give my best. The ‘Seven Wonders’ of the team were ready to take on the opposition. I looked around and I was clearly the smallest girl in the team. As had become the norm, I was sent in as the first raider and as we had decided, I quickly slipped in and out of the other side without getting caught. Our strategy was to defend well and catch all the raiders of the other team when they came to our side.

But Murphy was not done with us yet! A stroke of bad luck and five of our team members got out at one go while defending. With just the two of us left, my dream of being in the winning team was about to go up in smoke. With that sinking feeling in my stomach, I slowly made my way to the other side of the ‘lobby’.

I could hear nothing but the dull thud of my heartbeat. I saw the opposition slowly forming a ring around me, the match already won in their minds. I saw the smirk on their faces, and I grit my teeth in determination. I tried to recall everything our coach had taught us. And yeah, periods were the last thing on my mind at that moment.

‘Kabaddi, kabaddi, kabaddi.’ I heard my own voice, as I started moving back towards the centre line. The girl-chain-gang lurched at me as a single unit, and I dashed back in alarm. But I felt two strong arms around my torso, and down I went on the field. But the girl holding me tripped as well. The other girls crawled over each other, trying to overpower me. But I guess the excitement got the better of them, and though I felt their bulk on top of me, the grip around my body was loosening.

I struggled and squirmed out of their clutches, seeing nothing but the centre line in front of me. I felt another hand on my ankle and I kicked back, inching closer to the line. Another girl pounced on me, but it was too late. My fingers were over the lobby. I had revived four of my team members. Everything was hazy after that. The resurrected girls got the game for us, and I remember the wild cheers to this day.

No, it was not the Olympics. But it was a victory. More so, for the proud little girl who had won the battle against periods forever.

To answer that lady’s question, “How do they manage periods? The same way they manage everything else in life. With grit and attitude!”

Loved this story? Here’s a special offer for you! Buy 1, Get 1 FREE On Adira Period Panties. Apply Code: WOKAY at check out.