The versatile feminist actor, director, and writer Kalki Koechlin speaks about her work, feminism, and her recent journey into motherhood.

The versatile feminist actor, director, and writer Kalki Koechlin speaks about her work, feminism, and her recent journey into motherhood.

Kalki Koechlin, actor, director, writer, feminist and soon-to-be mother is how one can describe Kalki in a nutshell. Known for her choice of unconventional cinema and outspokenness, she has always lent her name and voice to causes around women empowerment and gender equality.

Born to parents of French origin, she spent most of her childhood in Pondicherry, after which she studied drama and theatre in London. Recipient of many awards like The National Film Award for Margarita With A Straw, she believes in cinema with a purpose.

As she is ready to embrace motherhood, we got her take on feminism, role of women in the Indian film industry, patriarchy and of course her thoughts on parenting.

You are pretty well known as a someone with strong feminist ideals. Would you agree to that description and what would you say has framed your persona towards that end? 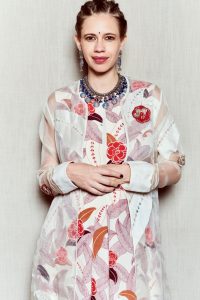 And what has brought that persona about is growing up in such an environment where my parents have treated me equally and as they would treat a son. My father has many-a-times taken me for hand-gliding since a very young age. When I was in my teens, I kind of replaced him in practical things like changing the tyre puncture, fixing the generator and things like that, which are mostly related to and expected from men.

It would seem that Bollywood is about as “man’s world” as it gets. This would surely have pay parity implications as well. Do you see things changing now?

We are still in a hero based industry. Most of our films are about heroes. I still get asked that who is the hero of the film/movie I am doing, even if it is a women oriented movie with no hero. Yes, of course it has an effect on the pay parity.

In a larger sense, it is only going to get changed when the stories themselves change, and when you start seeing more female/heroines leading the scripts and leading the box office.

Men as champions of feminism is a controversial subject. Many feminist women feel that such statements are limited to sound bytes – What are some concrete expectations we should have from men, to go beyond sound bytes?

I think men will be feminists when they start understanding the effects of patriarchy even on themselves as men. The fact that a man is expected to bring in the money or be macho or not cry – when those get disintegrated and a man starts to express feelings, express weaknesses, share domestic work and also divide work lives, that’s when change will happen.

It also goes into a more emotional and mental stage of men allowing themselves to become more vulnerable and thus allowing women to become stronger themselves.

Lastly, you are embarking on a whole new journey, which nobody can truly prepare for. What are the first thoughts that come into your mind on motherhood?

First thoughts of motherhood came in when I had morning sickness and vomiting every couple of days, all I thought was – why has nature made it so difficult for the survival of the species and made it so hard? 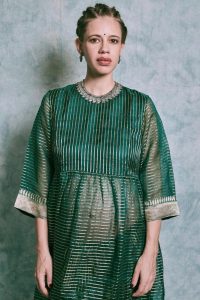 It has gotten easier with time, and even though I am sure there are going to be way more challenges after the baby is born, motherhood is exciting as it is the nurturing of a new being. It is something that two partners do together and you are not alone in it. I think a lot of women have been alone in raising children for a long time and that needs to change.

Change is in the offing and celebrities like Kalki are leading it. Like many other times when she has bashed stereotypes, I am sure her journey of motherhood will also be strong and inspiring. 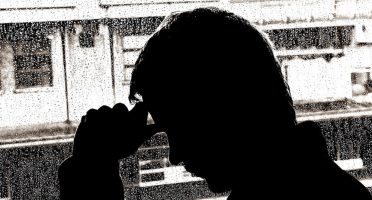