Why women cheat is not such a mystery if you really look at the dynamics of their relationships, and realize that women want just one thing above everything else - love. 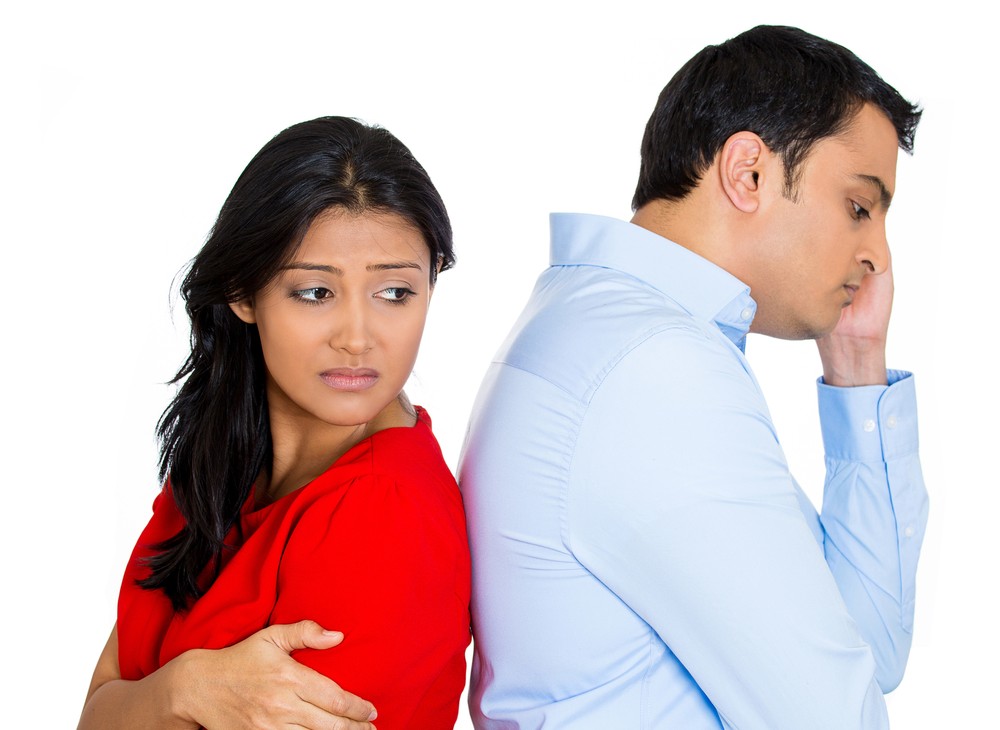 Why women cheat is not such a mystery if you really look at the dynamics of their relationships, and realize that women want just one thing above everything else – love.

I do not condone cheating of any kind in a relationship. This article is not a justification of women’s infidelity. I’m writing this article to explain why women cheat on their significant other. I want to explain the circumstances and the thought process that lead to their decision.

In order to satiate my curiosity  about adultery, I engaged in conversations with several women and men to understand it better.

They say 50 per cent of couples stay together even after they discover their partner’s infidelity. I was astounded by this statistic. Being fiercely loyal in any relationship, I failed to understand this. To me cheating is unforgivable. It is a betrayal of my trust. But whether or not society likes to admit it, people always cheat for a reason. Not just because its habitual or the sex is not longer exciting.

I had made many observations, and my conversations with my friends confirmed my hypothesis. I asked a lot of my female friends and their partners about why they condoned cheating and why they cheated in relationships.

He doesn’t love me/ treat me right

A lot of women turn to other men when their partner either neglects them, treats them like crap or ignores them. Women want men to give them love, attention and support. It’s not a constant, dire need. It’s something natural that both sexes want.

Men are known to neglect their partners for various reasons. Be it work, TV, video games or friends. This affects relationships in dangerous ways. It leads to resentment, hatred, anger and even women experience a sense of rejection.

One of my friends explained why she cheated because of this. “I didn’t want him to always hug and kiss me – it doesn’t always have to be about being physical. Couples aren’t lovey-dovey throughout their life-span of their relationship. I would like him to pay attention to me, and actually make a conversation. We would stay at home the whole day, and he would barely acknowledge my presence. So, unintentionally I turned to other guys. I ended up cheating for a span of two months after meeting a boy.”

She had a messy break-up, and she says she is not proud of cheating, but she feels angry and resents her ex-boyfriend for neglecting her.

He cheated on me first

This is rather obvious. The saying goes ‘Hell hath no fury like a woman’s scorn’. It’s true in many cases. One of my acquaintances recently got divorced, after being married for just a year. She was devastated when she found her husband cheating, just two months after their wedding. The relationship ended for her right there. She began seeing other men, one after the other. Her love for her now ex-husband died in a instant.

I questioned her as to why she didn’t wait until the divorce was finalised. Her answer was simple: “When he can cheat on me whilst we are married, why should I wait for a divorce? It’s my life. I can’t stop enjoying it because of him.”

She engaged in sexual relationships, dated several men whilst going through the divorce procedure. Women are expected to be holier than thou. We are considered to be the Virgin Mary. But that’s not true. People expect men to cheat and even brush it off. But women are labelled as sluts. Angered by this stereotype, the lady rebelled. And indeed, her ex-husband called her a slut. This further motivated her to continue seeing other men.

I fell in love with someone else

This is a rather devastating situation for women. Men who tend to be stoic or less affectionate will have women cheating on them. Men may defend themselves and say that it’s not in their personality to show love. But saying ‘I love you’, or physical contact goes a long way in a relationship. When men don’t kiss or hug their wives on occasion or a regular basis, it makes women feel unwanted. It also makes them feel less desirable.

I heard this story from another acquaintance. She married someone who was intellectually compatible, and was catalogue perfect. But two years after her marriage, she met a very interesting man, whom she fell for. She and her husband were the power couple in their family. They worked perfectly together, but they weren’t in ‘love’ with each other.

“We were always on the same page. We rarely argued. I could find no flaw with him. The sex was okay too. But he treated me like I was his colleague. He didn’t show any affection. We were so formal with each other. I would often see teenagers goofing around, and I would long for that. I was jealous of couples who engaged in PDA. My ex-husband and I were the dignified older couple. But I didn’t want that. I wanted the silly things and I wanted to be in love.”

These feelings constantly emerged in women whose partners tend to communicate less and rarely display emotion. It makes them question their partner’s love for them. “I fell in love with my current fiance,  he is  everything I wanted in a man. I married my ex because he was ‘compatible’. He never loved me either. He didn’t think love was necessary. It was just sex and giving gifts, nothing more…”

Giving presents and having sex out of obligation, will not ensure a successful relationship. No matter how materialistic a woman is, the feeling of being loved can compare to no other. It’s about time men realised this.

Men justify their flirtatious behaviour as acceptable, because society has  given them a thumbs up. Women will be furious if their men’s eyes wander, when they have eyes only for him. While someone might feel helpless about the situation, some women would break-up with those men. Others engage in adultery. Women doubt whether such men actually love them or not. They will constantly be suspicious of their partner’s actions.

Whether its receiving a phone call from a female friend, a lot of texts at night, everything will arouse a sense of suspicion in women. Even having close female associates is frowned upon and it will be red flags in a relationship. This leads to them asking too many questions, and being inquisitive.

Playboys make it seem like love is a game which they have to play. They like the thrill of the chase, and ticking off women from their wish list. Dating such men makes women fell insecure. They are anxious while they are dating such men. Their heart becomes vulnerable, so they either put up their walls, or completely distrust their  partner’s feelings because of their flirtatious behaviour.

If men do not openly admit that they are dating, women think its shady as well. Women begin to believe that the relationship is a joke to the man.

Another friend confessed to having an emotional affair, and even considered cheating multiple times. “My ex-boyfriend was a player, with numerous female friends. Some of them threw themselves at him, even in my presence. At first, I would condemn both of them. But I got emotionally involved with a male friend. Our emotional relationship was so intense, that I would always text my friend and I wouldn’t even notice my boyfriend flirting with other girls. It irked me when I would watch my boyfriend with other girls, and I would turn my friend for attention and comfort. I decided to it was time to part ways. If you look at it in one way, he basically drove me into the arms of another man.”

Though her boyfriend did not cheat, his reputation and frivolous demeanour led my friend to be unsure of his feelings. If men give off the vibe that they aren’t serious in a relationship, it gives women leeway to believe that they can have casual relationships with others as well.