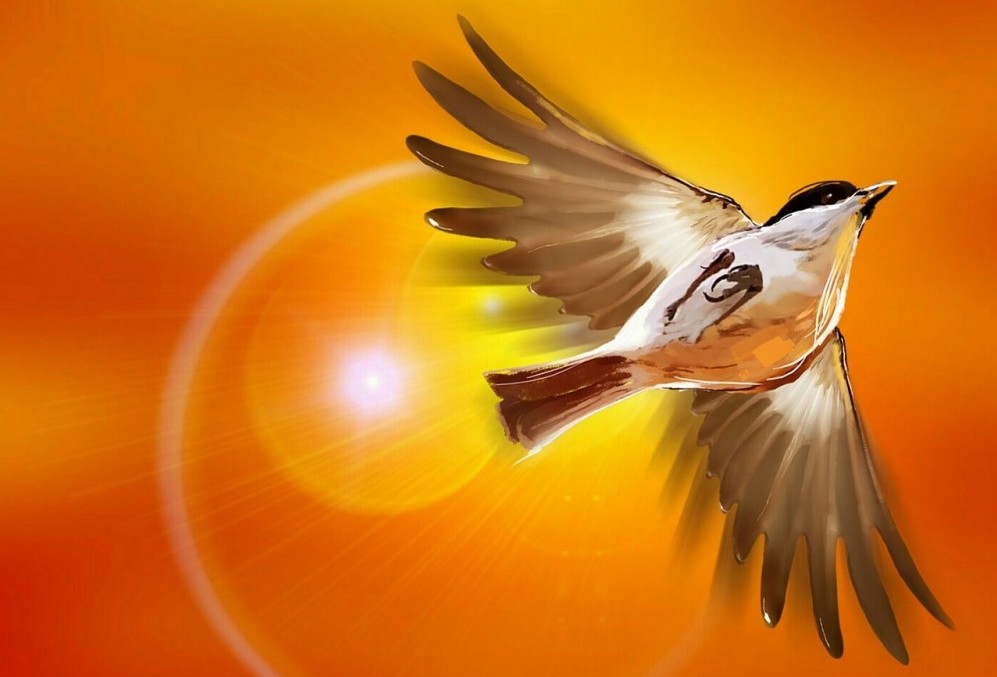 “I am very sorry for not being able to give you what you deserve, but I am helpless!!” – said Divya, sad, frustrated and irritated by herself.

“Why don’t you have a cup of coffee and then we can talk. It will make you feel relaxed Divs!” – Avinash tried to calm her down.

“I don’t need coffee Avi, I need freedom” – Divya could not hold back her tears now. She threw herself into his arms like a child, while he held her tight and tried to soothe her.

Deep in his heart, Avinash felt really guilty for putting Divya in that situation.

Avinash and Divya were good friends from their college days. They were married for just 2 years, but knew each other for last 10 years now. Avinash liked her from day one, it was certainly love at first sight!

“I don’t think I can live without you Divs,” he kept telling her in an attempt to convince her to get married to him.

“You are crazy Avi!” she would always chose to escape instead of saying NO.

The fact was, she had never loved Avinash in that sense. He was indeed a good friend for her, a very good friend. She cared for him so much that she could not directly tell him that she did not love him. She even felt guilty sometimes for raising his hopes unnecessarily due to her inability to tell him the truth.

On the other side, Avinash knew that Divya considered him just a friend, but his heart compelled him to think that she might have the same feelings hidden somewhere; just that she was not able to realize them.

Their friendship stood strong through all those ups and downs for 6 years from junior college till they completed their graduation. Fortunately or unfortunately – they got placement in same company and were posted in same town as well. When they were exposed to the broader world outside the campus, Divya wanted to fly high, touch the skies, make new friends and enjoy her life like a free bird. For Avinash, all his life revolved around Divya.

Divya wanted to fly high, touch the skies, make new friends and enjoy her life like a free bird. For Avinash, all his life revolved around Divya.

He was so madly in love with her by now that he felt insecure if she made friends with anyone else. Sometimes Divya hated this. She thought he was interfering too much in her life. But if she tried to express this to Avinash, he would get disturbed, making Divya feel guilty about her own feelings.

After being independent and working for 2 years, Divya’s parents obviously wanted her to get married and settle down in life. After many considerations and discussions, Divya finally decided to marry Avinash. She was scared that he would hurt himself if she married someone else. And for herself too, she thought – what can be better than marrying a best friend who loves you so much?

They made a good couple. They understood each other so nicely, they could tell each other anything, they could discuss anything on earth. But their relationship was so stuck within the bond of friendship that they were unable to take it to the next stage.

Divya was not ready for it; for her – Avinash was everything but a husband. She could not accept him as a life partner, could not imagine a physical relationship with him, even after being married for 2 years.

Avinash never forced her for anything, though this was hurting him badly now. He wanted to live a normal life, he had his expectations, and he wanted Divya to behave like his wife now. Divya also was trying hard but then it was not her nature to adjust. She was suffering from all sides. She also had painted a dream about her married life, but she could not put Avinash in that picture even after trying hard. As much as she felt bad about not being able to accept him, she also felt sorry for hurting her best friend so much. She felt like she were caught in a maze where there was no way out. She felt suffocated every minute and Doctors had already put her on depression medication. She was simply struggling to live a normal healthy life.

Depression weighed her down. Both their families were now worried for them – though they could not fathom the reason her health was going down day by day. “Start a family,” they were told, “things will get better with arrival of a new member.”

Only Divya and Avinash knew the truth. Divya just wanted to walk out of this marriage and live her life her own way… not that she was interested in any other man; but it was very clear in her mind that it was definitely not Avinash.

Avinash knew that she was not able to do that because of him, her care for him. He had never thought it will be this difficult for Divya to accept him as her husband. He felt awful for compelling her to marry him. For first year of their marriage, he was still hopeful that things would change. But by now, it was clear to him that things will only get worst with Divya and him. He did not want to lose his best friend in an attempt to get his wife.

Gathering all his strength, he pulled Divya out of his arms and looked straight in her eyes. “I have told our families about the truth in our relationship. Everyone knows that we still are just friends and nothing more. I know Divs, all you need is freedom. And I, your best friend promise you to give you what you want. Please don’t be sorry for anything, don’t feel guilty about anything, and don’t worry about me. I wanted to marry you so that we both can be happy together. But see what blunder it has been! None of us is happy Divs, and we cannot stay like this forever. I am strong enough to accept that we might be the ‘bestest’ of friends, but we are not made for each other. Please go ahead and live a life of your own Divs. I give you your freedom”.

It took them sometime to convince their families and conclude the divorce procedure. Avinash moved on in his life, with a new job in a different town. They were still in touch and it was good to see each other happy like before. It took a little longer for Divya – but soon she was also finally out of her depression and was looking at life with a fresh perspective. She did well in her job and was offered a good position out of India. She was on the path that lead her to achieve her dreams of touching the skies.

On Independence Day, she boarded the early morning flight to USA from Delhi. When she looked out of the airplane window during takeoff, she could see the happy birds who were set free as a part of Independence Day flag hoisting. She herself felt free like those birds, she was breathing freely, her heart felt light and her eyes shown bright…she was actually – Feeling the Independence…in True Sense!

A Perfect Libran, is how I define myself!! . Striking the Right Balance is my MANTRA - may it be between [email protected] & [email protected], Family & Friends, Myself & My relationships. Writing is my passion, reading is my read more...

Will Maharashtra Be Ready For Its 1st Woman CM By The Next Elections?

Life Never Stops... With Or Without A Loved One

It Takes A Village... [#ShortStory]