Common Marriage Problems: Why We Need More Openness About Sex 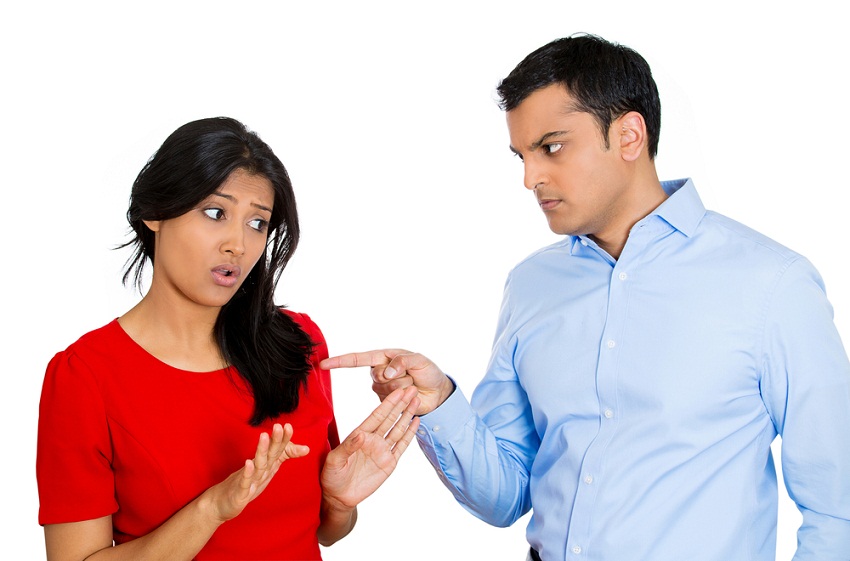 Marriage is a beautiful bond between two people who stick to each other through thick and thin. Nothing can break the bond between married couple when the husband and wife are equally committed and consider the relationship above all; when both of them uphold the vows of marriage to be a friend first and love, protect and cherish each other through all challenges life throws at them.

What if either one abuses the sanctity, the promise – physically, mentally or emotionally?

Usually, the abuse which comes to light is of physical violence, dowry harassment, and forced abortions. What often does not come out among the woes of marriage is the mental abuse, the belittling comments, the threats and  the forced sexual activity because of the attached stigma of dishonoring the family.

It is no surprise that the Supreme Court denied to deem forced sex in marriage as a crime, the excuse being, “If marital rape is brought under the law, the entire family system will be under great stress.” Do they mean that if such a matter is not raised and we all turn a blind eye towards the issue, then the family will not be in stress? Really? I believe that in a family, where the wife is being subjected to any form of abuse, there will always be stress whether she reports it or not!

I believe that in a family, where the wife is being subjected to any form of abuse, there will always be stress whether she reports it or not!

These issues are real and very common but we read and rant about them, discuss them for a few days, and until another such incident happens, we forget about such news and carry on with our lives, silently thanking our stars that something like that has not happened to us!

And what if there is no physical intimacy between a married couple?

Recently, in the capacity of an air force unit’s commanding officer’s wife, I had the misfortune of being privy to a diametrically opposite form of abuse in marriage. The husband, in fact, never even realized that his behavior was the cause of his wife’s distress!

This woman came to me with a unique problem, one that I had never heard of earlier. She wanted me, and my husband as the head of the unit, to intervene and persuade her husband to have physical intimacy with her. The couple had been married for a good ten to twelve years, but they had no physical intimacy due to which she had not conceived and was being taunted by her in-laws and neighbours in her native village as infertile. For years, she put a lid on the matter, bearing the brunt herself. The reason that caused her final breakdown was that her in-laws had started planning a second marriage for the man in hopes of a child!

This woman’s husband was involved with some religious group which practiced abstinence from sexual activities. For no fault of hers, she was being subjected to such mental agony. Her request was simple; that her husband should be ‘ordered’ to spend just enough time with her to impregnate her. He would be then free to return to his way of life with the religious group. She reasoned that if she could bear his child, no one would blame her for infertility and they could continue to live under same roof with the same indifference as in the past twelve years of marriage.

She reasoned that if she could bear his child, no one would blame her for infertility and they could continue to live under same roof with the same indifference as in the past twelve years of marriage.

This poor troubled woman wanted to be held in her husband’s arms, wanted to be caressed, kissed, and passionately made love to. But she had been denied, for all those years, of any conjugal bliss. Her mental state was such that she looked gaunt and much older than her 35 years of age.

I was stunned to come across such a situation and was a little unsure of how to address the matter. Both of them were counseled privately and we wished them well.

But will this be considered a crime, a mental torture by society and the court or not? Or is it best for all to look the other way and let the family deal with this issue on its own too? Who should a person going through such a situation turn to?

In the recently released movie Piku, the protagonist subtly mentions sexual gratification as a need for women too. People refuse to recognize that passionate love-making is as important in a woman’s life as it is for a man (with her consent; that does not mean that a woman can be raped in or out of marriage at the will, whim and fancy of a man).

Is it not time yet to discuss such issues instead of caste and religion? Have we not come a long way yet to let women speak out about their desires? Is it not right yet for a woman to demand physical satisfaction from her partner in a way she wants?

Let us grow up and talk freely about issues relevant to humans without making it into gender specific. Unless men understand that a woman’s body is not a toy for them to be used at their will, unless women have autonomy on their bodies, thoughts and desires, there will never be any justice, rapes will keep happening, and women will keep curbing their own freedom!