Here are 9 feminist movies for kids that are a blast to watch together with family, and inspiring at the same time. 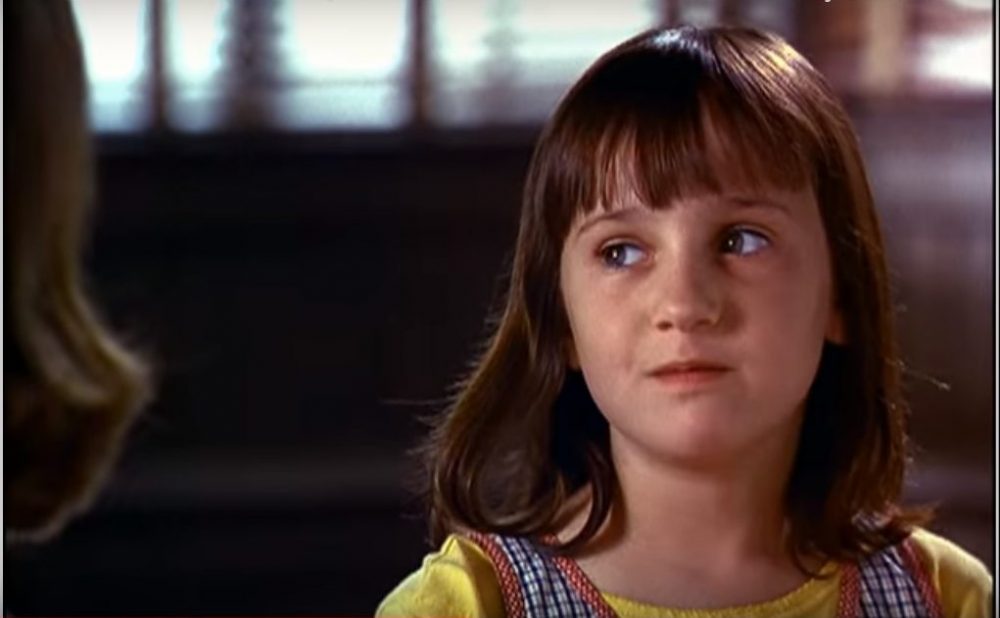 Here are 9 feminist movies for kids that are a blast to watch together with family, and inspiring at the same time.

Movies are a fantastic medium to teach children. They can learn so much from movies – the good, the bad and the ugly. So, it is truly important to learn and pick up the good, while pruning away the negative influences that come along with gamut of movie viewing.

This article deals with movie viewing with a definite purpose – Feminism! Clearly, there is a lack of real women portrayals in movies, especially in the Indian film industry. All that is expected from a main female lead character is to look like a million bucks, pout, flutter her eyelids, and act helpless – and not to forget to shake whatever her Mama gave her. Thankfully, recent movies like The Dirty Picture, Queen, Piku, Pink etc present the female standpoint in the movies but a lot more can be done.

And when it comes to finding feminist movies for kids, a parent really has their work cut out – how to find a movie that is kid friendly, yet one which does not dabble in stereotypes? How does a parent ensure that it is fun while still getting a gender positive message to the kids?

Here’s presenting 9 feminist movies for kids with honest and inspiring portrayals of women.

Technically not a princess but somehow, she makes it to the stereotypical ‘Disney Princess Club’. Which is quite unfair to Mulan as she is a class apart.

Set in the paternalistic society of China, all that is expected of Mulan is to be a pretty, dumb doll who would make a suitable bride to a worthy Chinese man. And that, my friend, is how a ‘good’ daughter makes her family proud.

Thankfully, Mulan has a mind of her own and a steely gut despite her dainty exterior. She is extremely respectful, loyal and obedient to her parents at the same time. (Bonus points just for that). When attacked by enemies, Mulan steps in and does the unthinkable act of saving China and its Emperor.

Coming from the caliber and genius of Hayao Miyazaki, this Japanese animation movie tackles feminism and environmentalism.

Miyazaki’s movies have always had feminist undertones. Dubbed in the voices of Tina Fey and Betty White, this gorgeous ‘under-the-sea’ themed movie is the tale of a goldfish ‘Ponyo’ who longs to be an actual human girl and Sosuke, a five year old boy.

All the female characters are presented realistically – like Lisa, Sosuke’s mother. She has an identity and life apart from her marriage and her role as a mother. She works at an old age home. She completely trusts her child, Sosuke to make his own independent choices and decisions in life. She is not a perfect mother and she is perfectly okay with the fact as she understands her limitations and the fine balance of work-life-health.

Faced with sexism right in her own family, Matilda bears the brunt, with her parents unfavourably choosing her brother over her, every single time. Things aren’t any better at school either with an evil monster of a Principal, Miss Trunchbull. But in her teacher, Ms. Honey, she finds support and solace.

Matilda teaches girls to be stand up for themselves. She is interested in books and learning and least worried about dolls or how to catch and keep a man. Matilda is a great role model and epitomizes intelligence, poise, kindness and goodness, courage and charity. These are the kind of values and ethics we should be inculcating in our daughters and teaching our sons to look for and appreciate in the fairer sex other than their anatomy. Oh and she has magical powers!

Hailed as Disney’s original feminist, Mary Poppins is a kick below the belt to the male supremacy, patriarchy and not to forget utter stupidity prevalent in Great Britain in the 1960s. The high point in the movie, the ‘Sister Suffragette’ song is about women’s voting rights and freedom.

A covert revolutionary, Mary Poppins is a powerful feminist icon. Her ‘gentle yet stern’ nurturing side, balanced personality, impeccable grace and manners…a la Kate Middleton – she is also an expert in reverse psychology who also happens to possess magical powers.

Even though this movie has been remade in 1999 and 2014, the original 1982 version still remains the undisputed best.

Based on the comic strip ‘Little Orphan Annie’, the protagonist is progressive and a true feminist icon. She knows how to handle anybody and any situation with intelligent tact, effortless grace and an indomitable spirit. “The Sun’ll come out, tomorrow,” is her optimistic mantra as she triumphantly cruises along life, going from rags to riches.

What I particularly loved about Annie is her ability to bring about a phenomenal transformation, not just in her own life, but also in those around her.

This movie is a breakthrough movie in Hindi Cinema with its portrayal of strong women characters.

A movie for slightly older kids thanks to the profanities, Chak De India! is an endearing and motivating story of Kabir, a former Indian Hockey Captain and now coach to the National Women’s Hockey team comprising 16 young women from various Indian states.

This inspiring movie brings to us a real life hero, a real life protagonist who is current enough for the younger generations to understand, appreciate, and be inspired by. Mary Kom’s story is also a strong reminder to all the Indian men on their role as supportive fathers, siblings and spouses.

This fantastical coming of age movie starring the likes of Jennifer Connelly and David Bowie, is unlike any other. Sarah, the female protagonist is one level headed teenager who does not do anything stupid or lame. She goes through the tough transition phase into adulthood by confronting her fears and using the powers of her psyche.

Again for the older kids, this movie has its dark moments.

This latest fun offering from Disney is the story of a cute bunny called Judy Hopps who aspires to be a tough cop. She is met with hurdles right from the word ‘Go’. Be it her own parents, her friends, her colleagues or boss, she has to fight preconceived notions and fixed mindsets before finally realizing her dream.

The movie is positive on so many levels and with many relevant messages ranging from feminism to diversity to racism and more.