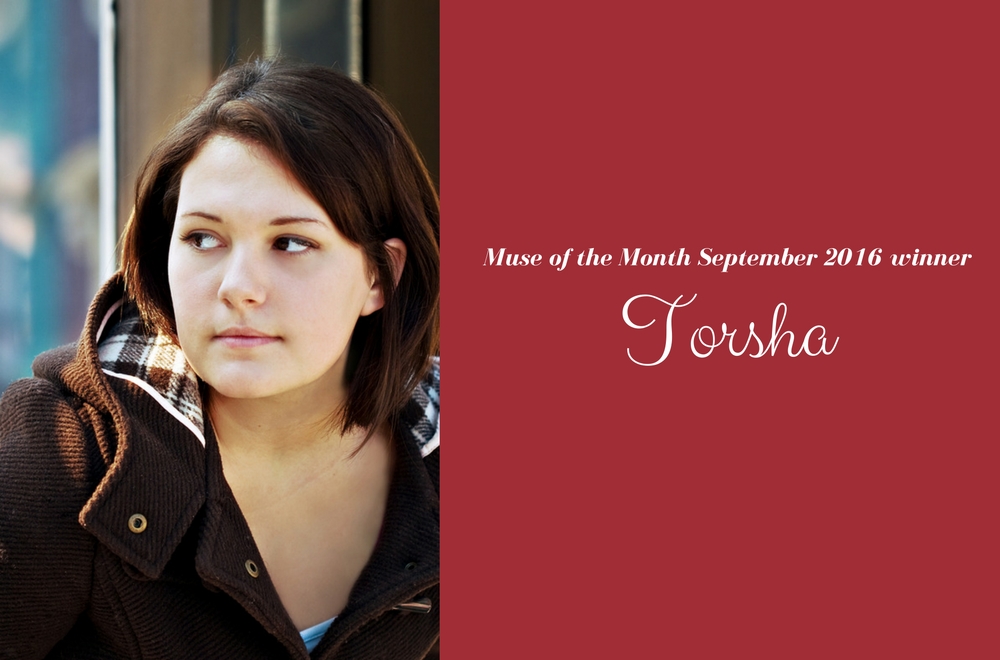 Freedom, she had thought, was to be able to have fun whenever she wanted. Until she realized what freedom really meant!

Here is the first winner of our September 2016 Muse of the Month contest, Torsha.

Malini jumped out of the bus in front of her college, still seething inwardly from the row she just had had back home.

Permission had been denied her once again for a sleepover at a friend’s place the coming weekend. “I can’t allow you to stay out all night,” her mother had ruled. “Concentrate on your studies. You will have time for fun later,” her father had added.

Malini had fumed and raged, but to no avail. Her parents wouldn’t budge an inch. They had a horror of all things modern, thought Malini indignantly. No nights out with friends, no discotheques, no partying! Was a sprightly 20-year-old supposed to feel and behave like an old maid? Even old maids today were not as rigorously conservative as her parents! She contemplated her brightly polished nails in despair.

There was a crowd in front of her college gate. “Those unionwallahs again,” grumbled Malini to herself. “Always screaming for some ‘cause’ or the other! Why can’t they just take it easy and enjoy life,” she wondered. “Here I am, held back by a pair of joyless parents from partaking of the wealth of sinful pleasures that awaits and beckons every urban 20-something; and here are these girls and boys, blessed with parents who offer them every conceivable freedom, shouting themselves hoarse over farmers killed somewhere or tribals raped elsewhere! They must be nutty,” she concluded in her mind.

Before Malini’s wondering eyes, the crowd in front of the college gate swelled in volume. She stood hesitantly, deliberating whether to go back home. The assistant secretary of the union of her college, a stocky final year student in crumpled jeans, a T-shirt that had obviously seen better days and a haggard, unshaven look, came and thrust a piece of paper into her hand.

Malini looked at it. She found herself frozen with shock. The paper had a picture of a girl her age, lying spread-eagled on the ground, her salwar ripped at a dozen places and one side of her face battered to pulp. She had obviously been raped and killed. Below the picture was the legend: “Rise against the continued rape and killing of Dalit women.” A few lines followed, describing the incident (a seventeen-year-old Dalit girl had been raped and killed but the police were trying to hush up the incident because several big names were implicated in the case) and calling on the students to join a protest meeting in front of the police station.

The general secretary of her college union, another final year student in non-descript, sweaty clothes, no hint of make-up on her face and a distinctly unfeminine bearing, began to address the crowd. “Friends and comrades,” she said in a crisp, clear voice, “Once again a Dalit sister has had her life cut short in the bloom of youth by hoodlums who do not deserve to be called humans…”

The powerful voice continued, perfect in articulation, never at a loss for words, and held the audience spellbound. She spoke of the rising crimes against women, especially Dalit women, of the devious attempts to send women back to home and hearth by unleashing a wave of bestial violence on them, and the need for women, particularly students, to unite and protest against the seemingly unceasing atrocities on women. She ended by urging them all to boycott classes for – “You often do bunk classes to go for movies, don’t you?” she said with a touch of humour in her voice, “Today I am asking you to do so a sign of protest” – and join the protest rally and meeting in front of the police station demanding justice for the raped and murdered girl.

The crowd applauded, but broke off as soon as she had finished. Malini saw that a large section of the students was drifting away. She was sure that they would go to the movies or hang out at a mall, for now they had a legitimate excuse for bunking classes. All of a sudden, she felt disgusted. These were the same girls and boys who had been cheering the general secretary a little while ago, and now instead of heeding her call and joining the protest, they were going off to make merry. What hypocrisy, she thought appalled.

Malini felt a nudge at her elbow. She turned to see her bosom friend Payal, at whose place her parents would not allow her to spend the night! Payal, looking most fetching in a bright purple outfit, winked at her. “What about catching a show?” she said. At any other time, Malini would have leapt at the suggestion but something had changed in her today. She looked at the leaflet bearing the picture of the raped girl in her hand and shot back, “No, I am going to the protest meeting. If we want liberty, it’s time we acted for it.”

She left behind a visibly dazed Payal to follow the few students who had started marching with their general secretary towards the police station.

A year had passed.

Malini was packing her bag in her room when her father came in with a grim look on his face. “So where are you off to this time?” he asked drily.

“Daddy, haven’t you read the papers?” Malini burst out. “Taherpukur is burning. The farmers have refused to give their land for a proposed multinational project that will end up flooding their village, and the army has been set on them. The women of the village are putting up a glorious fight, but the army is retaliating with rapes and torture. We are going on a fact-finding tour to Taherpukur. We have to raise awareness against the atrocities committed on women in the name of development.”

As Malini paused for breath, her father thundered, “And I suppose you won’t bother to take the permission of your parents?”

Malini stood in front of her father and looked him straight in the eye. “Calm down, Daddy,” she said. “Don’t forget that I am 21 and well able to look after myself. Besides, tell me, do you really think what I am doing is wrong?” Her father looked uncomfortable but his grim face relaxed a bit. Malini hugged her father and said, “Tell me, Daddy, are you really angry with me? Are you ashamed of me?” She heard a noise and turned back to see that her mother had entered the room.

“Malini, we are immensely proud of you,” her mother said quietly. “After all, how many parents have daughters who work so hard to bring equality in an unequal world? How many city girls would go and stand beside their village sisters? But, remember, you are our only child and we are also immensely worried and concerned about your well-being. Please go ahead with your work. You have our blessings.”

Malini stood back regarding her parents with awe and wonder. How different it all was from last year when they wouldn’t so much as let her spend a night away from home! “But I have changed as well,” she thought in a sudden burst of self-realisation. “What had freedom meant to me a year ago? Movies, malls and discos. Nights out with friends and pub hopping throughout the night. I never paused to think of the lack of freedom that is so deeply embedded in our society and from which there is no escape even if you can drink life to the lees.”

And then, on a day that had begun with misery and unhappiness and petty rage, Fate had apparently conspired to lead her to make a choice. It was a choice that turned in another direction from the freedoms she had so often longed for and fought for. But what a choice it had been! She had walked away from the shadowy world of counterfeit pleasures to a world of substance – a world where freedom and liberty and justice mattered so much that you had to fight for it. Not only so, you had to join countless others in the same fight. It was a world full of meaning, a world crimsoned with unflinching hope and untiring effort to usher in a great, new dawn.

Torsha wins a Rs 250 Flipkart voucher, as well as a chance to be picked one among the 10 top winners at the end of 2016. Congratulations!

Torsha: A writer and activist with a love for words and a passion for women's liberty.

Take Charge, March On… On Your Own!