Varanasi the city where millions flock in to cleanse their sins has its own sins hidden in its streets, which even the holy Ganges could not wash. 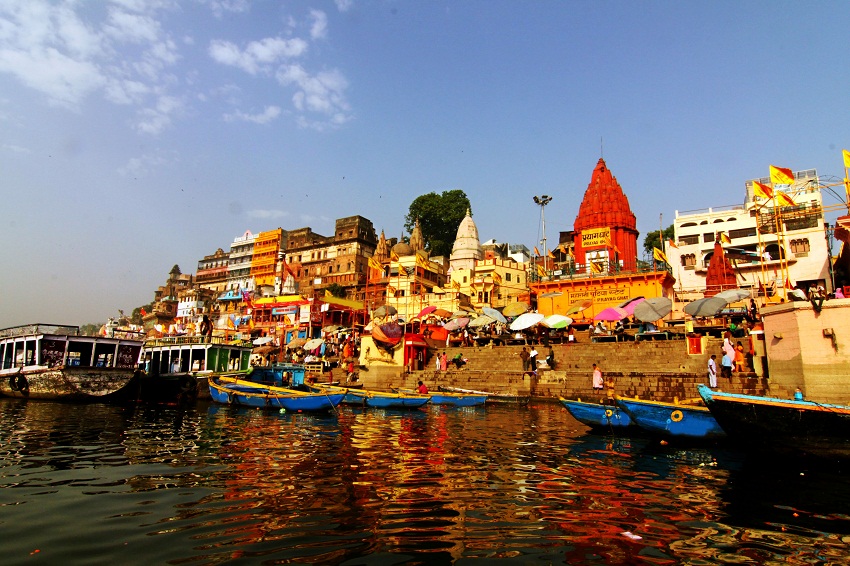 Varanasi, the city where millions flock to cleanse their sins has its own sins hidden in its streets, which even the holy Ganges could not wash.

As I stood staring at the fading figures of the two little boys vigorously pedaling their bikes into the crowd, I made a silent pledge to myself, ‘I will never ever send my daughter to this place for studying’.

It was a bright, sunny and relatively hot morning when my parents left me teary eyed in the campus of Banaras Hindu University; one of India’s prominent centres of higher education which gives students an array of choices. Popularly known as Kashi Hindu Vishwavidyalaya, BHU is set in the southern edge of the mighty river Ganga. It houses about 20,000 students. The University itself spreads across 14 faculties and 140 different departments.

I was thrilled to see the vastness of the campus and certainly more than happy at the beginning of campus life. However, in common with most of the first-time hostellers, the sight of my parents leaving me in this mammoth labyrinth alone invited a surge of emotions and teary farewells.

As the ordeal ended and I gradually seeped into the daily routine of hostel life, the new found power of decision making suddenly empowered me. The power gave me an immense sense of freedom and this feeling of freedom is rather a unique experience in life. It confers us with a feeling of fullness and having a grip on our own life; as if the steering of our life is in our hands and we can steer it in whichever direction we like. Additionally, this feeling of freedom is accompanied by an inner sense of satisfaction which never runs dry, no matter what is happening in our world. We tend to believe we can conquer the world.

It was another of those bright mornings of Varanasi; something similar to the morning when I had first stepped into the campus. The only difference between this morning and the previous morning was the change in the years. Two and a half years had passed by since and it was the final six months of my BHU days. It was just another day after classes. I decided to walk to Lanka, the place just outside the University’s gates. The final honours exams were nearing and I had to get some photocopies done. The professor had asked me to relinquish the week old notes that were in my possession and I needed to hurry up to the nearest photocopy centre.

I quickly checked with the photocopier just outside the Women’s College gate whether his photocopy machine was running. It had broken down 2 days ago. He looked at me with his copious broad smile and shook his head in disagreement. However, he notified me that it will be fixed this evening as he had got a call from the company people who were on their way to his shop for mending it. I couldn’t wait any longer especially when I had already been tended an ultimatum. I knew I had to go to Lanka and get the photocopies done.

It was that time of the day when the neighbourhood schools were done for the day and the campus is suddenly filled with little school going children of varied ages walking, cycling or rickshawing back home. The sight made me time travel to my school days when after school I used to merrily cycle back home with my friends, talking gaily and loudly at the same time about the day’s experience. I was so engrossed in my thoughts that I did not notice two boys coming from the opposite direction.

Suddenly I felt a hard slap on my chest. The slap was so hard that it rattled me from my fond thoughts of my childhood days. As I looked up, I saw two images swish past the penumbra of visibility. I turned to look at what caused it and I caught sight of two little boys, no more than 10 or 11 years of age, with an accomplished look on their face and a devious glow in their eyes, waving jauntily at me. I was too shocked to even react and kept on looking at them, speechless.

Public groping, unwanted fondling were not uncommon in this ‘sacred place’

Public groping, unwanted fondling were not uncommon in this ‘sacred place’. It is just like any other place in India where suffering public humiliation of unwarranted sexual perversion from males was just as common as chewing a ‘Banarasi Paan’. Whether it is travelling in the auto-rickshaws with poking elbows, sometimes knowingly, sometimes unknowingly or walking down the narrow streets in Gadowlia, living in Varanasi was synonymous to living in hell, especially for girls like me who did not have the comfort of a private vehicle .

Sometimes I wondered what level of sexual satisfaction just a touch on a girl’s thigh can render these perverts. How sick the mentality and the thought processes of these people are that they just see a woman as a mere ‘sex object’? How obnoxious and lecherous these men are that their gaze demeans your very existence irrespective of your clothes and your age. Some of these men whom I had encountered in my two and half years of stay in this ‘Holy City’ and who sought sexual respite were much older than my father; in fact, well qualified to be of my grandfather’s age.

Women living in this ‘Holy City’ have probably got used to the demeaning behaviour and attitude from their men folks and hence chose to just keep quiet.

Women living in this ‘Holy City’ have probably got used to the demeaning behaviour and attitude from their men folks and hence chose to just keep quiet. We also did the same thing, look away. But being subject to these inglorious actions repeatedly had its repercussions. By the end of the first year, we had started to revolt; and what better way than public humiliation! A tight slap on the face of the guilty restored our pride and depleted theirs.

The sense of freedom that I had felt on the first day of my hostel life had returned by now. The quickly fading images of the two guilty boys eventually reminded me of the action that they had invited for their action and which I had completely forgotten. I was not only caught off guard but also, the age of the boys had proved lucky for them.

The fading images of the young boys also compelled me to think, will these little boys who might be seeing their fathers, brothers, uncles doing the same thing, and their mothers and aunties keeping quiet about it, ever do anything different from what they just did? Will this place where millions of people come to wash away their sins ever wash away the daily sins that they commit on roads; sins that are as sinful but oblivious. Sins of virtual rape with their eyes; sins of looking away and being silent; sins of demeaning women and considering them mere objects for sexual satisfaction.

Image of Varanasi ghats via Shutterstock