To combat sexual harassment, instead of focusing only on women’s responses, we need to focus on the behaviour of men and boys who harass. 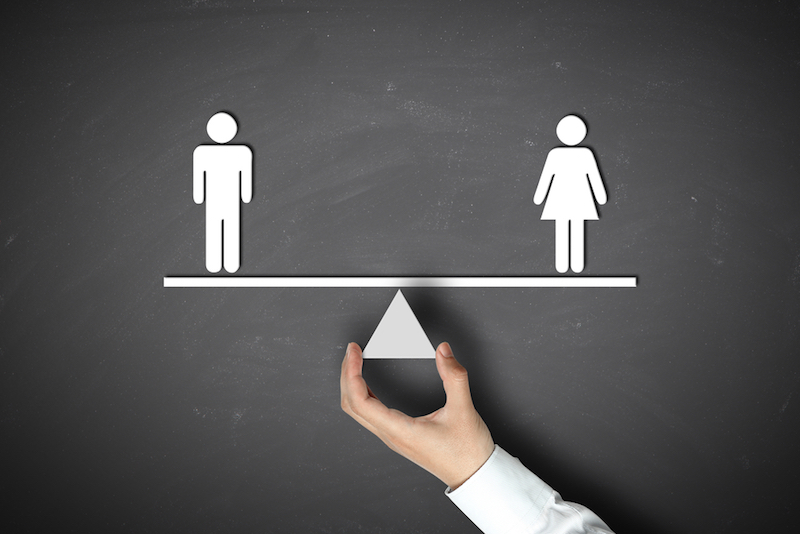 To combat sexual harassment, instead of focusing only on women’s responses, we need to focus on the behaviour of men and boys who harass.

Have you ever reacted against sexual harassment when you faced it yourself, or saw another girl or woman facing it? Have a suggestion to share? Login to write if you have a contributor account at Women’s Web, or use this form to send us your post.

In an attempt to understand why men harass women, I interviewed a few boys and men between the ages of 17 to 26 in my own circle, asking them why they or their peers and friends indulged in such behaviour. To respect their privacy, I’ve used aliases.

I believe that there are three main types of harassers.

The verbal assaulter: These are boys/men who receive sadistic pleasure as they watch you squirm in response to their dirty comments. Their ultimate goal is to make you uncomfortable to make themselves feel better. The moment they see a girl pass by, they can’t resist making a foolish comment.

The attacker: These men will sexually assault you, usually without saying a word to you. They observe women from a distance and carefully choose their target. They may be men who feel unattractive and believe they are entitled to approach women in this predatory manner.

The gazer: This guy is the pervert at the bus stop who constantly stares at you. He may board the same bus as you, just to gaze at you. He may even try to take pictures of you.

I asked boys the reason behind such behaviour, and here are some of the responses I received in response to my questioning.

“I had a classmate in college, who would always call out mean things to girls. Most of the girls in my class were outraged with him. He always said that he was just joking,” says Neelesh Gupta, a post-graduate student. “But I realised that he was just doing it to get the attention of all the girls.”

When such boys were confronted, they would claim that it was a joke, and that the girls were overly sensitive. Some boys also feel that since they do not receive attention from women otherwise, it is okay to verbally attack women. When this action provides the results they want to see (in the form of attention), they repeat that behaviour.

This behaviour comes from a place where women’s attention or affection is seen as something the man is entitled to.

“I had a friend who got rejected by a lot of girls he had a crush on, so he started developing hatred towards all women. He began verbally abusing every girl that rejected him as retribution. Soon, like-minded boys formed a group and abused girls together,” says Vikrant Kapoor, a 19-year-old college student.

Masculinity = Getting what you want

Some boys also cited others they knew who attacked a girl if they liked her but she preferred another man (perceived as more attractive).

“My sister’s classmate was obsessed with her, but she was never interested in him. He was an uncouth lowlife. When she started dating her boyfriend, that maniac tried to attack her when she was alone in the classroom,” recalls Rahul, a student, in horror. “He would always stare at her in class, and try to get physically intimate with her. She pushed him away every time, and finally he attacked her.”

When these men can’t ‘get’ women they want, it affects their ego since such rejection is perceived as an insult to their masculinity. But it doesn’t end there.

“We got him arrested and expelled from college, but a year later, he was caught trying to assault another girl who resembled my sister,” adds Rahul.

“One of my friends caught a bunch of classmates teasing a young girl; my friend insulted them and said, ‘You aren’t men at all’. One of the boys misinterpreted her statement and believed that he could prove his male dominance by showing her how physically weak she was. He attempted to assault her when she was alone at home,” says Dinesh Murthy.

Because my sex drive compels me

In a culture where men’s sex drive is seen as something that overrides the need for consent, some men cite sexual impulses as a reason for harassment.

“There was a gang of boys in my class who always took pictures of pretty girls on their phones, and would stare at them for hours. These guys weren’t good students, and always got into trouble. They would always slyly take pictures of unsuspecting girls,” says Sumesh Shah, a web designer.

Because girls ask for it

Another reason why men think it’s ‘normal’ to harass girls, is the influence of the movies. We all know this one – movies have convinced many boys that the girl really means Yes when she says No.

Now clothing. This clichéd reason that everyone uses to blame us women is not always the stated reason, but it is a part of it.

“Guys stare at girls. If you’re an attractive girl, you will obviously be stared at. But the guy staring at you turn out to be a sexual harasser the day you decide to show more skin, or the day you look your prettiest,” Dhruv Kumar, a Ph.D. student informs me.

What can we do about sexual harassment?

Some of the boys I spoke to also suggested solutions.

“If you have a classmate verbally abusing girls, then do what my classmates and I did. Both girls and boys ostracized that classmate. Nobody sat next to him, and we blatantly ignored him. That taught him a lesson,” says Neelesh Gupta. “He eventually reformed his behaviour.”

“If it is a gang of boys, the girls in class should complain about this behaviour. The girls from my class, along with a good number of boys did the same. My former friend and his gang were rusticated from college. Most of the members in my friends circle stopped contacting him. The Principal gave the gang a good scolding in the presence of their parents and they formally apologised to all the girls,” says Vikrant.

“If you are being harassed in any way, just lodge an FIR,” advises Rahul. “Today, he may stare at you, tomorrow he may assault you. Get many willing witnesses when you’re being verbally harassed, and arrange for someone to record the incident. Provide the proof to the Principal, if you’re in college, or take the recording of the incident to a women’s rights group. They will help you file the FIR. That’s what my sister and I did.”

“My friends and I spoke to the class teacher telling him that the boys took pictures of our female friends. The Principal banned the use of mobile phones in college, confiscated the gang’s phones, ensuring that the pictures were erased and reported the boys to the police. Even if this is done by a random guy on the street, you can sue him for violation of privacy, and owning pictures for which he does not have the copyright to,” says Sumesh.

“This response may sound silly, but as a psychology student, I would recommend this. If women can give the descriptions of men who frequently harass girls at usual places, then women’s rights activists can act as the supposed ‘target’. Once the men begin the harassment, numerous activists can intervene with the police on stand-by. They can do this as a regular patrol, then men will be on guard due to the fear of punishment,” says Snehal.

“The whole society should look down on the harasser. If everyone abuses and insults the harasser or the group of harassers, in unison, they will shut up. Since nobody aids the girls, the harasser only receives more confidence,” says Pavan. “Anytime you find anyone harassing a girl, please make them feel ashamed of themselves with acidic words of disdain.”

After interviewing these boys, I felt encouraged and touched by the love and respect some of them displayed for the women in their lives. However, there were also plenty of men who blamed women’s clothing and their ‘forward behaviour’ as the cause of sexual harassment.

Clearly, working on young boys’ attitudes to respect and support women is the way forward to go for lasting change.