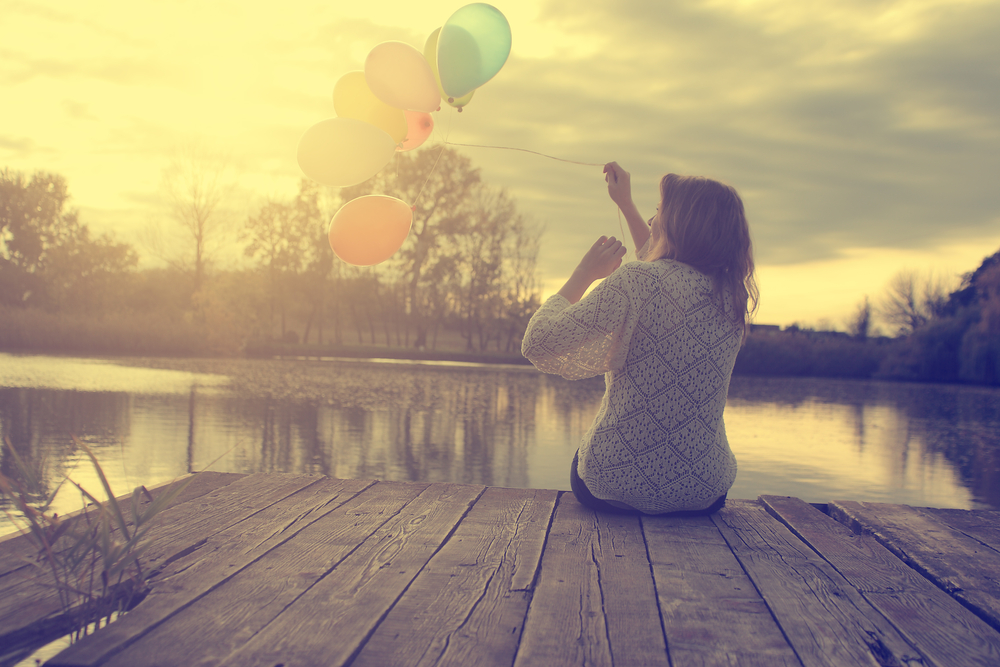 This short story is about hope -when a woman trapped in a vicious marriage finds the courage to script her own resurrection.

She had puffy eyes after crying non-stop for a whole day and a night; a fatigued mind and body after a gruesome experience the day before. Her palms held on to her six month old baby as if she feared that somebody might snatch him away from her. With bated breath she held on to him, sweating profusely as she waited for the announcement of her flight time.

Although a post graduate in psychology, Neha always found it so difficult to hold on to her own mental composure, oscillating between depression and normalcy. Life was never too easy on her. Her marital life being a tumultuous affair, her one and only relief was her job as a Psychiatric Counselor in a Hospital in New Jersey. Her’s was an arranged marriage and her husband Rajeev was a software Engineer who worked there in a multinational corporation.

In the initial years of marriage itself, Neha understood that he was a tough nut to crack, his behavior oftentimes ranging between erratic and flaky. The first year of marriage was uneventful; however, over the years he had developed a sort of personality disorder; more precisely a sort of fierce possessiveness over Neha. Soon he was found giving out so many dos and dont’s on her socializing. She was forced to lead a secluded life, detached from neighbors, social media or even communication with her colleagues out of the office premises.

Life gave her one more jolt when she was asked not to communicate even with her parents, as Rajeev wanted to be the lone recipient of her love. To make her concede to his demands, he used emotional blackmailing as well as physical abuse. Being a Counselor herself Neha often had to encounter unexpected meetings with unknown persons and sort our their problems which was a major bone of contention in their marital life. What shocked her most was Rajeev’s weird ideas about sex and the way he used her as a  toy for carrying out his unnatural lusts. When she tried to resist, she was even intoxicated quite a few times.

It was during such a phase that the news of her first pregnancy was confirmed. After four years of incessant waiting, this news came as a boon for Neha; as during that frame of time Rajeev seemed a transformed person taking care of her physical and mental well being in all senses. And so she felt nothing unnatural when Rajeev persuaded her to call her job quits on the pretext of giving more personal attention to the newborn. Considering the demand as one arising out of genuine concern for the baby, Neha too thought it was only the right thing to do.

But soon after she handed in her resignation letter, she realized that it was a folly. Yes, it was just a tactic of Rajeev’s to confine her within the four walls of their small flat. Day by day Rajeev’s suspicious nature grew out of proportions and he began spying on her for no reason. He had reasons to blame each and every movement of hers accusing her of immoral intentions in whatever she did. Life was getting out of her hands and even if she went a floor down to the shop where she used to buy supplies he would ask for an account of the time she had spent there and all the intricate details about her trip down.
To satisfy him, she opted out of all her social circles and stopped her get-togethers with friends on the pretext of having a busy schedule with the newborn. But as she began subduing herself and giving out justifications for her acts, he grew more and more imposing and tough to handle .
Drugs and alcohol made matters worse and Rajeev turned moronic under their effect. He resorted to physical abuse for the most trivial reasons. Being in a foreign country made Neha feel helpless. Although law and order processes for the protection of women were much more better than in her home country, her reticent attitude coupled with her peculiar conservative upbringing in a patriarchal society instilled in her  guilt pangs whenever thoughts about reporting the matter to the police crept up in her mind and hence most of the times she silently endured the physical and mental abuse.
As time passed, the days and nights became equally traumatic for Neha. And on that fateful day Rajeev had crossed all the limits when he forcibly made her drink his scotch until she passed out. The next morning Neha woke up with a bruised and inflamed body and understood that the previous night he had raped her without any mercy.
That day she was unable to cook breakfast and noting her lethargic attitude, Rajeev flew into a rage, He started showering abuses and slapped her on her face, accusing her for not being a dutiful wife.  She bled profusely from the side of her mouth but he did not stop there. The next time he raised his hand Neha caught him by his hand and returned a tight slap right across his face. In the impact of the slap Rajeev was thrown off guard and he fell down after hitting the wall. Pointing her finger at him she yelled at the top of her voice, “Don’t you dare touch me again, you bastard or else you will end up right there behind the bars with bloody tight security! Don’t you dare, I said!”
Rajeev was taken aback at this new avatar of Neha and he sat their motionless for a few minutes without uttering a word and then retired to his room, while Neha took hold of hers and the baby’s passports and stormed out of the house.

At last, after long hours of waiting, as the announcement to board the flight came, Neha felt much more relieved and relaxed. She couldn’t believe that she had ultimately found the courage to walk out on Rajeev and their bad marriage. She had endured all his mistreatment so far under the hope that one day Rajeev would understand his mistakes and have the heart to give her a good life. But that day never seemed to come and the last incident was the last straw for her. She just couldn’t take it anymore. Most importantly, she did not want her son to be raised in an atmosphere that gave the least value to womanhood.

By the time the flight landed after a 15 hour journey at the Indira Gandhi International Airport, she had already made up her mind to proceed against Rajeev for a divorce. As she disembarked from the flight, her heart leapt with joy at the thought of meeting her parents after a long four and a half years. She breathed in a whiff of fresh air, enjoying it as if she were a convict let out from her dungeon after long years of captivity. She realized that she was free at last, free in all  the right senses; her body, mind and soul now hers alone.

Yes…she was already a different person altogether, ready to take on the world with a new zest for life, eager to snorkel into her newly attained freedom and choice of life!

This whole episode in her life had no other significance except for learning the lesson the hard way, that some relationships are worth not maintaining at any cost, while some others are worth sacrificing even your life for, just as that tiny little bundle of joy that clung to her bosom expecting nothing but her unconditional love….