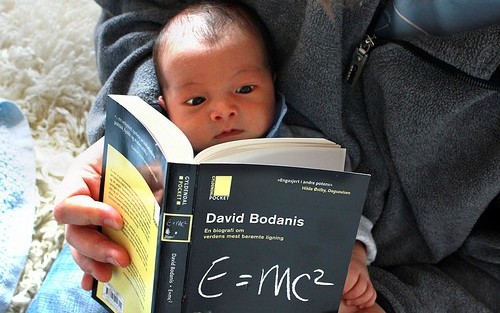 Marks For The Future: What Are Our Kids Learning?

The race for marks spares no one. Moms are often left doing the projects meant for kids! What are our kids learning?

How many of you have just put down your pens after doing an assignment on behalf of your kids? How many of you teachers out there, have assigned marks to your students knowing that it has been done by their parents?

Almost every mother can relate to this one. Often, we get to work on ‘projects’ which kids find difficult or are unable to do by themselves. In the process, we tend to overlook the congruity of the task assigned  with the child’s age or mental capability. Instead, we focus on the marks they would garner, if they succeed in submitting the same. Marks – the one and only decisive factor for academic excellence!

Recently, I got an assignment,  on behalf of my eight year old son, studying in the third grade in a reputed Indian school. He (and I) were asked  to create an ‘electricity driven gadget’ for his science class project. I had no idea how to ‘create’ one, so we settled for a simple battery operated electric bulb beautifully placed in the model of a house (that was the most sophisticated one I could think of!)

While I worked on it, setting aside all my chores, my son -whose initial drive to decipher the terms anode, cathode , circuit etc, were unsuccessful – opted to relax on his couch entertaining himself with his favorite choice of cartoon.

And I could not help but wonder, who does  our education system  teach – kids or parents?  Assigning difficult projects as a means to enhance the creative and cognitive faculties of children are surely welcome, but what good are they if they are not viable for the students of that particular age? What is the yardstick for measuring the mental capability of students according to our educational system?

As I encountered more and more such projects/assignments on a regular basis, I was  startled to know from fellow moms that there were shops that specialized in doing such school projects for them!

After the first project which I did for my son, I decided not to step into my son’s shoes ever again for getting such projects done. Cruel as I may be sound,  but I would rather let my child fail for his inability to do it, rather than let him easily conjure up some easy marks, by hook or crook, without applying himself.
And believe me, nothing beats the pride in seeing the output of his own efforts, how ever silly it may look compared to the intricately crafted projects of other students.

I truly believe  children of the present generation are biting off more than they can chew. It is not just the veracity of our educational system per se that I am questioning here, but the mode and efficacy in inculcating lessons in the everyday academic life of the students as well.

The Indian education system has always over emphasized on the theoretical aspect of studies – making rote learning, mugging and spitting the criteria to collect the much needed marks. Vocational training and talent tapping still remain a long shot and the success of the syllabus seems to be determined by the size of the back packs.

The recent stress on enhancing the creative skills of children by assigning such projects seem to have hit a chaotic road too with teachers themselves not knowing what to expect from the students. Given these situations and the competition mania prevalent among children, parents and teachers; we  doting mothers often tend to step into our childrens’ shoes, each time overlooking it as just another subtle nuance in the educational life of our kids.

But do we need our children to just amass marks for the tag of an academically successful student, and leave them to face a bleak future spoon fed by someone at all times of their lives? or would we rather let them grow up as themselves, moderately successful but having the capability to face any challenge head on and the strength to resurrect from their own failures? I think- if we can’t reform our educational system we can reform ourselves, for carving an intelligent future, can’t we?

Entitled Kids Much? Stop Doing Everything For Your Kids!

Board Exam Results Are Out; Here’s Why We Must Spare Ourselves & Our Kids The Stress Over Marks