Why does the guilt of motherhood occur? Mothers feel guilty because of the perfect mother stereotype we are expected to uphold 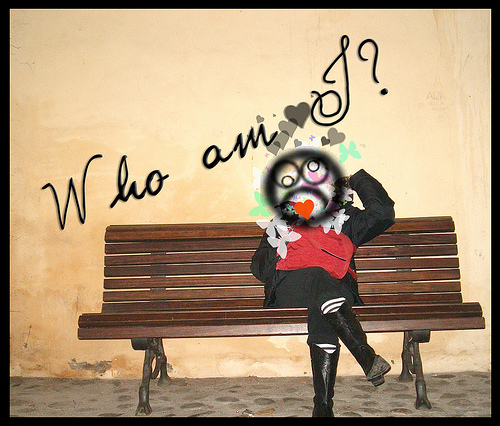 Last summer holiday, I decided to take some days off from the domestic front and indulge in a few days with my friends in Kerala. I boarded a passenger train from Bangalore which rambled along the folklore inspired temples along the way. My fellow occupants were travelling as a family, a lively bunch. The lady of the group was eager to engage in conversation. The talk started with the predictable pleasantries. The inquiries on where I was going, when my return was due etc were duly answered.

The curiosity also hinged on my marital status, kids, and their whereabouts. Also, an attempt to find the reason for my visit was made, “must be something important to… leave the children back home?” I answered that it was just a casual visit. “My children will not stay without me”, she said, a touch of pride there. And continued that she didn’t like to leave them out of her care. Does taking time out exclusively for myself, devalue being mother? Am I being irresponsible? This casual conversation made me look at some choices women that I have come to know make. A newbie mother brought a nanny from her hometown, and was back to work, the third month after birthing.

As with similar instances, there was a talk on how the mother, ‘rushed back’ to work. The ‘deteriorating’ sense of motherhood was discussed at length. Many in the community mourned on profession becoming ‘more’ important than mothering, how mothers are becoming ‘irresponsible.’

It seemed that, with the onset of motherhood, it  becomes the single defining purpose of a woman, diminishing all the other facets of her personality. The notion of motherhood as the pervasive function of women after birthing needs to be refuted. It is one of the many experiences of being a woman. In comparison, nobody questions the other facets of a male, with the arrival of fatherhood. The lopsided patriarchal view judges of women who choose to return to their profession or interest ‘soon’, as being negligent of their duty.

In practical terms, birthing is a transformational phase. To the women with other interests/career, it necessitates a decision regarding the time needed to be away from those. It could range from a few weeks, months or a few years. There is no right choice per se, the focus is on the mother’s assertion and her voice playing a part in the consensus, and without the ‘guilt’ that many women say they feel.

Of late, the guilt factor has become the cause for anxiety and frustration among the working mothers who are expected to hit the perfect family-work balance. The woman is constantly evaluated on how dutiful a mother she is, and also on how good she is in taking care of the domestic sphere. The high bar set  makes woman feel deficient and guilty.

There is another friend who went back to work after a gap of 4 years. She was bogged with many ‘after’ and ‘before’ comparisons. Comments abound on how she was more attentive to children then, and now, not exactly being so. There are a few things deferred, some short cuts in cooking, add to it being “impatient”. Why is there an ‘evaluation’ of this sort on the female? Resolutely, the domestic role is ingrained in the social psyche as the role of the female, that should she adopt it as her only priority, questions are hardly asked. But, by being a professional woman, it seems, she just added something more to the domestic role. Right there comes the golden standard of the family-work benchmark…with a healthy dose of being a ‘good’ mother.

Two female colleagues of my sister, turned down promotion citing stress, ‘managing children  and profession’ as the reason. Many women fret that they simply ‘fall short’ of what they should be, and feel guilty about it. And hence, it is easier to forgo promotion and settle for something lesser. I recall an instance where the wife had gone out of town for a job requirement, and the husband had to take care of the kids, and of course his work. She was telling me about how the well wishers were sympathising with the husband and being impressed by his graciousness. She did make it a point to reply that it was something that she had done before. But,she confided, that at some points, she felt that it was a wrong decision from her part. The self doubt did get to her.

This anxiety/frustration has a lot to do with the romanticized version of motherhood. Recall the sea-of-benevolence ‘good’ mother characters in films and serials, the kind, ever patient, always-putting-herself-last, types. Such behavioural norms are perpetuated in the patriarchal hegemony, so much so that women continue to ‘measure’ themselves according to the glorified definition. The unnatural reverence of motherhood does more harm than good by setting unattainable goals.

Many a times, women find themselves caught in apologetic and defensive explanation of their choices. The feeling of ‘guilt’ is unfounded. Women need to stop being harsh on themselves, and reject the unsolicited ‘evaluations’ of their ‘performance’. It is essential to debunk the myth of the perfect mother and reject the need for approval from patriarchal definitions. The neat ‘order’ that comes within the mystified perception of motherhood serves only as an utopian ideal. The family dynamics need to be renegotiated in the private sphere. The woman should assert her intellectual aspirations, the many facets that make her personality and engage in interests that nourish the spirits, even if it gets chaotic or ruffles some feathers.

Deepthi is back to the academic world for an M.A English Literature after a brief career in teaching pre-primary classes. She is interested in reading and exploring the plurality of voices which reflect the present social scenario. Particularly loves long walks and a good game of badminton.