To Coach Or Not To Coach? That Is the Question

Should you coach your children? What is the best approach to your child's exams? This insightful post has the answers! 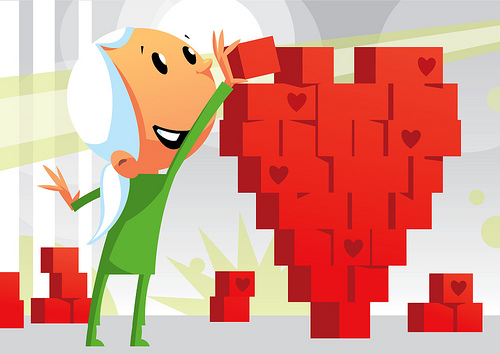 As children grow up, the stresses of academic life rear their ugly head. Should you coach your children? What is the best approach to exams? This insightful post has the answers!

When the eighth grade rolls around, children are around thirteen years old. Hormones have run amok, acne is creating craters on their skin, most of them are more concerned about whether their friend is getting the coolest gadget, and whether they can wheedle a similar one from their parents.

Parents are in a similar boat, albeit in one more typically Indian.

Their adrenaline levels are rising, new worry frowns are forming on their skin as well, and they are also wondering whether they have the best…tutors for their children!

The frenzy for the best (read prestigious/lucrative) career for children starts at a rather early age (maybe at the baby’s birth for some?).The frantic sports activities to gain that extra percent in the tenth grade, the plotting of extra-curricular activities to gain points for Ivy League and similar colleges, the math exams to hone your kid’s skills for the IIT entrance, and so on, are in full swing. With the craftiness and strategy of a General preparing for battle, parents prepare, train, and strengthen the lone soldier – their child

With the craftiness and strategy of a General preparing for battle, parents prepare, train, and strengthen the lone soldier – their child

The real battle which will win the war and see your child through to the chosen career, however, begins in the middle of the eighth grade, continues for the next five years, and peaks in the twelfth grade.

During my son’s ninth grade, 99% of his class at school was being coached outside school. Many of the teachers in school, thus, did not take the trouble of teaching. Why bother when someone else was doing a better job (for a better pay) elsewhere? Some school-teachers were even running their own coaching classes.

We patched together a credible line-up of teachers with a considerable dent to our bank balance, for a total of thirteen months of coaching. Perhaps, because we were unsure of what would happen if we did not!

The system in our country compels students to choose a career at the early age of sixteen, i.e. after tenth grade. Even after the tenth grade, there is an array of entrance tests to be faced as every professional course in India now has an entrance exam, and every entrance exam has a slew of coaching classes, who feed off the anxiety of parents wanting ‘the best’ for their child. It is unthinkable to appear for an exam without ‘expert coaching’. So, tenth grade coaching is just the beginning of a long, uphill task.

The Modern Indian Formula for success

Every year, as the announcement of tenth grade results draws near, enormous hoardings and newspaper ads declare the superiority of various coaching classes, followed by the inevitable rush to secure admissions there.

Soon after, one might encounter bleary-eyed aspirants for various careers, setting out for their coaching class at the crack of dawn. They spend 12-14 hours daily – cracking formulae, memorizing mnemonics, learning easy-to-solve shortcuts, rote learning of minutiae; all in the hope of being in the top 1-2% of the merit list. This is the Modern Indian Formula for success in exams.

What about the rest?

In the glow of the successful candidates, the ‘unsuccessful’ ones are often forgotten.

Obviously, they find other colleges and careers to follow. Those who can afford to, turn to colleges which offer seats at a higher price. But the cost to their psyche due to their perceived failure after the hard work put in by them is incalculable.

Pushed to the edge

Nearly 95-100 people commit suicide in India, everyday, and 40% of these are adolescents (CNN-IBN report, Jan 2010). For every suicide, there are reports of 5-7 students feeling suicidal or attempting suicide. This is not related merely to exams, but relates to the incessant studying resulting in ‘lack of sunshine’ as well, making it a year-round phenomena.Suicide helplines are flooded with more calls prior to exams and according to ‘Aasra’, a helpline, 70% of calls are from teenagers.

Suicide helplines are flooded with more calls prior to exams and according to ‘Aasra’, a helpline, 70% of calls are from teenagers.

Each child is precious

The intensive training given by the classes is apparently justified by the mark-sheet at the end, but there is a more subtle, silent cost being paid. The danger of burn-out, boredom, and  frustration with the time being expended on studies, is very real in students.

Coaching can only enhance the natural ability of a child, not produce a genius out of thin air.

Parents need to be vigilant and careful, as each child is different and unique in their capacity to handle this stress. There is no ‘one-size-fits-all’ policy that can be put into force. Egos and feelings are as fragile as glass at this age, and need to ‘handled with care’.

Parents need to be vigilant and careful, as each child is different and unique in their capacity to handle this stress. There is no ‘one-size-fits-all’ policy that can be put into force.

Uninhibited discussion about career choices and keeping a number of options open is, perhaps, the best way to let a student have a pressure-release system. It is the duty of the parent to determine whether to go with the flow or not, and that of the student to remember that studying need not always be drudgery.

More importantly, they may not succeed in one particular exam, but that does not mean that they will be unsuccessful in life. There is always a career-choice that is more suited to you just waiting to be discovered.