The show starts with the introduction of a man named Akshay whose entire personality revolves around poultry farms and chicken. In fact, he even refers to girls as ‘chicks’ all the time in a joking manner. Despite his absolutely mediocre persona, Seema Taparia (the matchmaker) can be seen praising him and wondering why he hasn’t been able to find a suitable woman.

A few scenes after that, we are introduced to a few headstrong women who are all labelled as ‘stubborn’ and ‘pricy’ by Seema the moment they talk about the qualities they expect their husbands to have.

The male gaze is inevitable but how dare women talk about looks?!

One of the very first dialogues in the second season of Indian Matchmaking involves a woman talking about her son in a boastful manner by saying, “Ladka bolta hai k humko to Kareena Kapoor hi chahiye,” (My son says that he will only settle for someone who looks like Kareena Kapoor). In fact, throughout the season, Seema Taparia can be seen silently adding ‘good looking’ to the list of criteria that men have for their wives. She even talks about a married couple, Ashima and Pradhyuman, by explaining how Ashima is perfect for her husband because of how ‘good looking’ she is.

However, when a woman named Viral says that she isn’t happy with the matches Seema has found for her because they aren’t physically attractive enough, Seema immediately tells her that she is being ‘superficial’.

This continues when another female client, Sheetal, is told that she needs to be a little ‘more flexible’ with her demands for good looks. Even though her demands are as simple as her wanting a husband with hair that is long enough for him to be able to make a man bun, she is criticised by Seema  for expecting to find a man who has hair on his head (?).

I was genuinely confused about whether I should be crying or laughing about how unabashedly sexist Seema aunty is.

A woman MUST marry an older man!

Let’s face it, Seema aunty is ageist as hell. She bluntly said that Priyanka Chopra and Nick Jonas are a mismatched couple. In her exact words, “I don’t feel like it’s a good match…he looks so small and petite in front of her and she looks ‘elder’.”  All of this is said to dissuade a woman from marrying a man who is seven year younger than her.

This brings us back to how men are considered to age gracefully and it is women who are considered to be disposable once they start ageing. Shows like Indian Matchmaking only further the argument that women must adhere to social norms without being allowed to follow their hearts.

Woman, thy name is Compromise…!

Men can reject women for the lamest of reasons, but women must learn to compromise because no man is 10/10.

Most men in the second season can be found rejecting women for reasons such as not finding them ‘sexually attractive’. The families of these men are even shown to use terms like ‘friend zone’ in a patronising manner.

But, Seema aunty constantly pressures and tries to manipulate the women to not be ‘choosy’ and ‘picky’. If the men in the series get to act in a condescending manner, even the women should be allowed to do the same.

Marriage is the most important thing in a woman’s life

A woman, no matter how successful, is incomplete till she finds a husband.

Are we still living in a world where women need husbands to feel complete? Why do shows like Indian Matchmaking make the audiences feel sorry for women who are single after 30? Why does a woman as successful as Aparna in the series feel the need to say that she wants to ‘see the end of this tunnel’ as if marriage is the only light and the solution to all her problems?

A (Literature turned) Human Rights Law student who spends most of their time watching (and thinking about) Bollywood films. read more... 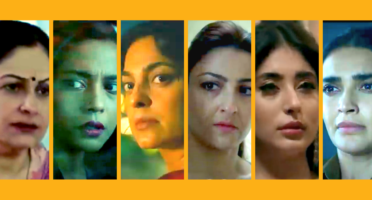 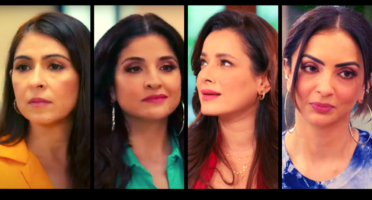 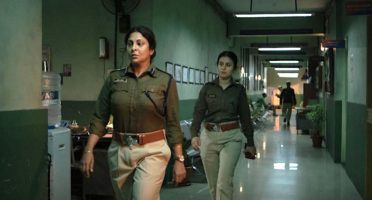