At 45, Mini Realised Her Mother Had Been Right; But Was She?

In order to survive in society, we should learn to find glory in all its rules. But what if those rules are old and problematic?

In order to survive in society, we should learn to find glory in all its rules. But what if those rules are old and problematic?

A timid nine-year-old, Mini saw an advertisement in the newspaper. Her mother, a teacher at the government school in town, was teaching her big words.

They saw an ad featuring a man with five daughters. At this, Mini’s mother exclaimed, ‘Paanch betiyan! Inki shaadi kaise hogi?’ (Five daughters? How will they all get married?)

Her mother was baffled by this and said that’s not how things worked and that she shouldn’t think like that. As an afterthought, she also added, ‘Fir dahej kaise milega?’ (How will they get/give dowry?)

You’ll understand when you grow up

Mini couldn’t comprehend any of this. To her, a girl thinking of her own life and making her own decisions was pretty normal and the concept of money for marriage was totally absurd.

She aspired to become a doctor when she grew up. However, since she was very pretty, she started getting marriage proposals at the age of 16! And when she turned 18, her parents married her off. She had no idea about any of the rituals or the customs the new family followed.

Mini had a hard time, initially

Mini had a hard time adjusting into this new household with a strict father-in-law, a much older husband, his brother, a nephew and a house-help who was later fired. She often went back to her parents’ house.

Nonetheless, she got pregnant with her first child. And a second soon followed. She had two daughters and, as is the norm in most Indian families, was forced to have a son. Luckily, she did eventually have a son.

Mini was also able to complete her education and at 45, she was a proud PhD holder. Both her daughters were lawyers while her son was studying to become a doctor. It had all worked out in the end.

One afternoon, as Mini was watching a TV serial, her daughter Isha walked in. The episode on TV was that of a woman and her family trying to extort money from her in-laws, eventually sending them to jail on some false pretext.

Isha exclaimed how while these things happen, dowry is still prevalent even today! Mini replied to that saying, ‘If a girl isn’t working, it is her parents’ duty to pay dowry since her expenses will be handled by her new family.’

Isha: But won’t the girl be handling all of the family’s chores and look after them? How much will it cost if they hired a maid, instead?

Mini: Still the girls today are very cunning. Their families as well. They say that they would give gifts and then they don’t!

Isha: So that’s the reason girls are burnt?

Mini: No, it’s the girl’s parents’ fault. They promise gifts and later don’t give it. And when the girl is being tortured, she complains that they tell her to adjust, and so these things happen.

Does it justify what they do?

Isha: Then is it in any way justified to burn the girl for money? They can simply send her away to her parents’ house if they want the money that much.

Mini: Oh no! These parents are very cunning. They will simply return the girl again and again.

Isha: No matter what the case may be, how does it ever justify burning the girl for money?

Mini was silent for a few minutes before saying, ‘You won’t understand these things now. I also thought like you earlier. But once you grow up, you’ll understand and find that these rituals are right. Right now, you are too naive.’

To this, Isha said, ‘Then, I think everyone should have a love marriage. No issues of dowry at all!’

Mini: That is absurd! In love marriages, more money is extracted from both sides on various occasions. Moreover, how can a girl be allowed to make such an important decision in her life? What if the caste or religion vary!! This is unacceptable!

Will society ever change?

Isha: But what if the girl finds a well-settled guy from a different caste?

Mini: You girls don’t know anything. When I was your age I used to think the same. But these things shouldn’t happen and the rituals must be obeyed. I used to think that a son is not necessary, but look at how jealous the people got when your brother was born. This is what society is and in order to survive in society, we should learn to find glory in all its rules.

Isha: Will it not change at any time? Won’t we, the younger generation be the new society?

Mini: I highly doubt that would happen.

What happened to Mini? And what was she teaching her daughter? What has been going on in each generation as we move forward? Will it ever happen that as we get older and begin to see beauty where we least expect? Or are we just another generation promoting the age-old rituals in the name of society? We are made to think that we will learn to accept things eventually, and in most cases we do. But is it always the right thing to be done?

P.S.: I know it is a pessimistic way of dealing with the theme, but I think that we often glorify the wrong things, which needs to be highlighted as much as the rights. 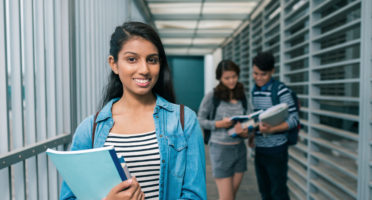