That said, in recent times, I have gotten curious about manipulation, especially within the parameters of Indian culture.

Trying to understand manipulation in the Indian context

The quest started when I found out that a few of my Indian women friends were manipulating their partners and me, playing with our trust, avoiding responsibility for their own behavior, and blaming others for their messy relationships.

I eventually got tired of them twisting what anyone had to say, seizing every conversation and making it about themselves, and ensuring all of us felt guilty—as if we’d done something wrong. When I recognized severe doses of manipulation in our friendship—a trait that was second nature to them but was alien to me—I knew our relationship had run its course. It hurt as much as it confused me.

As writers and healers, we like to peel the scabs off our wounds. We keep going back to how and when everything started. We overthink and over-analyze.

I understood that manipulators try to control others. But the bigger question was: why were these women manipulating? Was it self-defense? Was it their inability to ask for what they wanted? Or was it something more pathological? Were they bullies or victims? And how deeply was manipulation ingrained in them?

When I interviewed London-based author and psychotherapist, Sunita Pattani, she said, “Survival, safety, freedom, and animalistic ego, drive  manipulation in women. A clash in personal development can lead to manipulation.”

Sunita Pattani made me see that women like her and I are in the small minority.

We don’t live in joint families or under the eyes of heavy patriarchy. We have strong voices uninfluenced by social pressures and stereotypical definitions of women. We live in the west where there is emphasis on personal development and being authentic. Our parents gave us the education and exposure to empower us. And, we married men who appreciate us for our strong opinions.

That’s mostly not the case in majority of Indian homes.

I wondered where and how and when Indian women learnt to manipulate to survive—to prey on sensibilities, crumpling emotional sensitivity, and exploiting trust.

She was an architect, but…

I remember one of my best friends growing up—her mother was an architect.

Aunty wasn’t allowed by her in-laws to work as an architect because that would mean engaging with men, and it would also keep her away from home for extended hours. Who would cook, clean, feed, and indulge the family? Aunty fenagled another arrangement: she offered to work as a school teacher. This job would allow her to stay financially independent and get out of the house. It would mean she’d return home from school in time to cook for her in-laws and take care of the family.

Initially, I thought the whole idea of manipulating your family to follow your dreams was ridiculous. But what I didn’t realize as a teenager was what aunty did was to survive.

Aunty understood well the battles she could win and the ones she would lose. She witnessed micro aggression in the form of silent treatment, and actual aggression where she was put down and compared to others in the society. She was smart and played to the male ego, so she could have a life. She positioned her career such that her man was happy, and the in-laws didn’t feel neglected. She brought home money and followed a compromised version of her dreams.

It’s a taught and learnt behaviour

It occurred to me that sometimes, just to “survive” in a patriarchal society, Indian women are taught how to get their way by playing the male ego. This advice often goes from mother to daughter, and is even enforced many times, even with penalizing for “errant” behavior.

When I was growing up, I remember my mother telling me, “You shouldn’t share everything with your husband.” This is even before I had met my husband.

Like most Indian women, my mother believed that 100% honestly would backfire in a marriage. Some lies and a little manipulation are good arsenal in a woman’s survival kit. “I will leave the guy if I am miserable in my marriage, but I can’t do deceit, Mumma,” was my response. My mother disapproved of my approach, even though the fact is that my mother is extremely fond of her son-in-law.

What about women with some privilege?

I have seen women in India from educated, modern, affluent, and wanderlust families mollycoddle and manipulate their husbands to get what they want. Be it fancy vacations, designer jewelry and saris, or sometimes a slice of an extra marital affair on the side.

The same women who hook up with other men, come home to orchestrate family dinners. These women might have extra marital relations, but they play the host at parties, are arm candy at business events, and trophy wife when the situation demands, with equal vigor. On Indian holidays and festivals, they adorn traditional outfits, wear vermillion in their hair, and go on to post picture-perfect family photos on social media.

I used to be boggled by the hypocrisy—why not walk out of a marriage if you aren’t happy? Don’t you owe that to your family and yourself?

When I spoke with a few of them, they said, “what happens to the finances? What will people say?” It’s most likely that the in-laws and husband will prohibit the children from seeing their mother. The in-law family will lie about the woman to other people or tell only their side of the story. This means that they will be able to control how others perceive the woman and manufacture a version of her that isn’t the truth. And, not to forget that Indian women are conditioned to feel guilty about not being the perfect spouse, daughter, daughter-in-law, mother etc. etc.

The thought of being socially ostracized and financially distraught makes many of these women succumb to staying in non-nourishing and stagnant relationships and seeking deeper, intimate human connection with another man outside of their marriage. They are afraid to be alone, so they manipulate to survive.

I am not saying I condone their choices—still quite allergic to inauthenticity and dishonesty. But I don’t judge them and am much more empathetic in understanding why some women make certain choices, even if I can’t identify with them.

A couple of ladies I interviewed said that their husbands would kill them, but not end their marriages, if they found out that their wives were sleeping with other men. I suggested that the couple see a marriage counselor or therapist to sort out their relationship issues instead of cheating.

The women scoffed at me. “Indian men don’t believe in therapy or that their family has any issues at all.” Keeping the status quo is more important to the men than a woman’s happiness or mental health.

Truth is that family pressures, control, and constant scrutiny doesn’t leave much room for many Indian women to breathe and just be. In an ideal world, life choices would be available equally to both men and the women. But that’s not the case. Manipulation becomes a handy tool for women to use when it comes to dealing with their male counterpart.

The problems with this kind of socialization and thought process is that they reiterate to a woman that she has no choices, and that she is nothing unless she is in a relationship with a man, pleasing his ego, praying for his well-being, and living within the confines of what’s socially acceptable.

With not much appreciation for these women in their marriages or families, there is loneliness lurking inside. But they still need to operate, and manipulation seems like an easy route, especially in homes where people have no appetite for the truth.

The hidden power of conditioning

Fact: Research tells us that women have been trained over the years to think and believe a certain way. Our subconscious mind, which is home to our beliefs, fears, and habit, is very powerful. It ensures that you respond the way you are programmed.

Over the years, Indian thinking might have evolved. But it’s still deeply rooted in patriarchy.

A majority of Indian women even today don’t have basic human rights: who they may marry, what they can do with their careers, whom they befriend, or even their reproductive rights. Unlike my friend’s mother, many women from my generation might have been “allowed” to get educated and maintain a career before marriage, but they still lack the right to choose.

In recent times, the expectations and demands from women have changed. The compulsion is no longer about forcing the woman to stay home; it is to provide that second income. The matrimonial ads in Indian publications have become more specific and emphasize that the girl needs to bring in a pay check and stay out of the man’s way. Rearing children, looking after the in-laws, the cooking, and other domestic chores largely remain a woman’s responsibility.

Can you imagine how this must impact a women’s sense of self and identity? The way women navigate relationships, how they perform at work, how they experience the world, how they see relationships etc. This impacts whether or not a woman stands in her truth. This affects how a woman sees her own worth.

I am starting to see that manipulation is deeply encoded in this Indian culture. Perhaps…because majority of women, no matter the strata of society they belong to, lack the freedom to make and execute their choices?

Which, any which way you look at it, is a sad state of matters, that will not go away until we uproot and destroy patriarchy. 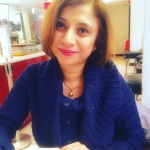 Never Have I Ever…Seen The Indian American Experience On Screen Like This Before!