How do we empower women? By expecting them to follow traditions blindly and bringing them down if they don’t? Or giving them the opportunity to make up their own minds?

I was sitting on a bench in a park, some familiar aunties and some of their counterparts in our generation were surprised when they did not find pairs of toe-rings right there on my toes. They couldn’t stop themselves from asking me why I wasn’t wearing it, especially after seeing my two daughters. I answered very casually, “I don’t find them comfortable”. “Beta, you will be comfortable, when you start wearing them daily, that’s our tradition, isn’t it?” She replied. Another auntie intervened, “Now see, we weren’t able to recognise that whether you are married or not.” I said, “Isn’t that good?” I was literally laughing to their questions in my mind.

If women want to be really empowered, our society has to learn to accept them as humans first. They have to get off the tagging and stereotyping that take place. This tagging can be of various types and this is the way they typecast women.

Some of the relatives asked me whether I am doing Karwa Chauth or not. My husband replied, “If this vrath assures me that I should be her husband forever or may be it is done for my long life, then which is the exclusive vrath or fast for her long life? Isn’t she equally important? I too would like to observe a fast because I want her in every ‘janma’, so which is the Vrath for that?”

They said, “There is no particular vrath for that but you can also keep Karwa Chauth along with your wife.” He said, “So it means it is ‘optional’ for me right? And this is the reason both of us don’t observe this fast or any of such ‘fasts’, which are compulsory for women but optional for men. These are absolutely biased according to us.”

If you look at the very ritual, women actually worship their husbands like gods with a thali, dia, etc. They touch the feet of their husbands. If we seriously like these traditions then why can’t we add few exclusive ‘fasts’ or ‘vraths’ for women and female children. Don’t we know that religious aspects play an important role on the mindset of people and even the most educated people tend to follow the traditions blindly? Then why can’t we have “patni panchami” and “putri chauth?” Why can’t we add a few ‘vraths’ in our religious scripts, so that the masses can change?

A tradition like Sati was abolished because it was completely biased, one-sided and cruel. The society got upgraded. Then why women should be treated as an ‘optional’ secondary citizens?

Another biased tradition takes place is when a person dies. All the rituals are to be performed by the son and only the son. Women are not even allowed to go to the cremation ground. This is one another reason people want a boy child in India desperately. What’s wrong if a girl performs the last right of her parents? Society has to grow up badly.

Sad part is, even young women of our generation follow these male-oriented fasts and vraths, may be for various reasons, such as “my mom does this so I too follow it” or”what’s wrong in it, if I respect my tradition?” For some it’s yet another event to celebrate and do shopping, that’s it. My question is, if traditions are so important and nobody should ever question it then why is the tradition of child marriage still condemned in India? Why was Sati stopped? Isn’t that contradictory, that at one point we demand equality and on the other hand we women worship men for just being our husbands? In this ritualistic land of India, we compare girls with ‘Devi’ but don’t observe a single vrath or fast solely for the well-being of our women and female children? No, because in our society, the well-being of a woman was never an issue. No wonder widow remarriage is not as widely accepted as widower remarriage.

In our society when you look at a man you can never say whether he is married or single or a widower or a divorcee but that’s not the case for a woman. Married ones will wear mangal sutra, sindoor andtoerings. Widows would not wear all of the above things and additionally they would add a shade of white in their attire. Unmarried women can wear bindi, divorced should not wear a mangal sutra. Huh? Lots of protocols to follow. Aren’t all these sheer bondages and means of prevailing gender inequality? Can’t a woman be just herself? Can’t she remain the same woman through out her aging? Why does she need to compulsorily learn to wear a particular type of attire just because she is married? No wonder women of Western countries are much more independent and freedom to wear anything they want plays a big role there.

The freedom of a girl starts from her dress, wherein she is never expected to change her attire as she moves out of her own home.

If women get away from all such dress protocols as well as traditional protocols, they get away from the sorrows attached to it. If a woman carries a dress-based protocol or a traditional protocol of doing a vrath or a fast for her husband all her life, it’s highly likely that she gets unknowingly attached to it and it becomes a reason of her grief when all of a sudden she has to stop following such protocols, if at all she turns a widow.

I come from a feudalistic family wherein my paternal grand father was a rich land lord. But my aunties (sisters of my father and his brothers) never got an inch from the property share. The sole reason is the patriarchal mindset of the society. When girls would get married, their husband’s property share becomes their property share indirectly. No body used to even bother about asking what would happen if the marriage won’t work. It was just because of my mother who is from a matriarchal family of Kerala that she decided that her children (my brother and I) would get equal share of property from both the parents. This is bringing a great change in the mindset of the whole family.

Things haven’t changed much even in this era, although the concept of joint family is diminishing slowly and children are mostly living away from their parents due to career requirements. Nobody is actually available for the parents’ health requirements but still the old mindset of patriarchy persists mostly, as property is only for the boy child.

If you have property and you give equal share to your girl child, you empower them in real sense. If you don’t have property then some amount of the family savings should be given to ensure that the girls of the family remain the members of their family forever. They aren’t ‘Paraya Dhan’. If something goes wrong in her marriage and she can’t support herself, her family and the house where she was born is there to support her always.

Marriage is an option not a ‘compulsory provision’

Marriage in our society is highly overrated as an institution. Sometimes it is seen that girls are literally brought up to get married. They are brought up to simply make others happy. Can’t they have their own view point and ideology? In this patriarchal society where the parents of the girls are not given much importance, girls are expected and even allowed to care for her husband’s parents only and she is not supposed to care for her own parents. It is expected that her brother will take care of her parents. She isn’t allowed to care for her own parents. There is something called affection and emotion. When this society will learn to understand this? Taking care for the aging parents is a matter of feelings and attachment with the relationship. On what basis does this society decide that girls will only care for the ageing in-laws and that it is a law that she can’t support her parents.?The sole basis is that because most of the household jobs jobs can’t be performed by boys, the society depends upon girls to bear this patriarchal expectation. There is nothing wrong if the relations are amicable and loving. But there are conditions that are to be looked upon, such as, what if the girl is the only child? What if the girl is worried about her aging parents? Society needs to understand a woman’s point of view and learn to come up to a solution which suits everyone.

It is good that the scenario has started changing wherein the girls have become the earning members. Now women of my age are more focused on comfort. But women need to be really clear on the traditional, cultural and economic aspects as well — it is their call in the end. 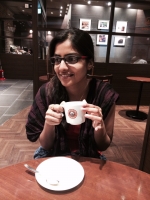 Fair & Lovely Changes Its Name, But What Changes For Dark Skinned Women In India?