Arya surrendered herself to the stylist with just one instruction. Once done, she felt liberated, as if her confidence was trapped inside her long tresses.

Arya surrendered herself to the stylist with just one instruction. Once done, she felt liberated, as if her confidence was been trapped inside her long tresses.

Born in the capital city, in a joint family, Arya was a very quiet girl with long black hair she despised since her childhood. She wasn’t sure why she hated her long tresses as much even though it was the only thing she was ever complimented on. Arya always wanted short hair and her mother, who also had long hair, insisted never letting the hair be cut.

On the onset, her family looked really progressive. They provided education for both the genders. However, there was an unspoken rule. The women and girls of the family would listen and obey more while speaking little.

While the family was kind and sensitive, being liberal was limited to only sending the girls to a good school and college. This mostly resulted in the women being educated but never putting their knowledge to use. Thus, making them best suited for the house. The rules were clearly laid out – get educated, marry, and have kids, strictly in that order.

She connected with Draupadi

Those were the days when epics like Ramayana and Mahabharata were telecast on TV. With limited entertainment options, the kids would mostly play outdoors and wait eagerly to watch the one hour episode every Sunday. Arya’s grandfather would often find an audience in her to share little known anecdotes about these epics.

For some reason, Arya connected with Draupadi’s character. She often wondered how the events altered the life of this fiery princess who was also known for long hair. From a strong headed woman to the wife of five men, Arya wondered why Draupadi had to suffer the wrath of her mother-in-law’s orders.

Arya was growing to be an ambitious girl. However, like most of the Indian households, the graph of a girl’s life is fixed. And the search for a suitable groom had begun.

Arya completed her masters and had pleaded with her parents to let her work till an alliance was finalised. She always wanted to please them and often forgot her own desires.

She grew into a confident person

The stars had favoured her when she was given a go ahead. It did come with a number of instructions like being home in time, not being too friendly with the males at work and the like.

She started working in corporate. And with the new-found financial independence, Arya was growing to be a confident and a straightforward girl.

Once for an office party she had dared to get a makeover. She planned to get the haircut she had always desired. However, just as the hairdresser was about to run the scissors, Arya rushed out the salon. She didn’t know what kind of fear gripped at her. Was it the fear of disappointing her mother? Or was she not confident of taking her own decisions?

“Will quit, if necessary”

Meanwhile, her marriage CV had been enhanced with the details of her job at the multinational company and pay scale. But it also had a footnote that stated, “Willing to quit job if required.”

Arya was open to the prospect of an arranged marriage as she was conditioned for it. However, her outlook towards it was gradually changing. This was owing to the face that her friends in office had boyfriends and the freedom to choose their own life partners.

Often, she wondered if there was something wrong with this approach and why making such a choice was still a taboo in her community.

There was also a lot of drama around fixing her marriage that was centred on making her look presentable. The photograph focused mainly on her long hair- that according to her family was the only good feature of hers. They conveniently ignored her professional achievements. None of her degrees, her debating certificates or even the fact that she had a high paying job mattered to them.

The story of looking ‘presentable’

The day of the presentation finally arrived. Arya was dressed up and her long hair was kept open as she was made to parade in front of four people. These people were possibly her to-be in-laws. However, the groom was nowhere in sight. Apparently, the girl had to clear the preliminary round before reaching the finale where she meets the boy.

Meanwhile, the two women of the four people were observing Arya from her head to her toes and posed silly questions. Silly, because they were age old and extremely patriarchal. She was asked questions like, “Can you cook?” “Can you stand and walk a few steps?”

Arya had been rude and rather straightforward with her answers. For God’s sake she was going to be the Assistant Vice President of her company. But here she was, being asked to walk a few steps so that they could check her height, weight, and long hair.

After the guests left, no one from her family dared to come near her to discuss the scenario. It was embarrassing for them, as they had tried to cover up her blunt answers by giving them details of her job and package.

Arya often thought of her muse Draupadi. Draupadi who was married to five warriors against her wishes. The lady who was dragged by the evil Dushasan into the court full of kings until Vasudev came to her rescue.

Why must a woman face such insults

Draupadi would have died a hundred deaths as the events of her life unfolded. Arya wondered how a woman was subject to such insults since ancient times.

It was appraisal time in her office and this time she was offered a position overseas. At first Arya felt excited with the offer- all her life she had longed to live an independent life.

However, she was apprehensive as she knew the approval of her family was difficult to come along. Her family, on the other hand, had softened their stand for her. This seemed like a compensation for all the humiliation she was going through during the process of getting married. So, when she broke the news of  her overseas promotion to her family, her parents did not refuse.

As she was preparing for her overseas tenure, she happened to walk into a salon for a haircut that usually meant a slight trim. You know, the kind where you never reduce the length?

While waiting for her turn, she found her thoughts being diverted to Draupadi’s life again. Draupadi who braved a massive insult and vowed never to tie her long hair till revenge was sought. This led to the battle of Kurukshetra and a bloodbath had followed.

Just then Arya heard her name being called. And this one time, she surrendered herself to the stylist with just one instruction. The stylist did his job perfectly, just like she wanted.

As Arya looked at herself in the mirror, her confidence rose three-fold. Her hair was short and red. Suddenly, she felt liberated, as if her confidence was trapped inside her long tresses.

In the Mahabharata, Draupadi would find peace only when her hair was coloured red with the blood of her crusaders. And today, Arya had found confidence after she dared to change her look and outlook. She did so by getting rid of her long hair- that somehow for her had always been symbolic of age old rules.

Both had risen from the ashes of situations that humiliated them and the red hair was a symbol of revenge, liberation and contentment.

“Out of the ash
I rise with my red hair
And I eat men like air.”

Editor’s note: This story has been shortlisted for the November 2019 Muse of the Month contest. 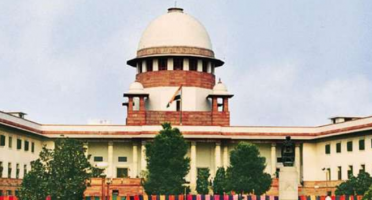 When Will A Crime Like Rape Have Strict And Fast Trials In Our Country?