‘Coz Girls Like You… Can Definitely Not Be Naughty Or Mischievous!

Mischief is often a term associated with little boys instead of girls. Because girls are soft and composed! But what if they are naughty too? Let them be, says the author!

Girls and daughters are not usually synonymous with mischief, being naughty or being brats. They are supposed to embody grace, beauty, composure and charm, certainly not disdainful mischief and defiance! Mischief is just not right, and needs to be discouraged and immediately nipped in the bud.

“Oh, she is too naughty for a girl,” remarked one of my old-fashioned relatives while looking disapprovingly at my daughter. It was one of those relatives with patriarchal conditioning and outdated thinking.

‘Have you devised strategies to combat the naughty streak in her? If not you should hurry now before it’s too late,’ was her strong exhortation. Male-chauvinist views and patriarchal thoughts are surely revolting and repulsive to most people and rightly so!

They instantly provoke me to react and retort and make me feel an indescribable rage. In fact, I would be quick to call out on such sexist, gender discriminatory and patriarchal opinions and would immediately condemn them.

Girls can’t be mischievous, can they?

Boys playing pranks are invariably welcomes, embraced and not just tolerated but also encouraged. These tendencies are nurtured to a fault so much so that sometimes these boys grow up as bullies. Bullies who harbour archaic and sexist ideas about women while constantly bullying and abusing their wives, mothers, sisters or even daughters.

The behaviour is easily condemned and overlooked rather conveniently. Just because they are men, they are endowed with privileges and entitlements that they can command and dispose at their will!

In exercising those male powers that a few men think are actually bestowed upon them by gods. They feel no remorse or the slightest degree of compunction- let alone shame and embarrassment about their actions.

Male-chauvinists feel righteous about their entitlements. Never once do they pause to introspect and question their own thoughts or their long-held convictions which are biased towards women.

These men never attempt to analyse or review their behaviour to figure out if such misplaced notions of their masculinity and sexuality are justified or not.

She just CAN’T be naughty

Mischief and pranks are usually associated to boys. And to see a girl who is just as strong-headed, witty or even naughty is simply not acceptable to the society. It is socially contradictory and politically incorrect!

Patriarchal societies are quick to deplore, vilify and even relegate such girls to a life time of contempt and defamation. Our societies don’t just frown upon such girls but teach them to undermine their self-confidence and self-worth.

Some lessons leave permanent scars on the minds and bodies of young girls and it becomes impossible for them to recover and return to normal lives.

I see the mischief and inimitable pranks of my daughter as an expression of her creativity, imagination and infinite energy! These are typical of children both boys and girls and a rather normal part of growth.

In fact, it is regarded as an important developmental milestone! I would hate to discriminate based on gender and will certainly welcome and entertain the naughty ways and delightful pranks of both girls and boys.

Enjoy the mischief as long as it is safe

As long as their naughty behaviour and mischievous attitude doesn’t border on indiscipline and show signs of malice, personal attacks or hostility I will definitely endorse it.

Before long, most children irrespective of gender outgrow their naughty patterns and mischievous ways! The children easily become unfamiliar with their own naughty facets.

So, instead of curbing and discipling them, why not wholeheartedly enjoy their pranks? Especially those of our daughters for they won’t last forever or even for too long!

Like all things in life, their childish innocence and attitudes will fade away and disappear with age and time. Before long they become nostalgic memories only to be recalled wistfully!

As mischief and pranks are common in children, parents can definitely entertain their jokes and endorse their behaviour. But only as long as they don’t border on indiscipline and disobedience.

Unruly and aggressive children should not be tolerated and at once be told off for their attitude. They should be told categorically that their brattish pranks aren’t acceptable. Parents should immediately take corrective measures to put an end to disgraceful habits.

Pranks and jokes are nice only as long as they exude goodwill, right intentions and respect for the other person and ambience. The minute they turn unhealthy, disgraceful or show signs of malice and hostility, they should be denounced and rejected.

As parents, we need to sensitise our children about healthy and unhealthy pranks and establish rules and boundaries around appropriate mischief.

Some children display an obsessive trait of mischievous behaviour despite instructions. These kids need to be strongly, appropriately and sensitively mentored and counselled. 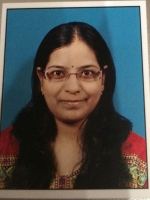 Tell me what? Women Reveal One Piece Of Advice They Wouldn’t Give Their Daughters

I Am A Proud Mother Of 3 Daughters & I Don’t Feel The Need To Have A Son!

Welcome To 2018 – A Year To Be A Feminist Rebel Like Never Before!