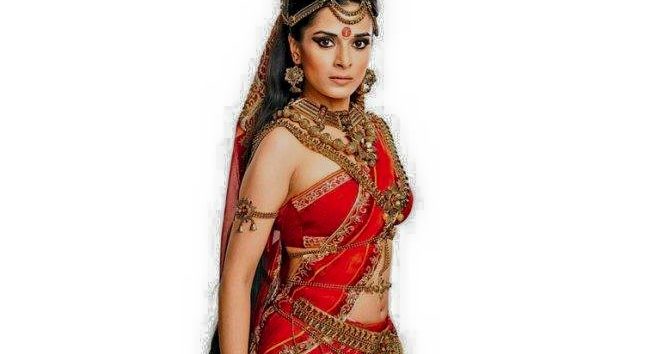 The author says that Draupadi is one of the first feminist women and we can learn a lot from her powerful persona.

Well, being a feminist myself, I focus on every single thing that connect me to the most unblended forms of its origination and exploration. And my research led me to find out who was the first ever FEMINIST in this world?

The ancient world is hidden with treasures of the purest form of human character, lessons of life and exceptional women of substance and capability. Feminism is not something which originated in the modern era, but is having its roots way back in Dwaparyug of Ancient Bharat. The first feminist of the world was none other than – Queen of Hastinapur and Indraprasth, Yagyaseni Draupadi.

Everybody knows who she was, and what she was capable of. Some people blame her as the cause for the fierce battle of Mahabharata, while many see her as a Goddess and worship her as the symbol of fearlessness and self-respect. The life of Draupadi was an epic in itself, where she emerged as the life-saving fire for everybody caught in the trap of coldness and senselessness.

Woman of Mind And Spirit

You may praise the Pandavas as one of the finest men, but the truth is that they were unable to rescue their wife’s honor during the Dyuth against the Kauravas. And then the Divine made a huge arrangement for the Mahabharat’s battle at Kurukshetra so that the Pandavas could get justice for Draupadi.

Why should anyone consider Draupadi as a feminist? It’s not only because of the reason that she questioned the whole court about the legality of Yudhisthir’s right to stake her. Draupadi was no sheep-mentality female so as to allow anyone to defame her. She alone shut everyone up, including the elders Pitamah Bhishma, Guru Drona and Kripacharya, with her self-dignified rescue against all odds.

Panchali fearlessly questioned Pandavas of her personal existence, allowance to stake her without permission, acceptance of the elders to let Yudhisthir stake her, and mentality of Pandavas to see their wife as a property. She clearly refused to lose against Duryodhan and seeked punishment for Dushshasan for bringing her with such disrespect in front of the court filled with men, and only men.

Dyuth was not the only point where Draupadi showed her feminist nature, she is the one born from Fire and hence had a pure heart and soul. She actually didn’t allow any contamination to capture her, despite the disrespect and injustice she faced in her own family. She was so strong in her mind and spirit that she became the flag bearer of self-respect and confidence. Draupadi was an intelligent, self-assured and righteous woman, who rose higher than the highest mountain of truthfulness.

Beauty with A Strong Sense Of Right And Wrong

Draupadi was no showpiece. Despite her controversial marriage to five Pandavas, which was questioned by everybody, she kept her dignity. This is the reason she is one of the five Virgins or Panchakanyas.

She raised vengeance against everyone who tried to defame her. Be it Dushashan, Kichak, Karna, Duryodhana or even her own husbands, nobody was there who didn’t surrender before her clear theory and rooted philosophies. She was not only sure of divine nature but made everyone believe that she is not going to accept any bullsh*t in the name of Dharma. This dark-skinned young woman never allowed any racial, gender or social discrimination run over her.

Attention male chauvinists! A Feminist will never bow down to any sexist, opportunistic or misleading male dominance. And so did Draupadi! She never accepted the way Pandavas treated her at Dyuth, she denied the acceptance of any derogatory words fired against her. She denied being just the name-sake Queen without any power to hold on to. She denied remaining quiet and tolerate any injustice, and she denied to pity those men who had ever disrespected her.

Feminist To The Core

It will not be incorrect to call Draupadi as one of the most path-breaking feminists. Without any doubt, she is accepted throughout the world. About 500 different temples are dedicated to her in South Bharat, and even in foreign countries. Goddess Kali is the supreme symbol of Feminism in the Ten Mahavidyas of Hindu culture. There is a vast cult of people who believe that Draupadi is the human incarnation of Goddess Kali herself.

We recklessly tag ‘feminism’ like a fashion symbol or something that is in vogue, without knowing the actual importance of it. Modern era can learn a lot of life essentials from Draupadi. And when you’ll know her, without a doubt, you would say what I believe, that she is one of the first feminists of the world. Bharat is a nation which holds a treasure trove of every possible aspect of life.

Draupadi had already lit the lamp of feminism, thousands of years ago. Women today can easily follow her footpaths to know the ultimate lessons of life. 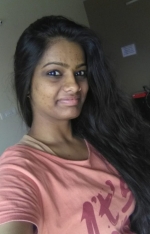 I am a passionate Feminist writer, who likes to speak her mind and tell truth