‘Chittiyaan Kalaiyyan Ve!’ Bollywood And Its Obsession With Colourism

We may have left colonialism back a thousand years ago, but their ideas of colour are still deeply rooted in us, the Bala is a good example of that. Isn't it time this changed?

We may have left colonialism back a thousand years ago, but their ideas of colour are still deeply rooted in us, the Bala is a good example of that. Isn’t it time this changed?

Though colonialism dates back to a thousand years, it still has a powerful effect that primarily dominates the South Asian communities even today. The concept of white-supremacy is still highly prevalent in the South Asian culture. It has managed to find a home in the media too, where it continues to dwell and grow.

This is the era where cinema has the power to reach out to millions and make a difference in people’s lives. In such times, it is important to make sensible and though-provoking cinema. I know that it is too much to expect out of Bollywood. However, since words like ‘feminist’, ‘progressive’, ‘ageism’ or ‘lookism’ are floating around, one would think that the celebrities know what they mean. But, sigh. We are wrong again.

Being progressive to be cool?

I think these celebs believe that using these words automatically takes them a notch higher on the cool-o-meter even if they do nothing about it. Lol, right? I thought so too. However, I am not discrediting some of the good work that is being done by the handful of filmmakers and artists. In fact, I am all for them. But what about the majority? The ones that are made for the masses, yet the masses find it hard to relate to?

It is 2019, the 21st century. I’d hoped that the literate and the educated section of the society would go past or at least make an effort to accept things as they are before making changes on things that need to be changed.

Can Bollywood ever have dark skinned people? Being Unmarried Or Single At A Certain Age Doesn’t Make My Existence Weird!

You see what just happened? What they did right there? Exactly. They contradicted the very message they were fighting for, by having an originally fair actor play a dark girl. I guess they were hoping to pass on the goodwill message to the audience.

Why is it okay to be biased?

Why was it not okay to choose an actor who actually has a dark skin tone to play the role rather than having Bhumi Pednekar apply a ton of make up? It not just humiliated her but also thousands of other people with that skin tone with the gross representation of the ‘dark skin tone.’

The industry definitely has some dark skinned actors and even if the directors didn’t want to caste these people, they could always audition new people. Yes, I am talking about the recent movie Bala and it’s forced over-the top-portrayal of a dark skinned Bhumi Pednekar.

As for the equal opportunity, makers could have got an actor appropriate for the part, by not thinking of the popularity and box office collections. As for the success of the movie, it is important for film makers to ponder upon the true meaning of success. Does success only mean 300 crore collections at the box office? Or does it mean giving the audience a sense of taking home a social message while breaking stereotypes? Isn’t this the purpose of the movies?

Yes, some movies did break stereotypes

In English movies, black paint was used on the faces of white actors like Al Jolson in The Jazz Singer (1927) and Peter Sellers in The Party (1968). The controversy that followed was huge.

As for breaking stereotypes, one good example is Ben Kingsley, who played the lead role in Gandhi. The makers cast Ben Kingsley, who apart from being half Gujarati, also looks a lot like M.K Gandhi. Also, there was no forced attempt to make Kingsley speak in Hindi and make a fool of him.

In Bollywood, Sujoy Ghosh’s Kahaani, was a breath of fresh air. It is a good example of how an Indian film assimilated two languages and cultures, without any stereotypes. The 2019 movie ‘Axone’ by Nicholas Kharkongor also does a good job with appropriate representation of North-Easterners.

Why do we need ‘chittiyan kalaiyaan’?

However, it is understandable why the prevalence of such hypocritical behaviour is present in Bollywood and is here to stay. Because, a time when Jacqueline’s chittiyan kalaiyaan (fair wrists) 2015, became the ‘youth anthem’ of the nation, it must be difficult for makers to actually get a savali ladki (dark skinned girl).

This reminds me of the 60’s when the very famous song, ‘Hum Kale hain toh kya hua dilwale hain’ played in every household. Not sure how far we have actually progressed since then.

The concept of misrepresentation and underrepresentation are an age old story in Bollywood. One could open the oldest record of Bollywood movies and count on their fingertips the number of times a dark skinned woman was in the lead role.

Bollywood has an impact over people

The numbers will not only shock you but also tell you about our deeply shallow and problematic culture conditioning. Here, the basic problem with Bollywood is that they will either not cast dark skinned women in movies. Or even if they do, they might just simply paint a fair actor dark. In both the cases, the actual dark skinned woman is out of the picture!

Bollywood plays a very powerful role in shaping mindsets and influencing behaviour in India. We know it’s not just an entertainment industry, as most would like to believe.

If Bollywood is aiming to actually pass the message of ‘skin tone does not matter’ or ‘dark and lovely’ much to the horror of ‘fair and lovely’, then it has to begin with accurate representations. Sadly, right now it feels like the industry is trying to break one stereotype by portraying another. 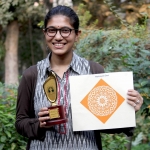 Dr. Moitrayee Das is a Guest Faculty at FLAME University, Pune. She holds a B.A. in Psychology, M.A. in Applied Psychology (specialization in Industrial Psychology), and a M.Phil. and Ph.D. in read more... 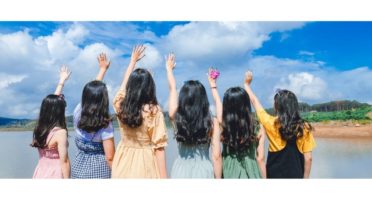 What A Woman Truly Wants My Period Was Never Impure But Your Thoughts Always Were! 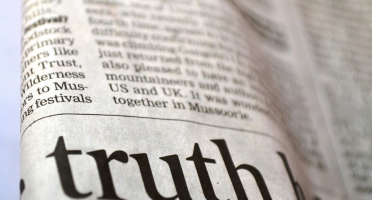 Idolizing Kangana and Vilifying Rhea: Misogyny at its Best 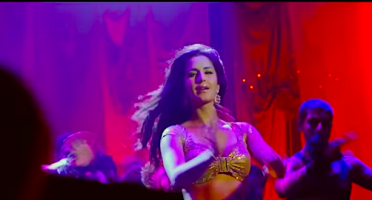 Gender inequality in the world is mostly due to our own selves - small things that we do or don't do can go a long way in eradicating it.

Gender inequality in the world is often due to our own selves – small things that we do or don’t do can go a long way in eradicating it.

Ever since the movement for women empowerment in 19th century began in the West, there have been ripple effects in the social dynamics all over the world. Besides, it is not as if we are witnessing a down slide in the society’s perception of women only in the past few decades.

If you remember, there was also a time, when Britain, Israel and India were ruled by three dynamic and powerful ladies – Margaret Thatcher, Golda Meir and Indira Gandhi, all at the same time! And despite all the revolution and revolutionaries from history, certain aspects of society are still going from bad to worse leaving aside a tiny percentage of success stories. 2017 was the year that we saw movies like Newton, Lipstick Under My Burka, Tumhari Sulu and so on, which made me hopeful that maybe Bollywood was finally waking up from its perpetual state of lethargy towards representing social conditions realistically, and with quality performances. But my ecstasy was thwarted when I saw the so many other movies which seem to nullify what these good movies tried to (un)do in our social structures. Alas, the agenda seems to be all talk and no action towards better female representation and feminism.

These 4 movies should not have been made in the time we expected 2017 to be!