Red Lipstick, Whiskey Sour and Bollywood Songs: When The Aunties Hit The Floor

A delightful account of when a few 'aunties' (as people call them) decided to be not wives, not mothers, but just themselves, even if for a short evening.

A delightful account of when a few ‘aunties’ (as people call them) decided to be not wives, not mothers, but just themselves, even if for a short evening.

On a Friday evening, a few women entered a popular bar in the city, dressed up in trendy midis, strapless dresses and short skirts and wearing red lipstick and statement neckpieces.

The music was loud in the pub and most of the tables were taken up by the younger crowd, aiming to wind down over drinks, friends and music after a long week at work. As soon as the ladies entered, the young people sized them up.

The hall was dimly lit but not enough to mask the wrinkles around the mouth and grays in the hair and hide those loose tummies under the dresses.

Oh, aunties are here looking for a good time! The curl of their mouths said.

True, the ladies were aunties – in the age group of 35 to 45 years. And indeed – they had come looking for a good time.

The ladies didn’t throw an itsy-bitsy glance at the people smooching in the dark corners or raise an eyebrow at that young girl who had had a little bit too much to drink and threw up in the toilet. No, they were oblivious you see. They had far better things to do this evening.

They had dressed up to the nines and taken care that their kids wouldn’t spill food on their new dresses. They had sneaked out of the house when the kids were not around. They had made sure that the family had eaten and had retired to their rooms before they left. They had promised that they would return early.

After having seen to everything, they didn’t mind who smooched, who made out and who threw up. They were here to have a good time and good time they would have.

Aunties ordered drinks and asked the DJ to play some Bollywood.

“Bollywood nahi chalta madam,” the DJ announced, throwing a snarky look at the aunty with a strapless dress.

“Why not? Then how come Bollywood movies do hundred crores ka business? And who dances on Badshah’s songs?” She asked.

“OK, OK! Will start Bollywood, but only at 11,” he promised, not sounding too sure.

Till then, aunties drank Caipiroska with vodka and Mojito with black rum, whiskey sour and crafted beers. Some of them restricted themselves to Virgin Jalapeno Guava Margaritas or Iced teas. They contented themselves by watching a few young girls’ lackluster dancing to Despacito and Shape of you.

11 came and went. But there was no sign of Badshah or YoYo Honey Singh. It was 11:10 and still no Bollywood.

One aunty got up and marched furiously up to the DJ.

Well, when the aunties get angry, even the Gods listen. The poor DJ raised his hand in surrender and the next moment floated in the air – Lamberghini chalaye jaane o.

Aunties gave a wild hoot and abandoning their cocktail-shocktail glasses, jumped on to the dance floor. They danced, they swirled and they twirled with gay abandon. One hot aunty even jumped on the table and catching hold of the skirt of her dress, tapped her feet elegantly a-la-flamenco.

With alcohol in their tummies, fun music in the background and in the company of their best girls, they were not wives, neither they were mothers. For a little while, they were carefree souls who didn’t have husbands or kids or mummyji-daddyji at home. They were like the college girls, or better still like the young crowd at the other booths, having a good time. If their eyes constantly flickered to their mobile phones, well, that’s a different story.

A server came up to them and asked – We are taking the last order. It is 12 o’clock.

Aunties sobered up immediately. Time for Cinderella to head back home. They refused a repeat of their drinks and asked for the check instead. At 12:10, aunties gave a thumbs up to the DJ and left the pub where the young crowd was still jumping, swishing and tapping their feet to the hot Bollywood songs.

Bollywood nahi chalta!! – One aunty commented and the others joined in the laughter.

One by one they hailed auto rickshaws, hugged each other and bid goodbye. Their collective sighs were audible – though short, they had managed to catch some moments out of time for themselves.

Friday evening will come too soon, but not for these aunties. The pubs will be overflowing with liquor, smoke and young crowds, but these mothers of children won’t be there. It will be another six to eight months before they can plan a night out again.

Anshu Bhojnagarwala, is a popular parenting blogger. She likes sharing her thoughts on health and parenting on her blog, Firsttimemommy, which is one of the top 20 First-Time Mom Blogs. She also likes to read more... 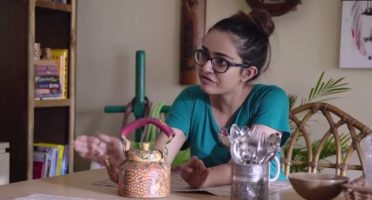 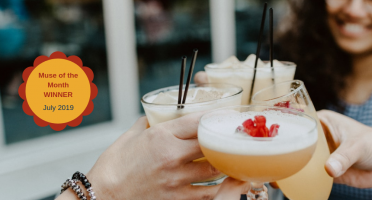 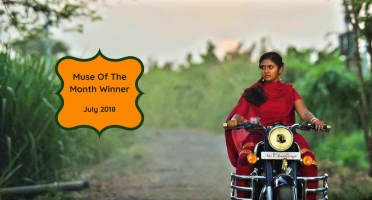