Is She An Equal Partner, An ‘Ardhangini’ In Marriage, Or Reduced To The Lesser Half?

We're the worst of hypocrites, worshipping the divine feminine as a goddess, and at the same time expecting our women to live lives like these,...

We’re the worst of hypocrites, worshipping the divine feminine as a goddess, and at the same time expecting our women to live lives like these,…

Do we respect women?

Not as in ‘Devi’, ‘Eternal Mother’ or ‘Goddess’, but, simply being human…

Is she the equal partner, ‘ardhangini’ in marriage or reduced to becoming the lesser half, only to huddle in kitchens, hang across doorways afraid to cross the threshold, speaking in hushed tones and pale faces hidden from the menfolk as wallflowers… seen, never to be heard..

‘Just a housewife’ mumbled hastily under breath, her self respect supposedly lies in a ‘job’ or ‘career’, and housework is never work…

Do women have a choice of career to work late or in shifts? Of being safe without being stared, stalked, pinched, pushed and molested by people known and unknown? 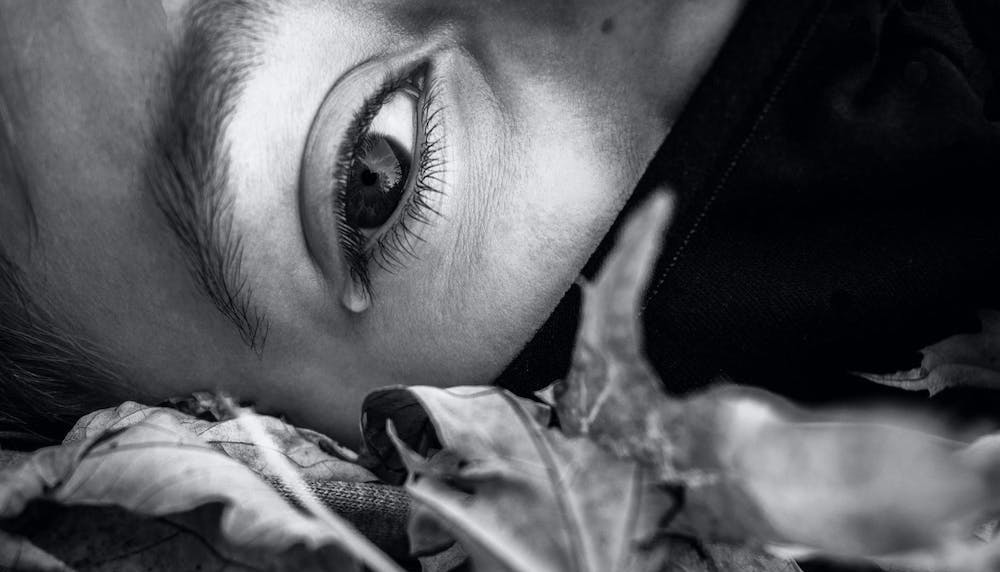 Women Forced Into Terrible Conditions In Mental Asylums In India, As If They Weren’t Human

Women hand over their salaries but fear to ask details of a man’s earnings, spendings or savings because good wives never ask difficult questions.

She cooks what the marital family likes, having long forgotten food flavours she ate in her own home. Food became an expression of love and the best chicken pieces are for men and kids and she eats after them, when nobody knows or asks if she ate at all.

Women don’t expect men to ‘share their housework’, it’s her load and she knows it well, because hamare mard ghar ke kaam nahi karte (our men don’t do house work).

Women don’t fall sick or aren’t allowed to. And nobody knows when she slept or woke up.

She never knew the pleasure of waking late, lingering over chai nashta or relished her meals in peace; for she never knew what Sundays looked like… and struggles between the whistling pressure cooker, rolling rotis and packing lunch boxes for the day.

She forgot how to hum her favourite song, read a book or talk to her sakhi -sahelis anymore, because she’s a married woman and another person now.

She’s valued for the dowry she brought, her jewellery and saris checked for quality, purity and worth by inlaws, as she stays quietly in the shadows and watches them lock it in their custody… she took permission to touch them, while we thought they belonged to her.

Come every festival, celebration, birth of a child or a mere visit to her maika, she’s expected to return with gifts for her marital family…and NO it’s not called dowry, it’s our custom, traditions, parampara.

She never buys what she likes at her in-laws’ house. Her choice for a washing machine or food processor are overturned by the more important choice of men in the family for a smartphone, music system, or car.

Nobody asked her while buying land, property, stocks or shares investments or savings, tractor, bike or car, because her choices ended at aloo- pyaaz -tamatar and her domain was chulha- chakki.

Women in our society are erased from public memory, once married. She lost her parental home, family and friends with every passing year, nobody remembers or expects her to turn up without pati or sasuralwale for added respectability.

As she has now acquired new family responsibilities, with her old ties torn, their place taken up by new people… she seeks permission to visit her parents’ home and returns in time to cook khana and wash jhoothe bartan (vessels).

Never failing to attend functions at husband’s folks for fear of a rebuke, forgetting the same concerns towards her parents and folks, she believed in the virtue of adopting customs and traditions of marital homes, trying to fit into new shoes though they hurt, uneasy, afraid to speak.

She wears markers of her new identity sindoor, tikka, mangalsutra, chudi, bichua for the world to see, but, never asked why the men didn’t keep one, that marked her existence in their lives. Because men don’t get branded; they are are not property to be gifted away like in kanyadaan, changing hands, homes, kula, gotra of the lost identity they lived by.

She observes fasts or vrat for the welfare of her husband, but no one ever kept one for her. Why nobody cares, is something she never asks, silent she stayed, because good women never question rithi, sanskar, parampara (traditions) – the rules of patriarchy for her.

Her character, family values and culture lie in the length of her skirt, she seeks permission to wear clothes of her choice, cut her hair or wear makeup, and is grateful if the men ‘allow’ her.

She retreats deeper into her ghoonghat and veils – hurt, reluctant and sad, as her izzat lies in her aanchal-choli -daman and no daag (stain on her ‘honour’) is tolerated ever.

She must be a virgin because good girls must keep their virtue; after all she’s a pati-vrata and her husband’s long life depends on her chastity.

Does she have a right over her body? The right to say no to sex and babies, obliged as she is to bring children into the world… NO, it’s her solemn duty to bear a waris (heir), sons for the families to carry on the patriarchal lineage.

Does she have a say in the education, career, marriage, and future of her children? Children she bore through her body and brought up through her sweat? It doesn’t even matter, because decisions are taken by the ‘wise’ elders of the pariwar (family), so women must stay within dahleez or limits.

Our parents are never welcome in our marital homes, we don’t bring them to nurse in sickness or health. Though we owe it to them, we’re not free to support them financially, also it’s undignified for them to take it too… But, when men do, it it’s their duty and the ‘responsibility’ of their wives, but for a woman it’s a different rule.

We move from parents’ home to marital homes, but, do we have one to call of our own by the sunset of life, even though we hold up half the sky? We never asked for a mouthful of sky, only the earth beneath our feet, in a land that worshipped the Goddess. 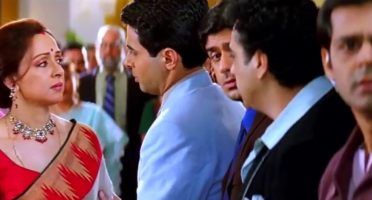 Why are homemakers still mocked and discouraged when they get an opportunity to work outside the house? Why can't they work simply because they want to?

Why are homemakers still mocked and discouraged when they get an opportunity to work outside the house? Why can’t they work simply because they want to?

The moment you hear the word ‘career,’ the first image coming to your mind is that of young men and women looking for a job to earn money, name and fame.

Shouldn’t The Idea Of Women Moving To The Husband’s Household Become Redundant Now?

It is time we stopped obsessing over 'tradition' and looked towards a more equitable distribution of roles and responsibilities between married couples. 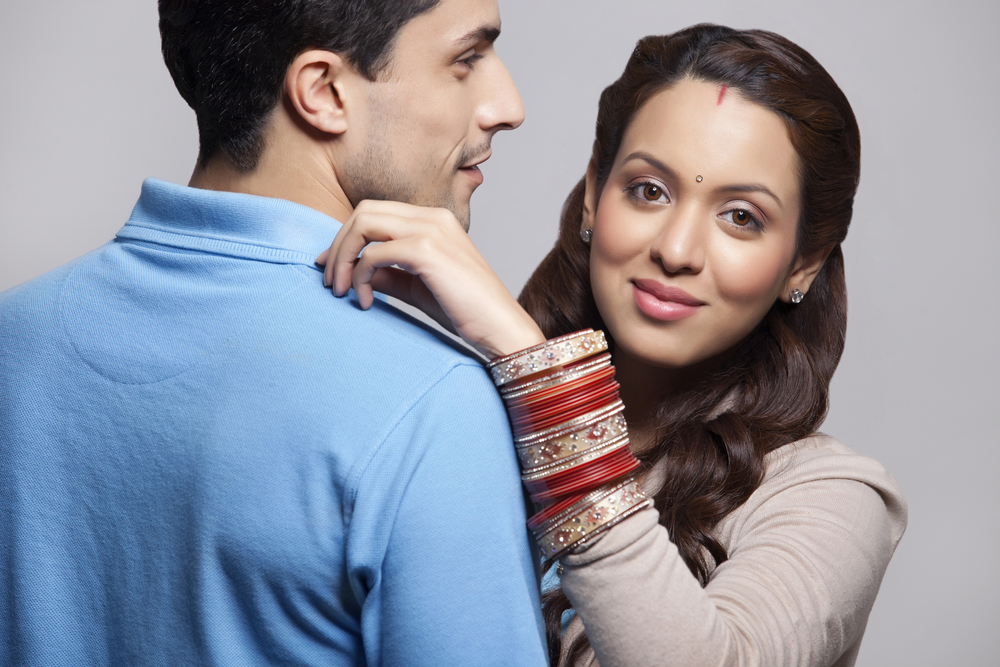 It is time we stopped obsessing over ‘tradition’ and looked towards a more equitable distribution of roles and responsibilities between married couples.

Most of us are aware about how marriage related ‘transactions’ happen in the Indian Families. Be it ‘love’ or ‘arranged’, we do assist our parents in carrying forward toxic social evils. Apparently, we respect our parents; hence we agree to their childish demands. Starting from who will pay for the big fat Indian wedding.