It is time we stopped worshipping the superwoman. She became a superwoman because she is married to a super archaic, super manipulative, super selfish idiot. 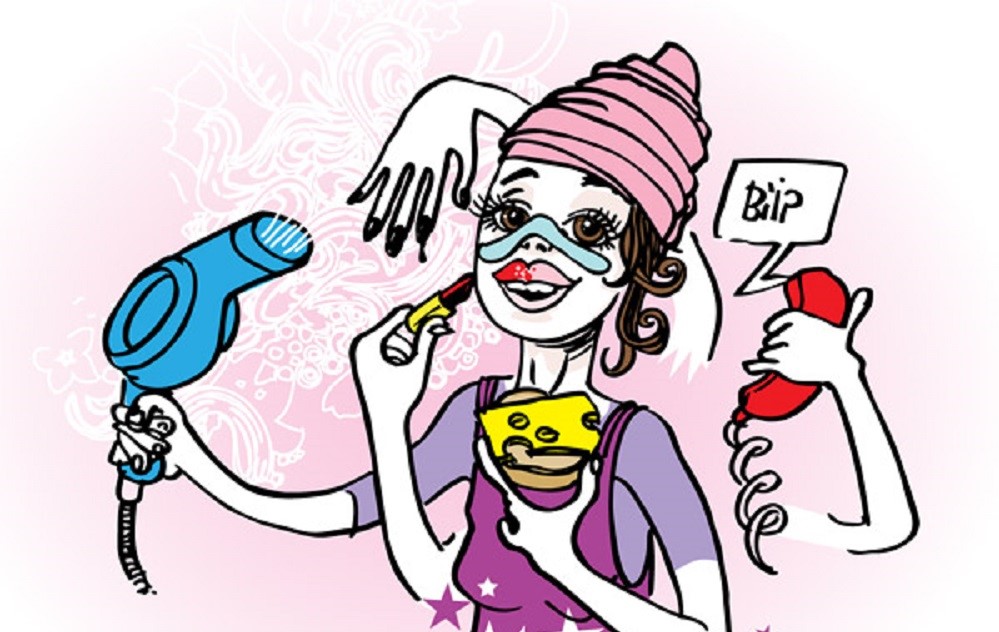 It is time we stopped worshipping the superwoman. She became a superwoman because she is married to a super archaic, super manipulative, super selfish idiot.

“Bittu Bhaiya’s wife is a superwoman!”

“Don’t you remember her? She comes up randomly in all conversations. Your husband’s chachi’s mausi’s grandson Bittu bhaiya’s wife – The Ideal Bahu!  Everybody loves her!”

“She gets up at 5 am and cooks breakfast. No not your definition of breakfast – bread and omelet, you lazy, shortcut specialist! She makes poha for Bittu Bhaiya, idli for Bittu Bhaiya’s parents and aloo paratha for the kids. She packs the lunchboxes for everybody. She also goes to work! What did you think? You are the only ‘career woman’ in the family? She comes home after work and cooks delicious dinner for everyone. She then cleans the kitchen and goes to bed. She spends weekends scrubbing the floor and dusting. Yes, she has a maid who helps with the dishes and mopping. But she never leaves the house at their mercy. Which loving woman would? Plus, Bittu Bhaiya loves her so much that he only likes rotis cooked by his lovely wife. Not only this, she is always smiling like laughing Buddha!”

Sounds familiar? While every married woman may have been given the example of Bittu Bhaiya’s wife to highlight her inadequacy and miserable failure, nobody ever gives credit to Bittu Bhaiya for his wife’s achievements.

He gets up in the morning (by himself!). He then gets ready (again by himself!) after bring served hot breakfast. He works hard all day, poor guy. He comes back home and watches TV while admiring his wife as she takes care of two kids and three adults. He spends the weekends catching up with friends for a drink (while of course in awe of his superwoman wife who manages his home and shares his finances so beautifully).

I think it’s time we acknowledged that Bittu Bhaiya has an important role in creating a super woman. Behind every super woman, there is an inconsiderate man!

Best way to control a woman – put her on a pedestal

In our society, the most effective way to control a woman is to put her on a pedestal – as the epitome of selflessness and sacrifice.  If Bittu bhaiya’s wife’s daily routine makes you wonder if she in an unpaid full time maid, she is not! She is a glorified maid!

Instead of applauding her and putting pressure on her to maintain that superwoman trophy, why can’t the likes of Bittu Bhaiya share some responsibilities to make her life easier?  Or at least hire sufficient help so that she does not have to do it all alone? Why should she slog like a slave? But he does not bother. It is her job, after all. Plus, she gets perks being married to him, such as being “allowed” to work etc. What a lucky lady!

The Indian man looking to get married

A long time back, I had the unfortunate experience of interacting with a man for an arranged marriage set-up. This was our first chat. He asked me if hypothetically, would I take a few years off from work if I have a child. I said that I do not know how being a mother would feel like, so I really can’t say.

That was an honest answer but it did not gratify his curiosity. He insisted. I said probably not, because I love my job and it would be difficult to stay at home. He complained how women “these days” don’t understand that raising a family is extremely rewarding. It is not a loss, rather a gain that would benefit me for a lifetime. Plus, a professionally qualified woman like me can probably find a job even after a gap. I said that the rewards of parenting do not discriminate between men and women. Has he ever considered flexible hours post fatherhood to take care of his kids?

He replied that mothers “obviously” have a stronger bond with children. I told him that biologically men cannot breastfeed. But beyond that, is there anything that they cannot do for the child? I know a lot of men who take very good care of their children, who adjust their work life to be there for their child.

At this point, he was getting very uncomfortable with the conversation. He said that women have become too forward (whatever that means). He again asked me the original question like some unstoppable moron, this time wording it differently.

“So career is so important for you that you do not have the love and affection to take care of your family?

“What if you die. Or we get divorced. Then I will have no job. No money. The love and affection will not suffice in feeding my children. Being financially independent will.”

I succeeded in finally shutting him up.

It should be her choice, not forced on her, right?

Just to clarify, I did take the argument to extreme. I have a lot of respect for women who stay at home and take care of their children. I am not trying to undermine them in any way. But only she has the right to make that choice. It should not be something that is naturally expected of her, or forced upon her by virtue of her gender.

If the mother chooses to stay at home, let us not ask her, “But what do you do all day?” like an idiot and give her examples of Bittu Bhaiya types’ wives who bring in money also. If she works, then also let us not make her compete with Bittu Bhaiya’s wife whose cleaning skills could potentially leave all janitors out of work.

It is time we stopped worshipping the superwoman. She became a superwoman because she is married to a super archaic, super manipulative, super selfish idiot. He is inconsiderate of her needs but very cleverly and conveniently takes advantage of her.

There is no pride in being Bittu Bhaiya. So why should there be any shame in not being his wife?