Being a daughter-in-law in Indian society is not easy. However hard she tries to make a place for herself in the new family, she is forever judged. 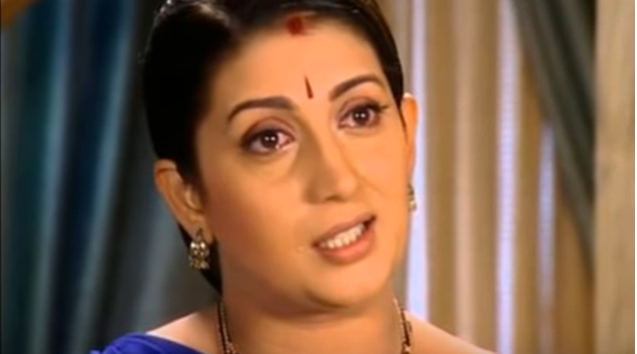 Being a daughter-in-law in Indian society is not easy. However hard she tries to make a place for herself in the new family, she is forever judged.

Times have changed and we see so many deep rooted notions coming to an end by the logical questioning of the Millennials and Post Millennial generation. It has somewhere enabled Generation- X, Baby Boomers and the Silent Generations to reflect before narrating about the long prevailing notions and their repercussions.

Whether they are convinced or they have given-up on answering to the rationale produced is a big question. But, the fact is that yes the misconceptions which had given birth to different oafish ideologies are slowly getting submerged into deep vacuum. Yes, they are reaching their last days. Happy to see the evolution of a different world. It would definitely be a better place to live in.

Times they are a-changing?

But, I was recently dismayed to hear 2 stories from different people which made me contemplate that even if times are changing for good, the sense of acceptance for a specific category has not yet stabilized. Small nuances in the day to day behaviour of families make it clear for the victim that they have been taken for granted, and shockingly these thick skinned people are a part of Millennial and Post millennial as well. Now the question is why??

The category I am referring to here is the category called as ‘Woman’ who step into a different role as soon as they get married and become a ‘Bahu’ (daughter in law) or “Bhabhi” (Sister in law).

Though, these are family matters and I hold no right in barging in anybody’s family but, I want to raise a question for the whole community of Bahus and Bhabhis (community of daughters-in-law and sisters-in-law). Two very trivial incidents that impacted me so much so that, they made me think about it really seriously, and conclude that one needs a BIG heart to accept a girl of a different family as your own.

The fact is that she is still being treated as a 2nd class citizen in the family. The life of a woman if she is a Beti (daughter) or a Behan (sister) is different from the life of a Bahu (daughter in law) or a Bhabhi (sister in law).

In today’s world when we talk about equality of gender, why is that she is expected to make all sorts of compromises or behave in the most ‘appropriate’ manner even if the other members of the family just do the opposite of the stipulated code of conduct? Is this justifiable? Is it equality?

These 2 incidents are true stories which I could witness as they happened with one of my friends and acquaintances respectively.

The wife who was expected to be on a ‘spouse trail’

A man marries a woman (love marriage). The man is a businessman and the woman is a well established teacher in one of the reputed schools. The man is somehow not satisfied with his father’s business and wants to explore. Instead of trying something in India, he rather tries to explore things in other countries.

Luckily he gets a job in another Asian country and he makes up his mind to move there with his newlywed wife. Parents, with a confused state of mind, agree to his decision and stand strong with him for taking this chance. Mind you, that this decision is taken without taking consent from his wife who has a well established job of a teacher.

Once decided, the news is shared with the wife. There is a tussle and all the family members and even the the parents of the woman convince her to leave her job and to try and support her husband in his decision. Under all pressures, she finally resigns and leaves for that country. Her husband immediately resumes work there and the wife is in a state of settling down in the new country, new house while she looks out for a teacher’s job.

After a few months or so, the girl luckily gets a job of a teacher in a school near her house. She starts to work and life gradually gets smoother. The woman finally settles down with her job and finds the country also welcoming. She feels great there, in comparison to the difficulties she used to face in her own country.

Finally, she is happy for supporting her husband. On the other hand, the husband who has always been in business through-out in his life is not finding his new job comfortable. He can’t take commands or orders from his seniors and he finds his salary meager as compared to what he enjoyed when he was taking care of his dad’s business.

He starts talking to his family about his dissatisfaction in his job. So finally he decides that he shall quit his job there and move back to India into his own business.

Again nothing is discussed with the wife. One fine day she gets to know that her husband would be resigning from the job and has made up his mind to move back. She is extremely happy and settled in the new environment, the culture, the people around, her job and all comforts.

She is then asked, coaxed and commanded by the in-laws to quit from her job where she worked for around 7 months in the new country. Once again the woman succumbs under pressure and has to leave the fulfilling job for her husband and they both move back to India.

The man is back in his business and the woman finds it really difficult to get herself a reasonably good job, and has to sit at home.

My question is – had it been the woman who had made such erratic decisions, what would be the support given to her from her husband or their respective families?

The daughter-in-law who was judged for her opinions

A daughter-in-law makes a decision and requests her family members to not have a family get together at her place. She does so as, her son, who is a little weak in studies, is undergoing board exams and she genuinely doesn’t want him to get disturbed. It being the most critical year for him, she requests to have the get together at somebody else’s house for that day.

In turn, her bhabhi makes a snide remark saying “She is one of the most annoying women we have in our family. She can ruin the family and is capable to break the bond between the siblings with her attitude.”

This ‘Anti-Bhabhi‘ lecture goes on for a few minutes with unwarranted gossip. All the listeners too start feeling as to what an unaccommodating lady the woman in question is.

I feet this is a genuine request any parent would make. Then there was another discussion which took place where that lady mentioned something about her own father-in-law who is a little conservative and is not active in any family get-togethers. She, this time was a little polite about mentioning him, that he doesn’t allow much gatherings in his house.

After describing her uneasiness with her father-in-law’s attitude she abruptly says, “It’s his (father in law) nature only. He is not bad otherwise but we should not expect much from him because he is very reserved in nature and we should accept him as he is. In fact we should adjust a little to make peace in the family.”

I wanted to ask her a question as to why this disparity in understanding and accepting two individuals in almost similar situations. But, I somewhere knew that this would lead to arguments destroying the sanctity of that wedding ceremony. She announced the whole world how crooked her sister-in-law is and I am sure the listeners  would have also taken her the way that lady drafted her character. Nobody would bother to even listen to her side of story and a judgement would be made.

I am sure the readers out there would relate and will have similar stories to tell which are trivial from an outsider’s perspective, but it actually makes a lot of difference to the lady who is asked to compromise or is erroneously labelled by her own family members.

We still have a long way to go!

It Was My Call To Liberate Myself, And I Don't Have To Justify It

3 Absolutely Atrocious Statements Single Women Get To Hear At Work

5 Regressive, Hurtful Things Young Women Like Me In The Marriage Market Always Hear

Why Is A Girl Expected To Know Everything About Everything Right From The 1st Day Of Marriage?

She Knew This Marriage Was Destined To Die...