Woman, Fight Back; Make Him Learn What Happens When He Ignores The Word NO!

Crimes against women have been increasing, but also increasingly, women are standing up for themselves and speaking up against this.

Crimes against women have been increasing, but also increasingly, women are standing up for themselves and speaking up against this.

“Woman, fight back.
Make him learn why you will be the one he won’t be able to forget. Turn the tables around, make the ground shake.

Woman, fight back.
If you ever feel like you can’t breathe anymore when there isn’t even hands around your throat, leave before they even start to approach.

Woman, fight back.
Make him learn what happens when he ignores the word ‘no’.”

In India, male violence is perceived to be a sign of masculinity. Victim blaming is just a part of the story where manipulation and shame are used as a weapon to allow the assaulter get off the hook. It is a method by which the society perceives sexual assault to not be of a major concern, or at least pretends that it is not something to worry about.

Our culture, however, messed up as it is, instead of blaming the assaulter, concentrates on shaming the victim, both slyly and blatantly. The reasons of the society to blame the victim become endless, from inappropriate clothing to roaming around at night.

After the infamous 2012 Delhi gang-rape case, popularly known as the ‘Nirbhaya rape case’, a documentary named ‘India’s Daughter’ was screened on BBC. It showed one of the accused saying that ‘A girl is far more responsible for rape than a boy.’

The utter disregard for humanity and the outrageousness of the statements made by him displayed the disturbing yet harsh reality of the attitude of people in India regarding rape. In fact, the step of the Government to ban the documentary on grounds that it would disrupt public order proves that it has failed to address such sensitive social problems.

Dealing with guilt for the survivor

Research studies suggest that people who have been sexually assaulted somehow tend to blame themselves for their condition. The thought that comes to their mind is that they had worn the wrong dress, were out at the wrong time, did not try to restrain the assaulter in a tough manner, and so many other futile reasons.

The assault itself represents the lack of humanity in a person, rather than short dresses, alcohol or roaming around at night. Hence, there is a desperate need for people, especially women, to understand that none of the attacks are their fault. The fact that a person is being assaulted is the sole responsibility of the attacker. None of it is the fault of the victim.

The grey areas of consent in sexual violence

Also, the mere fact that a victim failed to say ‘no’ explicitly or violently opposed to the assault does not validate their consent. Fear and vulnerability freeze a person when he or she is being attacked. The comprehensiveness to understand how to react does not occur to one’s mind. Hence, the fact that a person did not verbally say ‘NO’ does not invite the victim to be assaulted. Fighting back may be difficult during such times but that does not mean that the victim is allowing the attack.

Victims and survivors must uplift themselves, make themselves stronger and raise their voice against the attacks. Such acts of bravery not only boost one’s confidence but inspire others to fight in desperate times. An inspiration to not give up can help when the entire world turns against us.

Restrictions on the victims; UNFAIR

For time immemorial, women everywhere have been pushed to a secondary position in comparison to men, whether it is at work or households. This has resulted in women being shifted to restrictions.

Freedom and independence are still a far- fetched dream for maximum women. Women need to realise that the Constitution gives them the right to equality and protection and it is high time they realise that there is a need for women’s empowerment. There is a dire need to redefine the status of women in the society. There is a need to make everyone realise that women are not weak. Unless women take matters into their own hands and learn to take a stand, women will be taken for granted.

A surge in harassment and assault cases has taken place over the years.

The teachings given to us that it is best to ignore lewd remarks of men and move on without creating a scene is being discouraged now. The 21st century women are realising the fact that they are strong and confident. It is a high time that women learn self-defence, be it through training martial arts, karate or rather simple efforts of using self defence products such as pepper spray, alarms, etc. These self defence products are hand-held, feasible to carry in our purses and easy to use as they require no skill at all.

Women all over India are fighting back. They fight for their right to equality, right to protection, right to safety, etc and fortunately, many of them have succeeded. One of the flag-bearers of advocacy for acid-attack survivors in India is Laxmi Agarwal. She was attacked by a spurned lover and his alliance, whose romantic advances were rejected by her when she was merely 15 years old. However, the attack could not undermine her spirits. Instead it turned her into an active advocate and spokesperson for acid attack survivors all over the country.

In 2017, a video circulated on the Internet which showed two men touching the feet of the air-hostess and apologising for misbehaving with her. In another case, a girl named Chaitali Wasnick was groped by a man in front of police officials. She instead of letting him go, hit him so much so that the police had to intervene.

The 21st century women need to realise that they have to support each other, believe in women empowerment and raise their voice against any wrong happening to them or others. We women will fight for our happiness and our respect. We women are tough, responsible and we have the ability to keep ourselves safe and happy. We women will not tolerate abuse. We will not remain subdued and endure pain anymore. We will stand for ourselves and the others.

We will fight back, because it is not our fault. 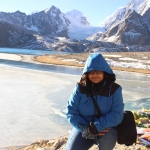 An interactive and imaginative individual who follows her heart. Constantly striving for Women Safety, Security and Empowerment and believe that Women Empowerment is the key to Social Change. A social contributor, involved with the Cheshire read more... 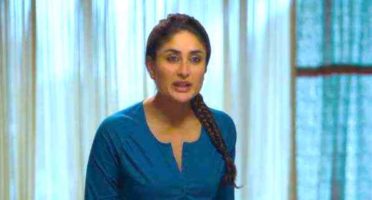 It Is Time To Stop Using Violence Against Women As A Display Of Power! 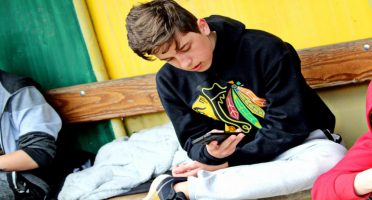 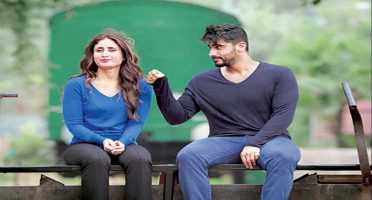 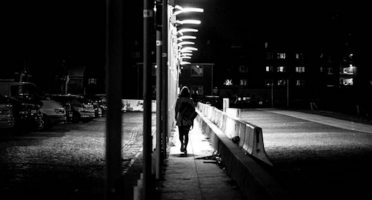