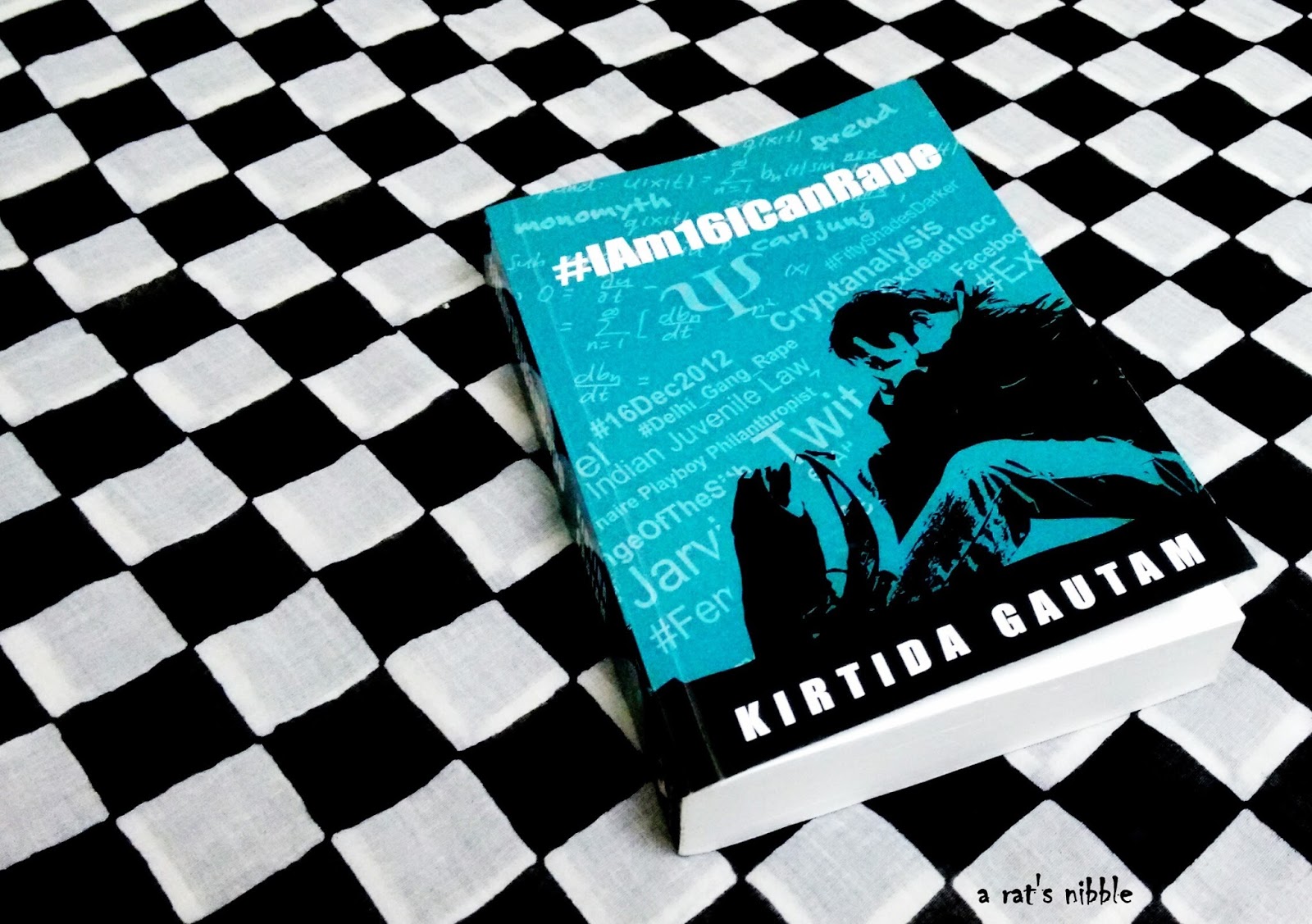 Kirtida Gautam’s un-put-downable book, #IAm16ICanRape, is a hard-hitting, brilliant fictional deconstruction of a rape case. While at it, she has also touched upon some other ills of society and shone a spotlight upon them.

Rudransh Kashyap (affectionately called RK-ji by his students through the years) who has built an empire – the RK-JEE classes for IIT aspirants – is a towering patriarch in his world, an intelligent, extremely hard-working, and upright man of high moral fibre, a true teacher and a visionary. His sole heir is going to be his beloved grandson, Aarush Kashyap. Aarush, the golden boy, the brilliant grandson who more than made up for the disappointing ordinariness of his son, the baby whom his wife Gayatri saved from being aborted by an equally brilliant daughter-in-law who was not ready for a child at that point in her life, and who, consequently, was brought up by Rudransh Kashyap and his wife. All of RK’s dreams centre on the boy, and nothing is too good for him.

Until one day, when, on his 16th birthday, Aarush is arrested by the police on a rape charge. He, along with Vijay, an employee of a five-star hotel patronised by Aarush, is charged with the rape of a software engineer, Subhangi Tyagi. They had picked her up after her two-wheeler had run out of petrol, and had raped her brutally, after which she claimed, Aarush had inserted a beer bottle in her vagina and broken it inside with another bottle, and then dumped her naked on a deserted road, her clothes cut to bits and thrown on her. Aarush, however, being 16, is to be tried under the country’s laws for juvenile offenders, and could well get away with it, even if rape is proven in court.

Aarush Kashyap, the rich, handsome, and brilliant boy who has his many secrets.

His grandfather who would do anything for him, if only he is innocent.

His grandmother Gayatri, an emotional, affectionate woman who nevertheless has a backbone of steel.

His mother Ananya, who shares his incisive intellect without his sense of entitlement.

His father Mrigank, an ordinary man who has his weaknesses.

Subhangi Tyagi, a courageous, razor-sharp and extremely clear-thinking woman, a gritty rape survivor, and a woman who sees very clearly what she needs to do. Who sends this message to her rapist, on air: “You fucked my vagina, you wanted to think that you fucked my mind, but unlike you, Dick, my mind doesn’t lie between my two legs.”

Pihu, the simple, sweet, and innocent daughter of the Kashyap household help, who is devoted to her Aarush, who can never do any wrong in her eyes, and for whom she is willing to do absolutely anything.

Meghana Pathak, called the tigress by her peers, the lawyer who fights for the defence.

Subhramaniam Sir, the shrewd, and eminent senior lawyer who fights the case for the prosecution, but who has the reputation of always fighting for justice.

Taz – Tabrez Sheikh, Subhangi’s roommate who starts and leads the drive for justice on social media.

Saurish Acharya who is the czar of media who is a clear hat-tip to Arnab Goswami – “India knows what happened to you. India is angry. But we want to know your side of the story.”

And most importantly, Samvedana Rao, the clinical psychoanalyst who has many books to her credit, who Rudransh Kashyap takes the help of to work through his problems and who gives him (and us) a scintillating analysis of a rapist’s profile. In a strange way, she reminds me of Krishna in the Mahabharata. Which might not be so strange, after all. For the book has this prelude: “Till fathers will stay blind to the shadows of their sons, Draupadi will be disrobed…”

This book, which is a clear tribute to the Nirbhaya rape case, (the dedication at the beginning says so) makes for uncomfortable reading, but raises some interesting points. What is rape? What makes a rapist – nature or nurture? What makes a rape victim, and what makes them a survivor? What is the language we, as a society, use when speaking of rape? What role do the differing ways in which we bring up our girls and our boys play? What about the laws of our country – do they do what they should – both for preventing rape and for delivering justice? How, exactly, does the political system work in such a scenario? And most importantly, what do you do if your own flesh and blood is charged of a crime like this?

The author’s experience as a screenwriter is evident in the format she uses – each chapter is divided into sub-chapters that are each narrated from the point of view of its various characters, giving us an in-depth insight into the minds and motivations of each of them.

The author’s experience as a screenwriter is evident in the format she uses – each chapter is divided into sub-chapters that are each narrated from the point of view of its various characters, giving us an in-depth insight into the minds and motivations of each of them. This un-put-down-able book, written by a clinical psychologist who is also an alumni of FTII, delivers a punch that well could have been written as non-fiction. That it is fiction turns it into a psychological thriller with the promise of wider reach. That is what we, as a society need. More conversation on rape, more openness about the causative factors, more introspection on how we can teach our children not to rape, to respect another human being’s right to choice, that a no means NO, rather than teaching our girls to cover up, to not go out there. Parents can arm themselves with information, just reading the last chapter of this book, and information is what we need, along with a willingness to change. Just like we need to speak to younger children on keeping themselves safe from sexual predators, or pre-teens and early teens about sexual behaviour and relationships, older teens certainly need to be spoken to about this.

A winner all the way!

Image via A Rat’s Nibble.

If you’d like to #Iam16Icanrape by Kirtida Gautam, do consider using our affiliate links at at Flipkart or at Amazon.