Complimenting a mom that she doesn't look like a mother is objectifying her and one step away from body shaming her. Don't do it!

Complimenting a mom that she doesn’t look like a mother is objectifying her and one step away from body shaming her. Don’t do it!

A famous Instagram influencer Kamana Gautam (a mother of two adorable kids) was approached by a multinational company to become an influencer for its beauty brand. She rejected it on the basis of the content they use to sell their product, i.e “You don’t look like a mom”.

According to her, “Showing that ageing is bad and a mother/woman shall look younger than her age by reversing the ageing process to get acclaim and get noticed means objectifying a mother’s body by portraying that she shall look fresh or glowing or slim etc. This also puts pressure on mothers’ minds to look in a certain way. Mothers/women come in different shapes and sizes. There are days when they look tired with dark circles under their eyes and whatnot, and other days – are full of energy. If it was just TV before – now we have social media platforms which shape thoughts of people. People get influenced by others.”

She wants to spread a message that “Next time if someone compliments you saying ‘you don’t look like a mother’ don’t say thank you, and don’t take it as a compliment. Instead, teach them that they are stereotyping.”

Well, I totally agree with what she said and realised that people do it quite often with me too. So I would ask you too about the same.

How often you, as a mother have heard the following?

~ Are you her elder sister?

So, if you take these statements as compliments, especially “you don’t look like a mom” then you are unknowingly becoming a part of the body-shaming and stereotyping group. We as mothers/women need to tell the world to go beyond physical appearance and looks. This way we’ll help our fellow mothers and women to be less burdened to look a certain way. Being a mother is a compliment in itself.

A mother faces a lot of psychological or physical ups and downs before she is able to accept her after-delivery body. So, saying the things that just make her uncomfortable about her body is not going to help.

Sometimes, you might comment innocently on her body, weight or lifestyle, thinking that they’ll get motivated, or they want to get those words of wisdom.

But by doing so, you’re subjecting her to body shaming. You shouldn’t do it even naively by asking questions like:

Are you following any diet, you don’t look like a mom?

NO, you’re not supposed to use this for both – like a compliment or as a comment. If you think she’s binge eating and that’s making her look big and putting on weight post delivery, and you should make her realize that overeating is bad, so sorry but we mothers don’t want to listen either.

You might not know that she’s not even getting time to properly have her meals on time. She might or might not be happy with the things at present, and you’re making it even worse by asking so. The least you can do is stop asking her about her diet.

Have you gained any weight?

Gaining weight during pregnancy is not a choice, a baby gets its nutrients from what a mother eats. Even doctors recommend that healthy weight gain is around 10 -15 kg and that too gradually upto nine months. This also depends from person to person; some put on a little faster than others, and getting rid of it shall also be a gradual process, for which there shouldn’t be any time limit by people or media.

If you think that whatever we see in popular media is real, then please wake up. Fitness goals by actors or models in the media aren’t easy to survive, as they have their own lifestyle and routine. We have different work commitments from theirs like managing babies, kids, house, a job. These reel people set up some unrealistic expectations that the society thinks should be attainable for all.

How can you help?

Trust me, most mothers get along well with their new body post pregnancy and reinvent themselves. But it takes time. So the best thing you can do is to lend a helping hand, smile and talk about anything but words of wisdom about burning fat, removing stretch marks, or looking lean like before or like celebrities.

And remember we mothers are proud to be the mother, and it’s a blessing. So next time avoid complimenting a mother by saying ”You don’t look like a mother”.

Am I asking for something unachievable? Can we women support each other by avoiding topics which ultimately lands on body-shaming? 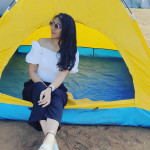 Namaste !!! I'm Preeti Bhardwaj who's a working mummy of a beautiful, courageous not so little girl. I am a science graduate and a Management postgraduate woman. I was an entrepreneur who's now read more... 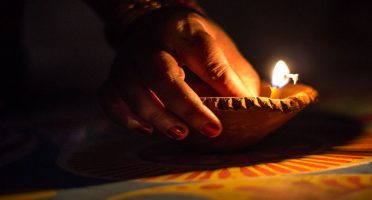 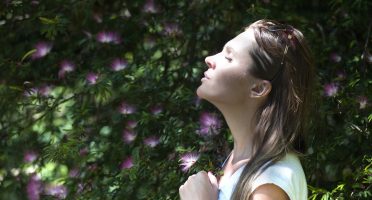 Why 'Me Time' Is Important For Women 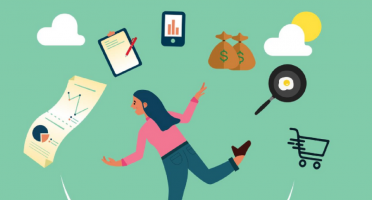 9 Things This Mom Wants Freedom From! What's Your Freedom Wishlist? 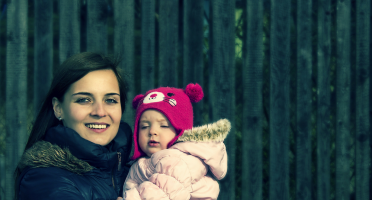 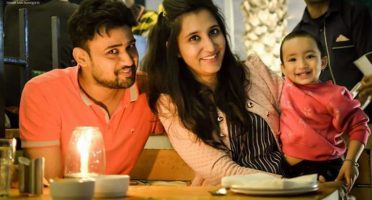