“So, how many TV channels have come over to interview you?” asked Ruby.

“Yes, I don’t think it is that important a news. If it had been a minister’s son I beat up then it might have caught the media’s attention, I believe. Or a celebrity may be”

“But the video went viral.”

“People are questioning its authenticity though. One single tiny girl beating up a burly man in public! Does not happen every day. Tell me, didn’t you feel scared beating up that man? Alone? He might have had friends in that crowd.”

Sneha kept her glass down on the table and looked at Ruby.

“Ruby, do you remember the time when I stayed cooped up in my apartment for days?”

“Yeah. And I also remember how you showed your strength that night when you booked a cab and went home alone at night.”

“That night came much later. Before that, there were many days and many nights when I was scared, lonely, afraid. I was afraid not only to go out, I was afraid to even staying alone in my own apartment. Every moment I felt someone was coming to break the door, pull me down, and do something horrible to me.”

“And yet you found the strength to come out of it, to face your demons.”

“If you think I am fearless today it is because I’ve been afraid. I have had my share of the scare. And I have tried to win over them. When I saw that man hitting that woman in front of everyone and people just watching, I just couldn’t stop myself from reacting. If the people who had saved me had just moved on that day without doing anything, that cab driver would have been successful in raping me.”

Ruby looked at Sneha. Sneha was a changed woman ever since that night. Not the night she was almost raped, but the night she had proved everyone wrong and found her strength to fight back. The night she had booked a cab at 2 am at night and went for a ride, just to prove to herself that she was not afraid of the world.

“And by the way don’t forget all the martial arts classes I have taken ever since. I am a black belt in karate now. And I never go out without my can of pepper spray. I knew I could handle that bully, am God remember.” Sneha winked at Ruby and picked up her glass again. 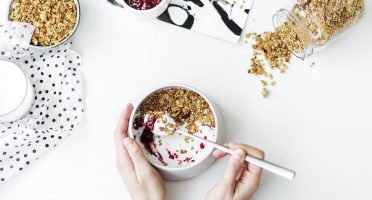 A Proud Moment In A New Mom's Life