I had never learnt to cook, which led to a comedy of errors when I got married. Though what should my being a girl, or marriage, have to do with it, really?

I had never learnt to cook, which led to a comedy of errors when I got married. Though what should my being a girl, or marriage, have to do with it, really?

For the first 27 years of my life, I never really gave the kitchen in my house an attentive second glance. It almost seemed like a place where dishes were cooked up with a flick of a wand. At best, I used it when I had to talk Amma when she was cooking or doing chores.

One day, I got engaged to get married. My parents tried to gauge my level of exposure to the kitchen. My answers either made them roar with laughter or furrow their eyebrows. Amma was often seen lamenting “Rama! Pora edathule en manatha vanga pora, ponna ipdi valathurka nu sirikka pora!” (Lord Ram! She is going to spoil my name with her in-laws, they will laugh at the way I have brought her up.)

Three months before the wedding, I did make a plan to learn culinary art, starting with sambhar and rasam on weekends, the staple diet in any South Indian household. However, the demands of shopping, scouting for photographers and makeup artists and all the other wedding paraphernalia left little time for anything but sleep. I was still unconcerned – My fiancé already cooks, I was not going to face starvation anyway.

15 days before the wedding I panicked a little, when I realized that I can’t even identify the different dals (lentils). They are so similar and also have confusingly similar names! I decided to take the shorter route (Rather like studying repeated questions, the night before an exam) and just learn the names of the dals. Inspiration strikes in desperate situations – I decided to learn the procedure as well, for sambar. My mom promptly reeled off the procedure. “Add salt, sambar powder and tomatoes to tamarind water. Bring to boil. Add cooked dal. Do not let boil. Add tadka.”

“Great”, I thought. It did sound simple enough. When the message imprinted on my brain, it sounded like “Bring tamarind water to boil. Add cooked dal (wait, what type of dal?). Do not let boil and add tadka”. Whatever happened to poor sambar powder?

Armed with this knowledge of the names of the dals and sambar-making procedure, I got married. After a beautiful ceremony, we had these little wedding games called “nalangu”. In one of these games, I am supposed to ask my husband “arisi tharen, paruppu thanga” (I will give you rice, can you give me dal?), to which he can answer whatever he wants to, but the groom most often gives his bride the “paruppu”. When I uttered those fateful words, one of our relatives (I am pretty sure that the black sheep was one of my relatives) called out “what is the name of the dal you want?”.

I looked at the harmless looking dal, which was now going to make me a laughing stock in front of a crowd, on my wedding day. It looked flat and rounded, yellow and white – it looked like all the dals! I decided to play smart – I laughed with the crowd. Oh! What a good joke! Inwardly, I was just relieved that no one pressed the question further.

Thankfully, she did not expect any help from me. I paced the living room on full alert, ready to help my mother-in-law with whatever she wanted. And out of nowhere, “Janani, can you peel the skin off these potatoes?” she says. I collected the necessary equipment and sat down. On the best of days, I am an ordinary cutter but always an abysmal peeler. I tried peeling one of the potatoes; it looked like the skin was stuck to the potato and refused stubbornly to be peeled off.

I started wondering if potatoes can be peeled. Was my mother-in-law making a mistake? Should I tell her these should be boiled only? She arrived at the scene, took one look at the few miserable threads of potato skin I had managed to wrestle away from the potato. She enlisted her son to help me. My husband came forward, looking a little smug. He then demonstrated the peeling of a potato, making it sound more like a physics lecture (“use the base of the peeler as the fulcrum to peel according to the shape of a potato” and other physics mumbo-jumbo). I tried to convey my inner voice by rolling my eyes – “shut the hell up and peel the potato”. He failed to understand the rolling of the eyes; he, however, finished peeling the other potatoes.

For the rest of my stay, my in-laws decided to keep me as far away as possible, from the kitchen. They probably thought, my presence in the kitchen (especially near knives and peelers) was a danger to myself and the rest around. Rightly, so.

After I reached the US, I survived a few days on frozen food because the husband was too tired to cook. I surprised myself by longing for rasam and sambhar. We cooked when he had time. We produced runny sambars and sort-of-but-not-almost-rasams. I had had the impression that my husband was a gourmet cook, but I had to accept the reality that my husband’s knowledge of cooking was limited to shoving everything into a cooker and steaming it.

We produced some suspicious looking mash of brinjal (it was supposed to be a brinjal shallow fry). My husband suggested we use it to block some holes in the plumbing, but he shut up when he learnt that it was either the suspicious brinjal or no vegetable at all.

At last, I surrendered to the various gurus on YouTube. After six months, a burnt pot and a few black spots in the kitchen, I am proud to say that I can cook to feed myself (oh, and my husband, and a few unlucky guests).

However, that is not the upshot of the whole journey.

Cooking gave me small victories and a lot of good firsts – the first rasam and sambar that smelled like Amma’s (I almost had tears in my eyes the first time my rasam smelled like the one Amma makes); the first chutney that tasted like chutney; the first fluffy chapathi; the first fermented dosa batter; the first idli, although a tad flat on the front and back.

I have also begun to understand Amma’s perspective. I realized what a brat I have been, turning my nose up at whatever she gave me to eat. I now understood the effort she had made every day, all these years, to put food on the plate.

It has also given much reason for amusement in the household at my expense. The husband has some innovative ideas for alternative uses for my food – from using my chapathis as an organic alternative to ceramic plates to using my thattais (round crispy snacks, popular in South India) as paperweight – he has fun, till he sees the silent threat in my eyes. He then resorts to the familiar but comforting words “Super ah irukku, Janu!” (It tastes great!)

Heh! Gotcha! Because the rule in our house is: no one messes with the one who puts food on the plate. 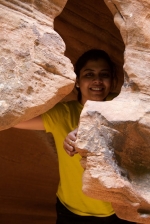 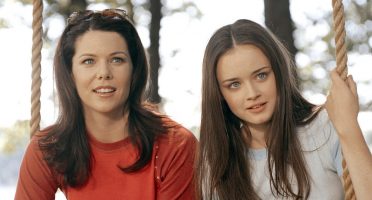 4 Reasons Why You Should Be Watching Gilmore Girls! {And Share If You're A Fan Already!}