Award winning Malayalam actress Parvathy given rape threats for her opinion on misogyny in Malayalam cinema, but her trolls are protected for 'free speech'! 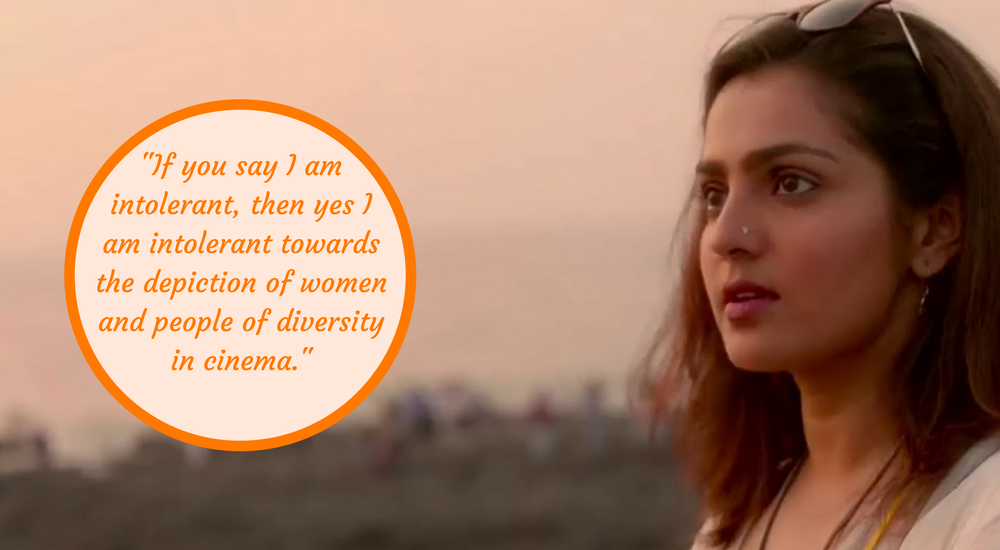 Award winning Malayalam actress Parvathy was given rape threats for her opinion on misogyny in Malayalam cinema, but her trolls were protected for ‘free speech’!

The award-winning Malayalam actress Parvathy, who recently forayed into Hindi films, is facing a continuous concerted campaign of cyberbullying because she spoke about the portrayal and glorification of misogyny in Malayalam cinema. She was speaking at a panel discussing the representation of women on screen at the International Film Festival of Kerala, and gave the example of  the super hit Malayalam movie Kasaba with actor Mammooty playing the lead.

The amount of hate-filled messages she has been receiving, and the concerted campaign to downrate the Facebook page of Women in Cinema Collective (WCC) formed after the abduction and abuse of a Malayalam actress, basically show the true patriarchal nature of fan associations, movies, and the general populist mentality.

The trailer and videos for Pritviraj and Parvathy starter My Story has also been targeted by this campaign which seems to be a coordinated effort, with trolls, and pages encouraging disliking the video. So far it has received 89,000 dislikes and 8000 likes, and the vile comments refer to this as an attack against Parvathy and “feminichis” a slang for feminists.

On the other hand, they are profusely apologising to Pritviraj who is the actor in the same movie, with comments like “sorry Pritiviraj, this is for Parvathy” and “we will watch your next movie as long as you don’t act with her.”

And all this because a woman, an actress, spoke up about an industry that misogyny is very much a part of. She also has not personally attacked anyone in her comments and only critiqued the trend of glorifying the hero even if he is misogynistic. She clarifies that it is not about curbing the creativity and not showing grey characters or characters who are intrinsically misogynistic but about the grammar of how these characters are shown and the glorification of these actions if done by a hero with a large fan following.

Two of the men who sent vile rape threats and death threats against the actress, have been arrested and charged after she approached the cyber cell. However producer Joby George who is the producer of the movie Kasaba has offered a job to one of the accused, and in his comments to The News Minute called it “an act of empathy”.

It is quite ironical to see that these same people attacking Parvathy for her opinion are showing ’empathy’ because a troll got arrested on expressing ‘his opinion’ in their words. The difference being that one was an opinion on a panel and the other was a rape/ death threat.

You can see here a scene from the movie Kasaba which was a hit in Malayalam, which Parvathy was refering to.

Parvathy in her well written post on Scroll.in writes,

“If you say I am intolerant, then yes I am intolerant towards the depiction of women and people of diversity in cinema. I don’t want to sit and squirm in my seat watching such scenes. This is my film industry and I work here. Therefore I have every right to speak about this. If someone has a logical argument to make against mine, I am all ears. All I ask for is healthy discussion and debate.

If this incident has started a discussion around ‘prevailing misogyny in Kerala’, then let me remind you that it is not like such incidents are not happening in other places across the country. I don’t want national media to portray this as a localized issue. Only when people realise that it has been happening everywhere can anything be done about it. And I am very proud that my state is making this much-needed noise so that we can pave the way for changes.”

Header image is a still from the movie Qarib Qarib Singlle